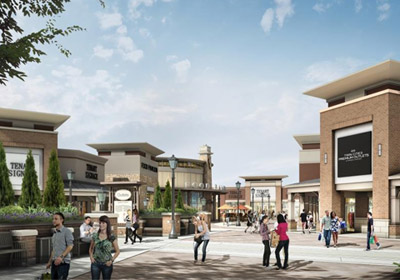 Among the many stores seeking applicants are Saks Fifth Avenue’s Off Fifth, Coach, Michael Kors, Nike, and Gap Factory Store.
May 25, 2014

A large outlet mall under construction in Eagan needs workers to fill its more than 100 planned stores—and it’s holding a job fair with the hopes of filling at least 1,600 positions.

The Twin Cities Premium Outlets is set to open on August 14. The mall’s owners said Thursday that they will hold a job fair on June 6 and seek to fill positions ranging from store associates to management to security.

Upscale retailer Saks Fifth Avenue’s discount outlet, Sak’s Off Fifth, will anchor the mall with a 28,000-square-foot store, and it is among those seeking to fill positions.

Earlier this year, the mall announced two-dozen new tenants that had signed on, bringing the space to 90 percent committed. It will ultimately have more than 100 stores, including Coach, Michael Kors, Nike, and Gap Factory Store, many of which are seeking applicants at the upcoming job fair.

Paragon Outlet Partners, a Baltimore-based commercial real estate firm, owns a 65 percent stake in the Twin Cities Premium Outlets, while the remainder is owned by the Indianapolis-based Simon Property Group.

The Pioneer Press recently reported that Eagan officials are bracing for a huge influx in traffic around the new outlet mall and even hired a consulting firm for $33,000 to develop a “travel demand management plan.”