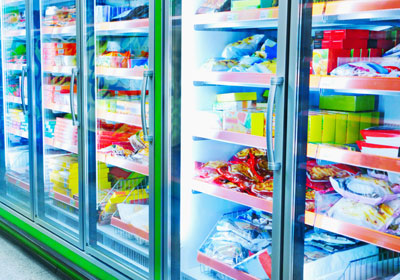 Jeno Paulucci passed away one day after he sold Bellisio Foods, but the company—and the values he instilled in it—will continue to grow.
March 01, 2012

In 1990, at the age of 72, only two days after his noncompete ran out with General Mills, Minnesota serial entrepreneur Luigino “Jeno” Paulucci started what became the largest, yet least well known of his companies, Bellisio Foods, Inc. More than two decades later on November 23, 2011, 93-year-old Paulucci sold the company for between $500 million and $600 million to New York–based private equity firm Centre Partners. One day later, he passed away.

In the 21 years that Paulucci owned the company, it underwent two name changes, moved its headquarters from Duluth to Minneapolis, and morphed from being a one-brand (Michelina’s) manufacturer of frozen dinners to also manufacturing, packing, and distributing products for other companies sold under a number of brands, including Boston Market and Newman’s Own. Through all of the changes, the company continued to champion the Paulucci values of being pro-union and hiring those often considered unemployable by other companies.

These core values will live on, as will the company’s presence in Minnesota. In fact, the only major difference moving forward will be accelerated growth, both organic and through acquisitions, according to Joel Conner, Bellisio’s CEO since 2005.

“There are probably eight to 10 acquisitions that we are looking at, with at least two of them located in Minnesota. Our focus is totally frozen foods, so smaller, frozen food manufacturers in Minnesota,” Conner says, adding that the firm should complete at least one acquisition in the first half of 2012.

“Our plan is to grow our top line and our bottom line by double digits annually over the next four to six years,” says Conner. “Centre Partners is investing in the business not to maintain its status quo, but to grow it. When you make an investment like this, you are betting on the future.”

Betting on the future  is something Paulucci was good at—first in creating, growing, and selling Chun King, and then again with Jeno’s Pizza Rolls. He started his third major food company, Luiginos, to make Italian-style frozen entrÃ©es under the brand Michelina’s (named after his mother). But as Paulucci was nearing his 90s, it was Conner who advanced the company from a single-brand focus.

“We envisioned a world for our company that was much broader than a single brand,” Conner says. “But it was a little difficult to engage others outside of our business in that vision so long as the business was branded.” The company was renamed Bellisio, after Bellisio Sofare, the mining town in Italy where Jeno’s father was born.

Conner then leveraged the company’s assets—manufacturing and distribution capabilities as well as its trade relationships—to develop strategic partnerships in which Bellisio would manufacture, package, and distribute frozen snacks and entrÃ©es for other food companies. That particular strategy generated 25 percent, or $100 million, in additional annual revenues between 2007 and 2011.

Today, Bellisio is the fourth-largest manufacturer of frozen food entrÃ©es in the United States, behind privately held NestlÃ©, ConAgra (NYSE: CAG), and Heinz (NYSE: HNX). Bellisio is the number-one manufacturer of frozen entrÃ©es in Canada, the only market in the world in which NestlÃ© is not number one. “This is not a category for the faint of heart. There are 34 manufacturers [of single-serve frozen entrÃ©es] in the United States,” says Conner. “If you enter this category you need to want to go head-on-head with NestlÃ©, ConAgra, Heinz, and us.”

Every workday, Bellisio makes 2 million frozen meals and 100 tons of pizza rolls under as many as 30 different brands. “We make pizza rolls in the Kroger brand, the Safeway brand, the Wegmans and Publix brands,” says Conner. The company also makes products for Zatarain’s, General Mills, and others. Its products are sold in 12 countries, but mostly in the United States and Canada.

“We have had great success and are getting incredible traction in the convenience-store sector, which is part of our foodservice division,” Conner notes. “These are products served hot in convenience stores. There are 144,000 convenience stores across the country, and they are all trying to compete with the quick-serve restaurants. They all have grab-and-go food. That’s a big growth opportunity for us.”

Before the recession, the average American consumer shopped at six retail outlets a month. Today, that consumer shops at eight retail outlets, a 33 percent increase in shopping locations, says Conner. Much of that growth has come in the limited-assortment grocers such as Dollar Stores, Aldi, and Save-a-Lot.

“A lot more food is being sold in the convenience store channel, and drug stores are selling a tremendous amount of groceries these days,” Conner says. “All of these locations are new opportunities for the Michelina’s brands.”
By January of 2011, Paulucci wanted to simplify his estate. He and Bellisio’s management team contacted Lazard Middle Market, a Minneapolis investment bank providing merger and acquisition support, to begin looking for a buyer who could help the company grow. One of Lazard’s calls was to Centre Partners, a New York–based middle-market private equity firm that had been in the food business earlier with Bumble Bee Foods and American Seafoods. On average, Centre Partners does three to four deals a year and holds its companies between three and 10 years.

“The first interest for us related to the quality of the people that were running Bellisio,” says Bruce Pollack, managing partner with Centre Partners. “We thought they understood the business quite well, had a passion for it, and were able to articulate a growth plan. The company has well-run, low-cost manufacturing and distribution capacities, and we have been in the food business successfully. It’s about management first and business second, and the business is extremely well positioned to grow from where it is today.”

Over the past three to five years, Bellisio’s single-serve entrÃ©e business has been solid, showing low single-digit growth in revenues; industry-wide, U.S. sales of frozen single-serve dinners and entrÃ©es have been declining. According to Nielsen data for the 52 weeks ended December 24, 2011, U.S. year-over-year unit sales of single-serve dinners and entrÃ©es slipped 3.7 percent to about 1.7 billion, while dollar sales fell 1.8 percent to $3.8 billion. By contrast, Bellisio’s unit sales grew 7.9 percent over the same period, while its dollar sales climbed 4.8 percent.

During the next three to five years, Conner expects growth to occur mostly in the United States, both organically and through acquisitions. “After that period of time, we are likely to look for growth outside of the U.S,” he adds.

?
Despite fresh growth opportunities and new ownership, Conner says that much about the company will remain the same. Back-room operations including accounting, customer relations, consumer affairs, and packaging design, will remain in Duluth, along with 30 employees. “The sort of things that people might outsource to Asia, for example, to India, we offshore to the North Shore,” Conner says. “We are very confident and comfortable that we will maintain those operations in Duluth.”

Bellisio will also retain its headquarters and 30 employees in downtown Minneapolis, and its 100-employee manufacturing plant in Lakeville, where bagged meals and foodservice products are made. “Our facility in Lakeville is significantly underutilized and has the opportunity to take on quite a good deal of additional manufacturing,” says Conner. Thus acquisitions could bring new jobs to the metro area.

The company’s main manufacturing plant will continue to operate in Jackson, Ohio, where the plant’s 1,350 employees—1,100 of them union—make pizza rolls and single-serve meals. The Ohio facility was originally a Chun King plant. In 2005, Michelina’s products, which were being manufactured in both Duluth and Ohio, were moved entirely to the Ohio facility due to its geographical location within a day’s drive to 50 percent of the U.S. population.

“Jeno ultimately had much more respect for the hourly employee—the real backbone of manufacturing—than the executive part of his organization,” says Conner. Paulucci’s father emigrated from Italy to northern Minnesota to find work in Minnesota’s iron ore mines. “The working conditions were atrocious and management was abusive. If you even breathed the word ‘union,’ you’d be blackballed and you’d never work again in northern Minnesota,” says Conner. “Jeno developed out of that experience a keen appreciation for the importance of unions and the respect of workers.”

He also believed in second chances. In 1945, Paulucci spent a night in jail after drinking to excess and chasing two men down the streets of Duluth while holding a butcher knife, according to a 2008 article in Forbes. In that article, Paulucci estimated that over the years, he had hired 10,000 people with addictions, criminal records, physical disabilities, and emotional problems. Many arrived at his company through government welfare agencies or job-placement programs, but others heard about Paulucci’s hiring practices while in prison and approached him for work after serving their time.

“Our corporate philosophy is to give people a second or third chance. We have hired a lot of people over the years—and we continue to—who have had difficulty getting or maintaining jobs in other environments,” Conner says. “It isn’t as though we go looking for felons to hire. We simply don’t hold it against someone who has made a mistake in their life. Jeno always had a very generous heart. These things are a part of our corporate DNA. They are a part of how we operated then and how we operate today and will be a part of how we operate forever.”