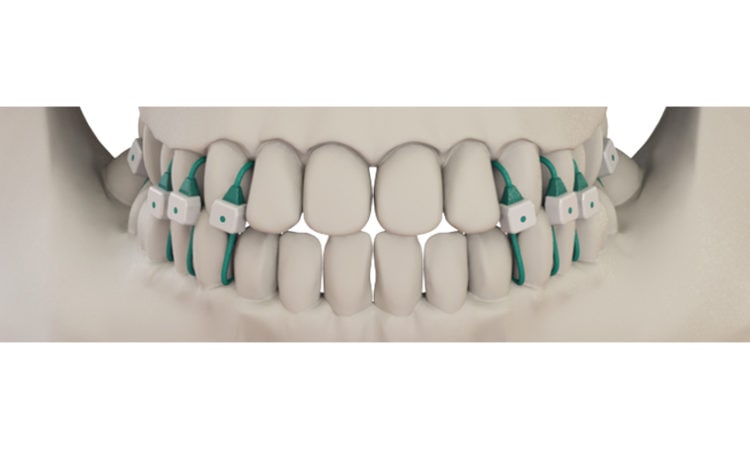 A rendering of the Minne Ties device. Photo provided by the University of Minnesota.

Kevin McIntosh, president of Summit Medical, the company with licensing rights to the device, called it a “disruptive technology that is redefining the industry.”
June 06, 2017

The U.S. Food and Drug Administration approved a jaw fracture recovery device developed at the University of Minnesota.

The device, known as Minne Ties Agile MMF, is said to be a “disruptive technology” within the field of otorhinolaryngology, or conditions involving the ear, nose, throat and related structures of the head and neck.

Patients who experience a jaw fracture from vehicle crashes, sports injuries, physical assault or, in some cases, cancer, are typically fitted with a metal wiring during recovery. That conventional technology, however, is known to cause discomfort, abrasions on the lips and gums, and gingivitis. Surgeons have even complained about their own safety when installing and removing the metal wiring as its sharp edges can either poke them or the patient, subsequently raising the risk for disease transmission.

Unlike the conventional technology, the Minne Ties device uses a collection of sutures inserted between the teeth to securely and evenly fix the jaw. The smooth clasp heads on the sutures are said to provide less discomfort for the patient and reduce the level of gum irritation and dental hygiene problems.

Dr. Alan Johnson began development on Minne Ties in 2012 when he was serving his otolaryngology residency at the University of Minnesota. Laura-Lee Brown and Christopher Rolfes, both Medical Device Center fellows, co-invented the device with Johnson alongside Samuel Levine, a professor at the university’s Department of Otolaryngology, Head, and Neck Surgery.

“I am excited to see this device reach the market and start helping people who suffer from jaw fractures experience a less invasive and more comfortable recovery process,” Johnson said in a statement.

Upon receiving FDA clearance, Johnson’s invention officially became the first technology from the U’s Innovation Fellows Program to be approved for widespread use in the market.

Edina-based Summit Medical, which manufactures medical devices for a number of conditions, including liposuction and nose surgery, inked a deal to license the Minne Ties device in 2014. With FDA approval, the company can now begin selling the product to hospitals around the nation.

“Working with the University of Minnesota and Dr. Johnson on commercializing Minne Ties has been a thoroughly positive experience,” Kevin McIntosh, president of Summit Medical, said in a statement. “We are thrilled to collaborate with their team and now to help introduce this device to the market.”