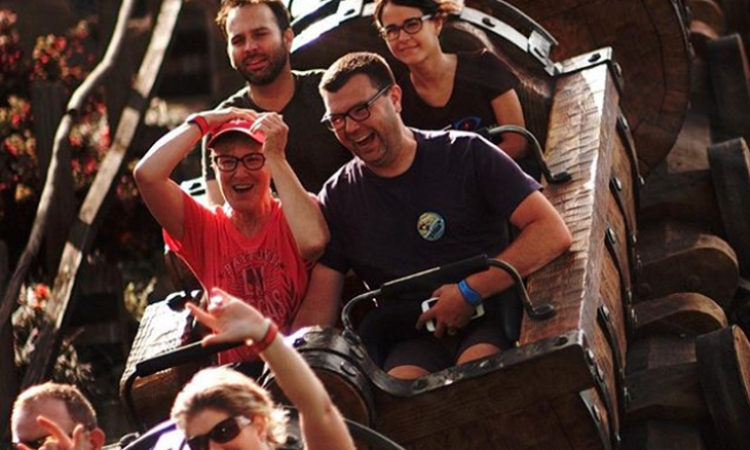 Long before he became a fixture on morning radio and television, Jason Matheson got fired from his part-time sales job at the Disney Store. They said he wasn’t “perky” enough. Proving that perky is in the eye of the beholder, that store manager should see him now, just back from his 21st trip to Disney World in the last five years and poised to launch a business venture built on his love of the theme parks.

“I’ve always been obsessed with Disney,” says Matheson, who regularly shares his passion for the parks on Fox 9’s The Jason Show and myTalk107.1’s Jason & Alexis. On Instagram, his 23,000 followers glimpse frequent scenes of Matheson and husband, Collin Matheson, traipsing through the Magic Kingdom and Epcot—drinks in hand, mouse ears on.

“Laugh, if you will, but there is a sense of magic on the grounds,” Matheson says. “Where else can two guys in their 30s and 40s walk around in mouse ears and nobody cares?”

Disney World has become an increasingly popular destination for adults-only trips. Google “Disney for adults” and you’ll find dozens of blogs filled with guides and tips for how to enjoy Disney without kids. The New York Times even published “A Grown-Up’s Guide to Walt Disney World.”

The Mathesons know Disney, and they know media—Collin is a public relations agent with Strategy Factory in Minneapolis. So they decided to develop a podcast about Disney for adults. They’re calling it Two Fairy Godfathers, and they are recording it with Matheson’s radio employer, Hubbard Broadcasting, which owns a stake in giant national podcasting platform PodcastOne.

The podcast, scheduled to launch Feb. 1, is more than a rundown of tips. “It’s about how we do Disney and debunking misperceptions,” Collin explains.

“As crowded as it can be, I’m rarely as happy and relaxed as I am when I’m at Disney World,” Jason adds, extolling “the amount of experiences: rides, great dining—which people don’t often realize—great weather, friends we have now made down here.”

The couple plans to unveil an e-commerce site filled with Fairy Godfather-branded merchandise, including T-shirts and mugs. They’re also planning a series of quarterly lunch-and-learn events.

“We want to have a good time with it,” Collin says, “and share our knowledge with people.” 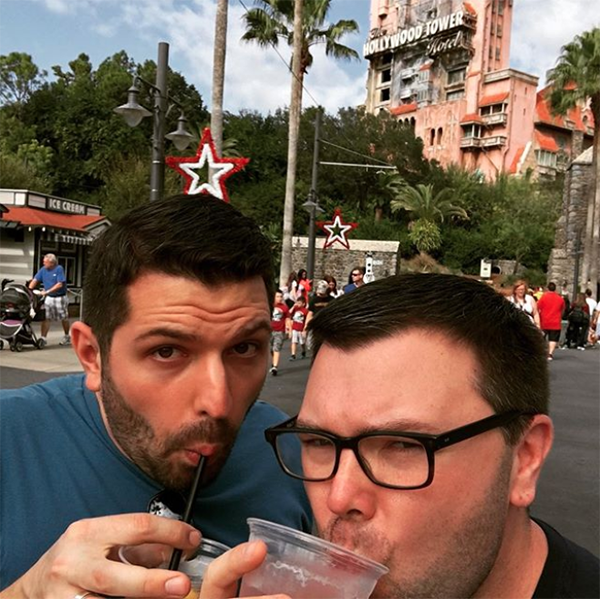