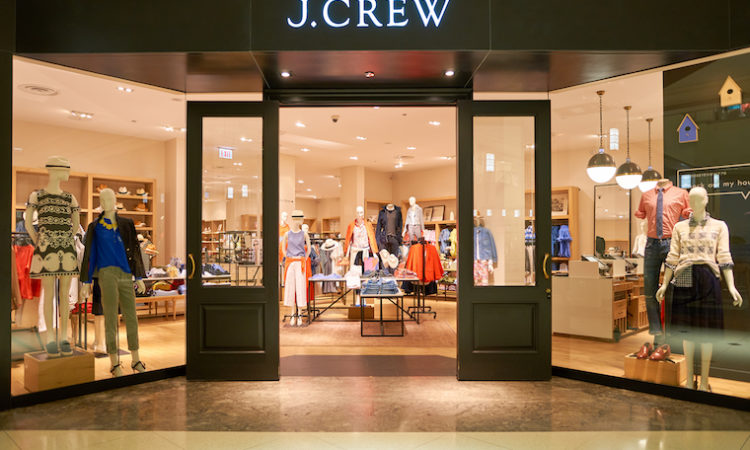 The downsizing of J.Crew continues. Rosedale Center confirmed Tuesday that the troubled retailer is packing up its boyfriend blazers and closing its store at the end of January.

The closure will leave just two J. Crew stores in the Twin Cities, on Grand Avenue in St. Paul and at Southdale Center in Edina—which was spared at the last second in 2018, when J.Crew closed its Mall of America store. The clothing chain operates outlets at Shoppes at Knollwood in St. Louis Park and Twin Cities Premium Outlets in Eagan.

While J.Crew has not been able to bounce back from a slump that followed years at the top of its game as one of the most coveted mainstream brands, its sister brand Madewell continues to grow and is preparing to spinoff and go public in the first half of 2020. Madewell, which has stores at MOA and Southdale, just announced its next Twin Cities location opening soon in the North Loop.

Meanwhile, Rosedale isn’t crying over the J.Crew t-shirt table. “We are sad to see them go but excited for what’s moving in,” says Sarah Fossen, Rosedale’s director of marketing and experience. Expect an announcement very soon, she says. And it must be fairly sizeable: J.Crew’s next door neighbor Six For Good, a local boutique featuring Minnesota-made brands, will be temporarily closing its store at the end of February to make room for something new. A spokesperson for the store said Six For Good will soon announce a new location within Rosedale to open in April.

Plans for a $100 million Rosedale expansion are in the works, including housing, a hotel, a grocery store, co-working space and more retail. Fossen says the mall is currently 98 percent leased.