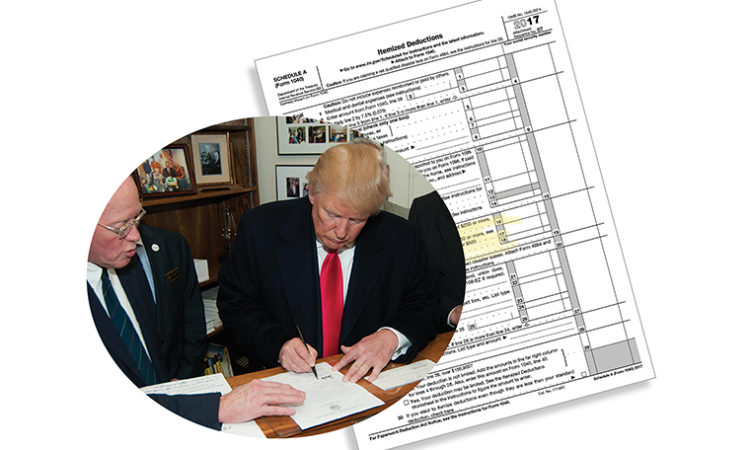 It’s Time for Nonprofits to Sing a New Song

The new tax law requires nonprofits to rethink their case for support.
By Sarah Lutman
February 28, 2018

Nonprofit organizations—of all budget sizes and types—are weighing the implications of the new tax law signed by President Trump in December. A major shift for many taxpayers will be the ability to claim the new, higher standard deduction, thereby simplifying tax returns by eliminating the need to itemize deductions.

This change can save time in preparing annual tax returns, but it also means doing away with detailed record keeping that occupies taxpayers throughout the year. For many wage earners, the higher standard deduction may mean it’s not worth itemizing deductions—including charitable contributions.

Nonprofits are worried about the impact of the higher standard deduction on charitable giving. Why? Because encouraging tax-deductible contributions to their causes has been a primary rallying cry. These concerns were especially in evidence in 2017 year-end fundraising requests.

Nearly every nonprofit solicitation stressed that “time is running out to make your contribution this year,” but also emphasized that for many donors, 2017 could be the final time a deduction could be claimed. Because of the larger standard deduction, fewer people expect to itemize. Some nonprofits were spinning disaster scenarios. They predicted that without the tax deduction, many donors would stop giving and the nonprofit sector would suffer immediate, irreparable harm.

So what happens next? Nonprofits will need to discover and test new ways to make their case to the public for donations. With tax-deductibility potentially off the table for millions of Americans who no longer itemize, the case for support will need to shift. And maybe that’s a good thing.

The new nonprofit case will need to be built around the impact the organization makes in the community and the difference a donor’s support will make toward increasing the impact. Nonprofits will need to find creative ways to capture, describe and share their stories of impact to motivate people to join the cause. The philanthropic case can no longer be about the private, transactional benefit for the individual donor, but rather will need to be about public benefit and how it is enabled and advanced through contributions.

For many organizations, this will require a substantial change in their fundraising language and practices, particularly for those with large numbers of donors who give at relatively modest levels or those that have not regularly collected stories of impact and learned to tell them.

Think about the myriad ways that donors are offered incentives like tchotchke items, ticket discounts and perks such as prime parking spots in exchange for donations. At larger contribution levels, donors are lured with special access and preferential treatment, invitations to private showings, and other behind-the-scenes activities showered on high-net-worth individuals. (Some wealthy donors have come to expect or even demand special privileges.)

It’s doubtful that the new tax law will end practices that treat a donation as a transaction benefitting the donor. But might a shift toward the language of gift-giving result in stronger bonds of community reciprocity, and in ways that can help foster civil society? When donors are asked to help because in giving they will help themselves, what ideals are at stake? How often do we see the donors’ stories highlighted and not the community beneficiaries? And how often are the donors’ names put in the spotlight? Wouldn’t it be more powerful to help donors understand what they make possible for others? Is invoking the tax deduction the most powerful story nonprofits have?

Nonprofit storytelling already was ripe for change, even before the 2017 tax bill emerged. The proliferation of nonprofit storytelling conferences, online courses, workshops and trainings is evidence that the sector is learning that to resonate with donors, the case for support must be relevant, memorable and show strong results and impact.

In October 2012, my TCB column focused on changes considered by the Obama administration about the deductibility of charitable gifts. At the time, the Congressional Budget Office was circulating 11 reform ideas based on an analysis that charitable deductions were a “tax cost,” not a “giving incentive,” and that the primary tax benefit of charitable donations went to wealthy individuals and as a key component of estate and tax planning.

The nonprofit sector consistently has railed against any proposed changes to the tax deductibility of charitable donations. Yet it is within the sector’s power to reframe the vital importance of charitable giving, regardless of whether it helps the donor financially.

The gift of time, talent and treasure indeed benefits the individuals who give these to any nonprofit organization, but not principally in terms of their tax return. The desire for community enrichment, engagement and advancement is the stronger and more lasting motivation to encourage among donors. The benefit is a more resilient, more interesting and more just community where we all can live and thrive.

For donors? Focus on the difference you want to make in the world, not the personal benefit you’ll receive. And for nonprofits? Time to sing a new song.