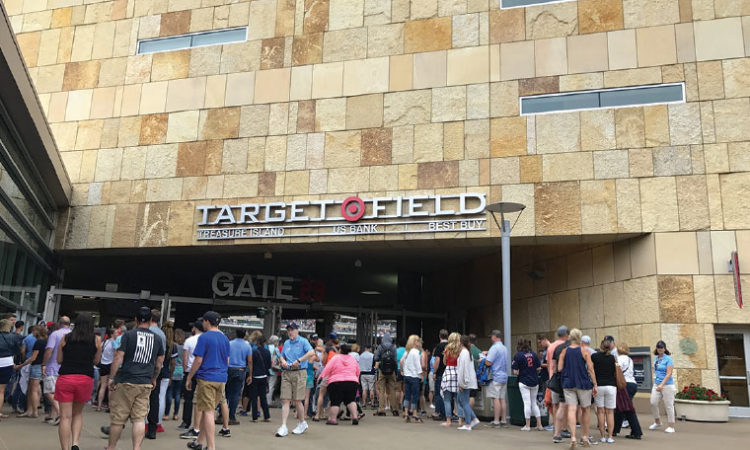 The Twins early-season attendance woes were as predictable as snow in May.
July 15, 2019

To judge by the media coverage this spring, a catastrophic situation had developed at Target Field. The Twins were winning two-thirds of their games, TV ratings were spiking, but Target Field was a ghost town. Some nights there were only two concession stands open on the entire upper deck. The helmet nachos kiosk was dark.

Data from MLB showed the team had suffered the second-largest year-over-year attendance decline this season. Had fans finally given up on the ball club that had spent most of the Target Field decade out of contention?

“Prior to May 10, our average game-time temp was 44, the coldest in baseball. Now that is a nice November day for football at TCF or Camp Randall, but it’s not what a baseball fan expects.”
—Dave St. Peter, president, Minnesota Twins

Well, every sportswriter and website needs a narrative of the day or week, and I guess this was it, because there was nothing happening at Target Field that was surprising or atypical. If the Twins can keep winning, they are more likely to end the season with the second-largest attendance jump in MLB.

Local hockey fans don’t demand winners. The NFL’s limited inventory of games and national prominence guarantees a critical mass of purple pride. But in basketball, and especially baseball, we like a winner. The Twins haven’t won a playoff series since 2002; they haven’t won a playoff game in a decade. Season-ticket sales are half what they were during Target Field’s opening years. (MLB teams report tickets sold as attendance, so the Twins nightly attendance total is basically the season-ticket base plus walk-up sales, rather than bodies through the gates, meaning many nights there have been far fewer than the 12,000-plus announced for all games.)

It’s not a nonissue. The Twins like to sell jerseys, beer, earmuffs, and massive hot dogs named after Nelson Cruz’s bat. A no-show rings no cash registers.

But sportswriters, who live in a world of climate-controlled press boxes, free food and drink, and an otherwise pampered ballpark existence, don’t really understand the fan experience. And the fan experience in spring was cold and wet. As a Twins’ partial season-ticket holder, I can tell you that three-plus hours in the elements when the game-time temp is 46 and dropping really cuts into the frivolity.

“Prior to May 10, our average game-time temp was 44, the coldest in baseball,” says Twins president Dave St. Peter. “Now that is a nice November day for football at TCF or Camp Randall, but it’s not what a baseball fan expects.” In the Metrodome era, cold and rain would drive fans to the ballpark because outdoor options were precluded. In the Target Field era, that’s sports-bar weather.

The mild spring of Target Field’s opening year, 2010, was a despicable tease. Every subsequent spring has been soggy or chilly or both. At the annual season-ticket drafts, the April tickets linger the longest; we know what we’re in for. This year, it’s just been a measure of discomfort worse.

St. Peter is quick to note that most northern tier teams that play in an outdoor ballpark (Boston, New York AL/NL, Detroit, Cleveland, Chicago AL/NL, Colorado) have suffered through miserable spring weather. Heck, LA had measurable rain several times in early May. “What’s different,” he says, “is we’re starting the season in late March now, which is not a trend line we love.”

Most baseball lovers like myself continue to support the Twins’ decision to build a ballpark without a roof. Milwaukee’s dirigible hanger Miller Park feels plasticky and lacks intimacy by comparison. They never cancel, though.

The Twins’ first owners, the Griffith family, “warned us,” St. Peter says. “It won’t be precip, it will be the threat of precip that will depress ticket sales. People buy on the forecast.” It seems like almost every day of spring there was a chance of rain, right?

What proved the game-changer was the team’s $5 cheap-seats promotion in early May. It not only sold out the limited quantity of seats being offered, it had a carryover effect, St. Peter says. “Our research showed the fan base had started to get energized, but was still holding back.” Maybe it was the weather, maybe it was reluctance to invest in a team that had been so disappointing for so long. Five dollar seats primed the pump and got ‘em off the couch—“two-thirds of the buyers had not attended a Twins game in the last three seasons,” St. Peter says, adding that fans bought a lot of non-$5 tickets as well.

The ball club is trying other tactics. Earlier starts, at 6:40 p.m., have been a well-received way to combat increasingly long games, while multi-month ballpark “pass” sales have seen some success with millennial fans looking to use the entire ballpark as a social setting rather than merely seeking a fixed seat.

The resurgence in the win column is likely the result of a thorough remake of the baseball operations department several years back that is starting to bear fruit. The Twins are no longer the analog outlier in a digital game.

In the end, though, Mother Nature holds sway. Minnesotans will turn out for baseball when the weather turns. Ask any season-ticket holder. 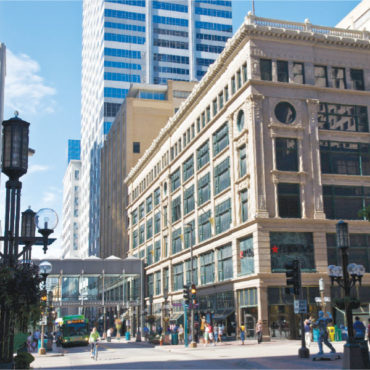