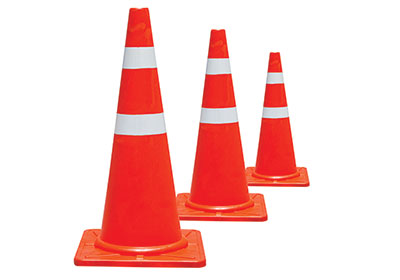 Is The Nicollet Mall Bus Detour A Bust Or Boon For Business?

For years, Nicollet Mall restaurants and other businesses have bemoaned the impacts of the various bus stops along the mall and their tendency to act as focusing agents for unsavory behavior. From panhandling and petty crime to harassment and intimidation, the common wisdom was that removing the bus stops would enhance the welcoming aspect of the street for people who come downtown to eat or shop. (The noxious bus fumes were largely eliminated in recent years with hybrid buses.)

June–September crime statistics are ambiguous. Reported incidents on the mall are down, but there is enough variation in the data to render it unconvincing.

The $50 million reconstruction of Nicollet Mall accomplishes the removal of all bus service for two years, but it has rendered the street rather deserted and torn up in places. Broken concrete, construction cones and jersey barriers have resulted in twisting pedestrian paths. But businesses along the street aren’t unhappy.

Steve Cramer, president of the Minneapolis Downtown Council, says complaints coming in from member organizations have been few and far between. “It’s hard to go out there and pretend that there’s been no impacts,” he says, but “we haven’t received feedback from businesses about dramatic drops in sales.”

Lunch and happy-hour business is up at McCormick & Schmick’s (Ninth and Nicollet) in the US Bank Tower. General manager John Ziegler attributes the bump to his building’s resident customers avoiding/waiting out downtown construction and gridlock. (M&S dinner business is slightly off since the mall went under the knife.) Ziegler has noticed a decline in panhandling and other harassment, but observers say that it’s just moved elsewhere in downtown.

While major construction projects such as the Green Line along University Avenue caused long-term business declines, downtown seems to have some built-in resiliency. Also, most street closures result in loss of parking, but there never was any parking on the mall.

Two longtime restaurants on the mall, Masa and Vincent, announced plans to close. Masa did cite the expectation of months of construction as one factor in its decision not to renew its lease. But Vincent Francoual, owner of Vincent, specifically noted that the street makeover wasn’t connected to the closure.