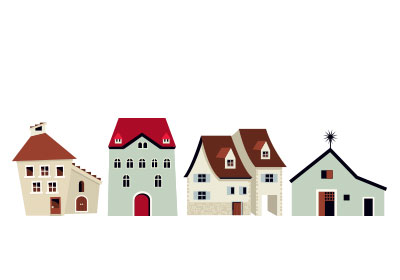 Some newly licensed agents saw it as a good time to start a new career.
March 01, 2015

Paul Tharp traded a guaranteed biweekly paycheck with commission for a guarantee of nothing, as he puts it, because he wasn’t excited each day he reported to work at his sales job. For Kate Buckley, it was a grueling travel schedule and the politics of corporate life that swayed her. Together, the Coldwell Banker Burnet (CBB) agents represent a growing crop of newly licensed agents joining the firm in recent years.

“I think what we’re seeing right now—I wouldn’t call it a boom but a little more of a return to normal,” says Matt Baker, CBB senior vice president of the Minneapolis-based firm. He’s referring to the decline in real estate sales agents brought on by the housing and financial crises and concurrent recession. The Bureau of Labor Statistics reported 4,150 real estate sales agents in Minnesota in 2006—3,940 in the Minneapolis-St. Paul-Bloomington-area. Those numbers fell to 2,200 and 1,990, respectively by 2011. And though national, statewide and even local numbers continued to trickle downward, CBB reported a 54 percent increase in newly licensed agents in 2013 over the previous year (2014 data was not available at press time).

This new crop of agents is different, says Baker. “Millennials are much more grounded than what we previously had. New candidates are much more thoughtful and long-term in looking at [real estate] as an alternative.” During the boom years, prospective agents viewed the job as a short-term path to easy income—a strategy Baker concedes may have worked before the crisis but certainly not now.

Instead, as Tharp and Buckley attest, exchanging a secure job for a career in real estate involves plenty of planning. Buckley, who like Tharp is now 18 months into a tenure as an agent, suggests that it requires patience—and working capital, if you will. “You’re not going to be making a million dollars on day one.”

Now agents like Tharp and Buckley may be well positioned to see their risk rewarded: Baker says CBB is seeing a shift from renting to buying in the consumer population. “We’re returning to a much more normal, sustainable marketplace.”