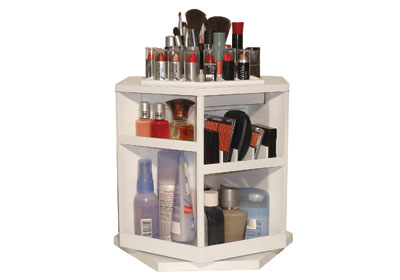 IP Protection: Not Just for Techies-November 2011

The phrase “intellectual property” might make you think of software and smartphones. “But inventions can oftentimes be well-known things put together in an unique way,” notes intellectual-property attorney Natalie Kadievitch, a shareholder with Minneapolis law firm Fredrikson & Byron.

One of her longtime clients is Lori Greiner, whose Chicago-based company, For Your Ease Only, Inc., has racked up total sales now approaching $500 million. Her monthly show on QVC has been airing for more than a decade. Her products also are sold by retailers including Bed Bath and Beyond.

Kadievitch first met Greiner in 1996, when Kadievitch was working as an attorney in Chicago. Greiner brought her a product idea she thought would sell—a case that would let women see many pairs of earrings at once, instead of rummaging through jumbled little drawers in a jewelry box.

By Kadievitch’s count, that was 108 domestic and foreign patents ago. Greiner turned out to be an extraordinarily prolific inventor of household items (like the tabletop spinning cosmetic organizer). At least one of those patents turned out to be useful. Kadievitch was able to ask one copycat of a Greiner product to cease and desist. The knockoff producer had been told by its attorney that such designs couldn’t be patented.

“People don’t necessarily think of these as the types of inventions worth protecting,” Kadievitch notes. She knows better.