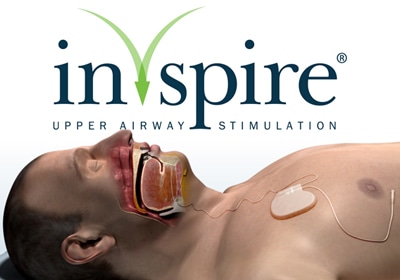 The medical device company also added two new board members, one of which is Marilyn Carlson Nelson, the former CEO of hospitality company Carlson.
November 26, 2016

Inspire Medical Systems closed on the remaining $25 million it was looking to raise in its Series F round, the medical device company said Wednesday.

Financing for the Series F round was led by Amzak Health, a capital management firm from Florida.

Inspire said the capital infusion will go toward expanding the marketing efforts of its obstructive sleep apnea (OSA) device.

After spinning out of Medtronic in 2007, Inspire began work on its flagship OSA implant, which is shaped like a pacemaker and placed in a person’s chest. While a person is sleeping, the device will monitor breathing patterns and deliver mild electrical stimulation to the tongue and other airway muscles when breathing becomes obstructed.

On top of wrapping its latest funding round, Inspire CEO Tim Herbert said the company also achieved its 1,000th patient implant and completion of training at its 100th hospital.

Furthermore, two new members will be joining the company’s board: Joyce Erony, a partner at Amzak Health, and Marilyn Carlson Nelson, former CEO of Carlson Companies, a Minnetonka-based travel and hospitality conglomerate.

“Having Marilyn Carlson join the Inspire Board is personally and professionally very important to Inspire,” Herbert said in a statement. “Her late husband [and former Medtronic CEO], Dr. Glen Nelson, was instrumental in Inspire’s launch and growth and I know Marilyn will bring similar inspiration and leadership to the team at Inspire.”