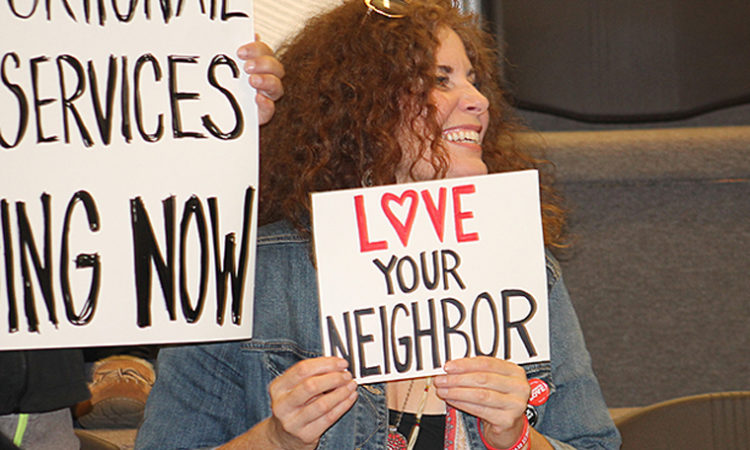 Inside the Economic Impact of Immigration on the St. Cloud Region

According to a U.S. Census Bureau survey, the number of minority-owned companies in the U.S. grew by nearly 5 percent in 2014.
By Ibrahim Hirsi
October 31, 2017

On a recent evening in St. Cloud, an hour before the city council would debate the fate of a proposed moratorium on refugee resettlement in the city, Feisal Ali stood in the parking lot of the city’s largest Somali-American strip mall, trying to make sense of the controversial plan.

As he thought about it, several passersby waved and shouted greetings as they walked into the mall, which serves as both a social and business hub for the growing Somali-American community in the region. They stopped by the Somali-owned Afya Pharmacy, or joined people chatting over tea, or squeezing into the packed coffee shop, where young men took turns playing dominoes.

Later that evening, more than 300 people — Ali among them — gathered at St. Cloud’s City Hall, where city officials would discuss the proposed refugee resettlement ban.

And though the moratorium wasn’t voted on — in fact, a resolution “in support of a just and welcoming community” passed in response to the proposed ban — the meeting nevertheless included discussions about the cost of having people born in other countries settle in St. Cloud.

Even amid the expressions of support, though, Ali couldn’t help but notice what wasn’t much talked about. Not just the costs, but the business and economic benefits those same immigrants and refugees have created in the city. “These days, politicians like to use immigrants and refugees as a tool to promote their personal goals,” said Ali, a student at St. Cloud State University who also owns the Pelican Pro Logistics trucking company. “Everybody sees these thriving Somali-owned businesses, but they don’t want to talk about it.”

The cost of resettling refugees

St. Cloud City Council Member Jeff Johnson first brought up the moratorium at an Oct. 9 meeting. Under Johnson’s proposal, St. Cloud would temporarily impose a ban on primary refugee resettlements in St. Cloud until the city conducts an economic impact study of the costs of refugee services and the number of refugees expected to come in the city.

The resolution also proposed that the St. Cloud government take more of a role in any resettlement activities, and cites the Refugee Act of 1980, which notes that “local voluntary agency activities should be conducted in close cooperation and advance consultation with (s)tate and local governments.”

In proposing the moratorium, Johnson has said that those agencies haven’t been in communication with city government and that “none of the council members have any idea how we got to this saturation number of people” in St. Cloud.

The catalyst for Johnson’s resolution was a plan by Lutheran Social Services of Minnesota— one of five resettlement agencies operating in the state — to place about 225 refugees in St. Cloud over the next year.

Over the past decade, more than 20,000 refugees — most of them escaping violence and persecution in Burma, Ethiopia, Iraq and Somalia — have arrived in Minnesota through the refugee resettlement program. Of those, roughly 1,400 ended up in the St. Cloud region.

Since the 2016 presidential campaign, however, questions about the vetting of refugees and the cost of resettlement have become political flashpoints in communities across the country, including St. Cloud.

All of which raises two obvious questions: What does that process really look like — and how much does it cost?

Before arriving in the U.S., refugees undergo a vetting process that includes multiple in-person interviews, fingerprints and background checks administered by the U.S. Department of State and the Department of Homeland Security.

Once refugees are cleared for resettlement, they begin another phase of the process: multiple health screenings to record their medical history and detect — or treat — infections or communicable diseases.

Following that phase is the final stage of the process, where refugees participate in mandatory cultural orientation classes that prepare them for how to live and work in the U.S.

At that point, the International Organization for Migration (IOM), an intergovernmental organization with 166 member-countries, arranges an interest-free loan program that covers the cost of airline tickets for refugees. 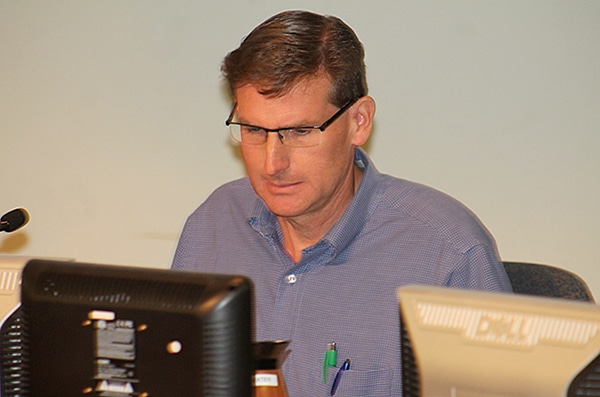 While that is happening, each refugee’s case is transferred to one of nine agencies in the U.S. that are contracted with the federal government to process the refugee’s resettlement. Those agencies arrange a 90-day reception process for the new arrivals, providing them with housing services, cash assistance and other basic necessities.

The U.S. government allocates resettlement agencies a one-time $925 for each refugee to pay rent and buy food and furniture and other material needs. “That’s not very much,” said Micaela Schuneman, director of refugee services at the International Institute of Minnesota. “Most of it goes towards rent.”

After the 90-day reception period is over, the resettlement agencies discontinue those support services, with the expectation that refugees become self-sufficient and secure employment within that period. At this point, the refugees also start receiving notifications from IOM, asking them to pay back the cost of their plane tickets — payments the agency uses to reimburse the U.S. government for covering refugee transportation.

If refugees aren’t able to stand on their own feet after that period, they’re eligible to access some public benefits — including food, cash and medical assistance — for which all low-income legal residents can qualify. (There are some forms of assistance, however — including housing programs — that new arrivals don’t qualify for unless they’ve lived in the U.S. for a certain period of time.)

As St. Cloud City Council Member Jeff Goerger pointed out at Monday’s meeting, though, none of costs for any of the resettlement services are borne by the city. As he noted, the federal, state and county governments “are responsible for the funding, management, and relocation of refugees.”

The cost and benefits of accepting refugees in the United States is a highly debated, and often emotional, topic — even within the Trump administration.

To make a case for an effort to reduce the annual number refugee additions, some senior officials in the administration have argued that refugees receive more in welfare than they pay in taxes. But in September, according to a draft of a report leaked to the New York Times, the Department of Health and Human Services found that refugees actually generate “$63 billion more in government revenues over the past decade than they cost.”

In Minnesota, numerous studies have also attempted to quantify the costs and benefits of refugee populations. Ryan Allen, University of Minnesota professor, released the latest such study in January, concluding that the state’s future population and economic growth depends on increased immigrant and refugee admissions. 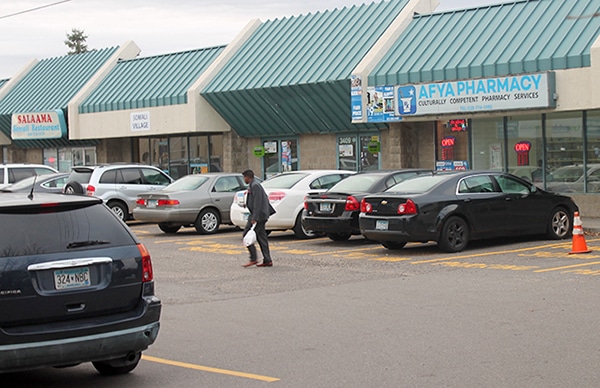 Johnson’s proposal includes an economic impact assessment that would cover some of the same ground when it came to foreign-born residents in St. Cloud. But many say they already know the impact of that population. Clark Goldenrod, the policy analyst of the Minnesota Budget Project, said the estimated 9,000 foreign-born residents who call the region home have become an important part of the area’s economy. About 70 percent of those residents, for example, are participating in the workforce — a rate that compares to the overall workforce participation of native-born Americans in the region. “They’re filling important roles in the St. Cloud economy,” Goldenrod said. “Minnesota is increasingly relying on immigrant workers to fill critical roles in our workforce.”

Many of the foreign-born residents in the area have high levels of formal education, Goldenrod said, and have jobs in a variety of occupations. For example, about a third of them work in production and transportation, while a quarter hold management positions.

Ali is representative of a growing number of St. Cloud's Somali-Americans, the group that is most synonymous with immigrants and refugees in the city. Since moving to the city in 2013, Ali has owned and operated Pelican Pro Logistics, a trucking company in north St. Cloud that manages transportation and freight logistics for businesses.

Over the past five years, he’s noticed many Somali-owned businesses slowly popping up across neighborhoods in south and north St. Cloud: the Mogadishu Grocery; the Hormud Meat and Grocery Market; and the Third Street and the Global Malls.

For all that, though, Ali said he wasn’t surprised that an elected official proposed a plan to ban refugee resettlement in St. Cloud, drawing parallels between Johnson’s resolution and President Donald Trump’s travel ban, which restricts refugees from several predominately Muslim countries from entering the U.S.

He wondered, however, whether people like Johnson genuinely believe that refugee and immigrant residents in St. Cloud are a drain on the economy or if they just want to minimize how important they are to the area’s future. “When you really look at the reality, immigrants and refugees bring much more to St. Cloud than people think,” he said.