One expert suggests tax from sports betting in the state won’t trump what the lottery brings in, but this could change over time.
By Sam Schaust
May 17, 2018

As a state with 40 licensed tribal gambling facilities — beat only by Nevada, California and Oklahoma — Minnesota is among the more well-positioned states to capitalize on the legalization of sports gambling and with it potentially millions, if not one day billions, of new tax dollars.

But could the payout be that big? Early on, it doesn’t appear so.

“It may sound like it’s a lot of money but it’s not either,” says Victor Matheson, who received his Ph.D. in economics from the University of Minnesota and is now a professor at the College of the Holy Cross in Massachusetts with a specialization in sports economics, lotteries and gaming.

For comparison, Matheson looked at another Minnesota gaming institution: lotteries. “For every dollar wagered in the lottery, the state of Minnesota gets about 25 cents,” he says. “But for every dollar wagered in sports betting, you might expect the state of Minnesota to get about a penny-and-a-half. Within five years you can’t imagine sports betting in Minnesota being more than one-fifth or one-tenth the size of lottery revenues being generated by the state.”

The difference, as Matheson points out, comes down to the tax rate.

Last year, the Minnesota State Lottery reported $563.5 million in revenue. Factoring in net proceeds to the state, unclaimed prizes and other contributions, Minnesota walked away with just over $139 million.

Sports gambling, by comparison, is taxed at a fraction of the lottery’s rate. In Nevada — the only state where sports betting was legal before the Supreme Court’s ruling Monday — a 6.75 percent rate was imposed on gross gaming revenues. New Jersey, meanwhile, is planning a 12 percent tax on online sports gambling and most states are expected to fall within a similar range — minus Pennsylvania which enacted a 34 percent tax.

The market, on the other hand, is hard to size up. Oxford Economics last estimated the national spend on illegal sports bets in 2016 to be $107 billion.

Matheson anticipates some states, namely Utah, Alaska and Hawaii, won’t create legislation to take advantage of the new tax source. “Places without pro sports but with a big NCAA footprint might be slower to adopt as well,” he adds.

“The reason is this: No one is worried about any of the Vikings, Twins or Timberwolves throwing games because when you are on salary for $5 million a year, you’re not throwing that away to a mobster trying to fix a game,” says Matheson. “But when you’re the NCAA and the University of Minnesota — these sort of places that have Division 1 sports — you have [non-professional] athletes who are much more susceptible to bribery because you’re not paying them. In places where the NCAA has a lot of pull [like Indiana where it is headquartered], those states may be slow to adopt.”

With its existing casino and gambling regulatory framework, Minnesota has a big leg up in the race to tax sports wagers.

“New Jersey basically wanted to add a sports book to any existing casino in Atlantic City,” says Matheson, citing this as the impetus of the case that was decided by the Supreme Court. “That’s a super, super easy thing to do very quickly because you already have a state gaming commission and already-regulated facilities. I wouldn’t be surprised at all if that’s the route Minnesota goes quickly. The second step is where you go beyond that.”

John Spry, an associate professor of finance at the Opus College of Business at the University of St. Thomas, agrees that a lengthy list of questions will now need to be answered by Minnesota lawmakers regarding how such a tax would be structured.

“There are choices of: How do you tax it? Will there be efforts to have some of the amount bet go to leagues like the NBA? Do you give a limited number of people rights or anybody who wants to start a business and can pass a regulatory background check the ability of entry?” he says. “There’s this dimension of if you did it, then how you would do it.” 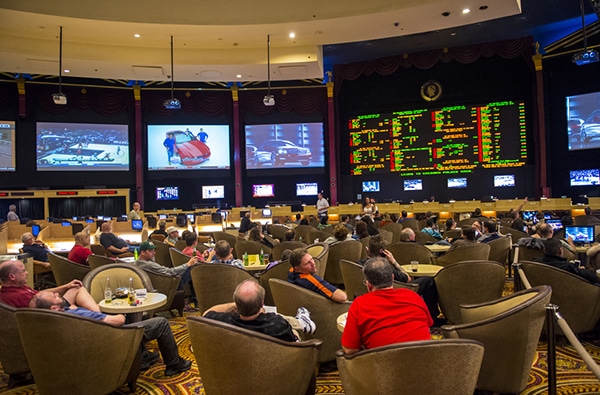 Existing regulators within Minnesota have been ready for these conversations.

“We have been promulgating rules in anticipation of this,” says Gary Danger, the compliance officer at the Minnesota Gambling Control Board.

When faced with the question who among the state’s existing gambling regulatory bodies would likely monitor sports gambling, Danger says, “It’ll kind of depend on what the sports betting activity is going to be. If it relates to the charities conducting charitable gambling, that would be our agency. If it’s something else — that could be lottery or horse racing — the Legislature is going to need to define better what would be allowed and who’s jurisdiction it would fall under.”

For now, the issue is up to the Legislature to decide.

A number of states may consider going into a special session to pass a bill introducing a sports gambling tax. Minnesota, with its session scheduled to end Monday, is among those looking at such a dilemma.

“I think there are about five or six states where I wouldn’t be surprised at all to see [a sports gambling tax] in place by summer easily,” says Matheson. “Then most others — another 15 to 25 or so — I expect will have something in place within another year to 18 months.”

Similar to Minnesota, those states will likely first introduce a system for citizens to place bets within existing gambling institutions, like casinos or race tracks, before language is added to extend gambling to online book keepers and others without casino ties.

With an already long list of to-dos and not much time left to act this session, is Minnesota likely to enact such a system this year?

“’I don’t know’ is the simple answer,” Governor Mark Dayton told reporters during a press conference Monday, not long after the Supreme Court’s ruling was announced. When pressed to clarify, Dayton hinted that he’d like to see a bill passed soon. “I’m for Minnesota getting a share of the profits that occur from what’s already going on,” he said. “The fact that it’s going on — billions of dollars [spent on illegal sports gambling annually] — and the state of Minnesota is getting no benefit from that, I would like to correct that, for sure.”

And Dayton’s not alone.

Just last month, with the foresight that such a ruling could occur, state Rep. Pat Garofalo, a Republican from Farmington, introduced a bill advocating that Minnesota set up the legal framework to regulate and tax a potential sports betting market. That bill, Garofalo told Twin Cities Business, is now more relevant than ever.

“For too long, Minnesotans wanting to engage in sports gambling have had to rely on an unregulated and unsafe black market,” he said. “That’s why it is imperative that we move as quickly as possible to ensure a fair and transparent sports gambling infrastructure is in place in Minnesota. Over the last six months, I've worked with interested parties to allow for safe, fair and legalized sports gambling in our state. I will continue this work of finding a resolution as soon as possible.”

Minnesota’s existing gambling bodies are now starting to determine the exact ways in which they’d fit within the new system. Among them is the Minnesota Indian Gaming Association (MIGA) representing the state’s 19 tribal casinos, which together run the 40 licensed gambling facilities in the state. “Whenever new forms of gambling are proposed,” the agency said in a statement, “Indian tribes must carefully consider how these changes could affect the enterprises that serve as our tax base.”

(When Garofalo’s bill was being passed around the Legislature in April, he told the Star Tribune he would never “submit a sports gambling bill that tribal casinos are opposed to.”)

MIGA says it plans to study the matter and work with lawmakers to make sure it is “fully considered in the development of Minnesota’s sports gambling policy.” 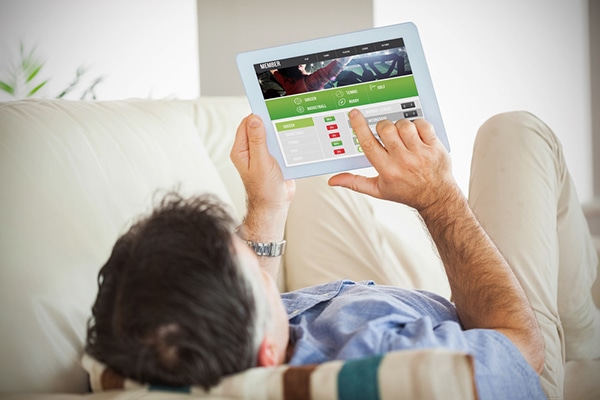 Expert Victor Matheson expects sports fans will one day have the option to wage bets on games from virtually anywhere with an internet connection.

Even sports data agencies stand to gain from expanded sports gambling legalization. Among those companies are Sportradar US, a real-time statistics provider, which keeps its U.S. operational headquarters in Minneapolis.

“Many of the bookmakers in Nevada [already] make use of our Live Odds to support their in-play wagering offer,” says Sportradar US vice president of sales Neale Deeley. “In the run up to the Supreme Court decision we have been exceptionally busy expanding our U.S. sports offering and building up our team in the U.S. to support the operators as they commence operations.”

Sportradar US for years has been providing book keepers everything from a full turnkey sportsbook down to live score feeds. “Hopefully U.S. operators outside Nevada will soon have the opportunity to find out why so many of the world's bookmakers rely on our services,” Deeley adds.

While it remains unclear how the Legislature will proceed with the potential legalization of sports gambling, Matheson argues the future is full of possibility, including the ability to gamble while watching a game from your stadium seat or neighborhood bar.

“The future of this will assumingly involve placing a bet on every batter of the Twins lineup,” he says. “It’s not about placing one bet on if the Twins win this game, it’s about placing 100 bets over the course of one game and gambling multiple times throughout one inning. I don’t think this is something Minnesota is going to have for this upcoming Vikings season, for instance, or even next season, but I don’t think anyone in the business would be surprised if this isn’t commonplace in five years because that’s probably where the big money is.”