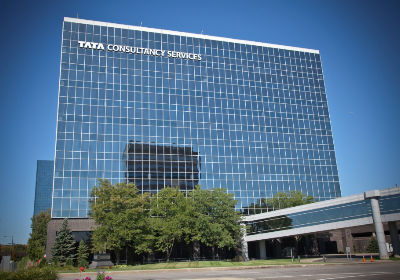 The state gave Tata Consultancy Services a $500,000 loan to help with its expansion, half of which will be forgiven after the jobs are created; the company says the hiring will occur over the next two years.
September 27, 2012

Tata Consultancy Services (TCS) is opening an office in Bloomington, where it plans to create 150 new jobs.

The Mumbai, India-based IT company already employs about 1,000 in Minnesota. TCS said Monday that its newest office at the Normandale Lake Office Park will house 300 employees—150 new high-tech workers and 150 employees who will relocate from other local offices.

A Tata spokeswoman told Twin Cities Business that TCS will hire the new workers over the next two years. They will be “tech specialists” working in a variety of fields, and their tasks could include things like setting up network infrastructures or moving clients to cloud computing.

The Minnesota Department of Employment and Economic Development (DEED) said Monday that it has awarded a $500,000 loan to help with TCS’ Bloomington expansion. Half the loan will be forgiven after TCS creates the promised 150 high-tech jobs—and if those jobs pay a $27-per-hour average wage.

“The decision to open a new TCS facility in the Minneapolis region is part of our company’s ongoing commitment to grow our presence in each and every market we serve,” TCS CEO and Managing Director N. Chandrasekaran said in a statement. “Over the past few years, Minnesota has put an emphasis on technological innovation that aligns with TCS’ breadth of industry expertise, innovative engineering strength, and commitment to providing cutting-edge solutions, and will only enhance the scope and scale of our customer offerings in North America.”

TCS has signed a lease for 50,000 square feet of space on the sixth and seventh floors of the 8300 Tower at the Normandale Lake Office Park. According to DEED, TCS officials were attracted to the site because of its proximity to the Minneapolis-St. Paul International Airport and the area’s many amenities—including its restaurants, shops, meeting facilities, and nearby trails.

“We are very excited and deeply grateful that Tata Consultancy Services has decided to expand its operations in Minnesota,” Governor Mark Dayton said in a statement.  “The company will become a very important employer in Bloomington, and we look forward to assisting its continued success and growth in Minnesota.”

TCS—which offers IT services, consulting, and business solutions—currently employs 243,000 people in 42 countries. It has 18 offices across the United States, including the one in Bloomington. TCS’ consolidated revenue totaled $10.2 billion for the fiscal year that ended in March.