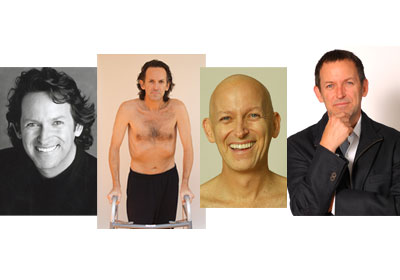 Juut’s David Wagner shared his weakness to make his company stronger.
May 11, 2010

He’d led Juut for 24 years. But suddenly, “it was important for the staff to learn that the future of the company wasn’t dependent on me, but was dependent on them.”

He might have tried hiding his illness (Steve Jobs–style secrecy) to stave off rumors and worries about the future of the Minneapolis-based salon chain’s eight stores and 400 employees. Instead, for his own sake and the company’s, Wagner made his illness very public.

He sent out e-mail blasts to his staff and customers. He posted videos and photos on a personal Web site, sharing the effects of cancer on his body and his emotions. Having built a career on styling hair and selling beauty, Wagner posted shirtless images of himself after losing 40 pounds and then his hair.

Others at Juut needed to see that they could step up to new responsibilities, and he let them. “It was a great exercise” he says, and one that every leader should try, “to see which decisions I needed to make and which ones I was willing to let them take.”

He adds, “It was also beneficial for the staff to watch me deal with the adversity of cancer” because it put perspective on the company’s downturn during the recession. Even so, he wanted them to see that Juut was still in growth mode.

He negotiated a lease for a new salon in Roseville while he was going through chemotherapy at the Mayo Clinic. He continued to hold regular leadership team meetings and remained visibly involved as a strategic and creative leader of the company. Then in December, doctors told Wagner he was cancer free.

It’s been a “very bewildering year,” he says. But being active in the company gave him goals to focus on outside of fighting his illness. Work gave him joy and creative fulfillment.

The Roseville location opens in May, and Wagner has been overseeing the design and construction. And his hair is back.