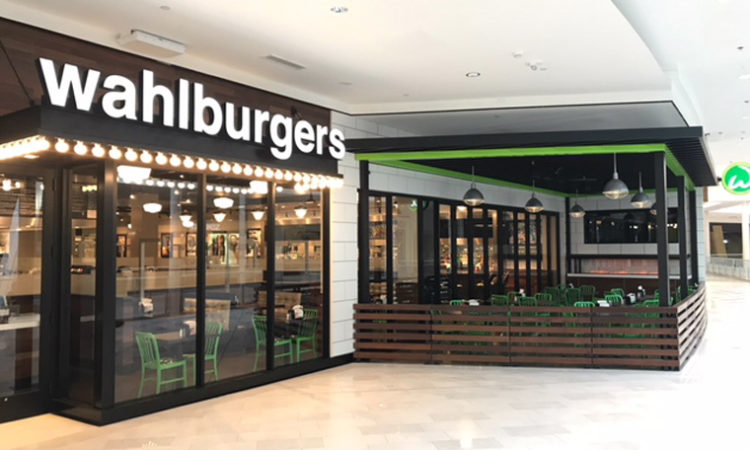 Wahlburgers' location at the Mall of America. (Photo from Hy-Vee)

The supermarket chain plans to make Minnesota a Wahlburgers hotspot with a number of its planned 26 locations set to open in the state by the end of 2021.
By Sam Schaust
May 22, 2018

Hy-Vee kicked off its rollout of the Wahlburgers burger chain in Minnesota on Tuesday, opening the first of several restaurants in Minnesota within the next three years.

As it was done with famed gourmet burger chain Shake Shack, the Mall of America was chosen as the Minnesota entry point for Wahlburgers. The location, as the Star Tribune reports, features a full-service bar and space to seat 200 customers.

Wahlburgers founders and brothers Paul, Donnie and Mark Wahlberg will be in town to celebrate the opening of the new restaurant on the north side of the second floor of Mall of America on May 31.

Boston-based Wahlburgers was founded in 2011 and since 2014 has been the subject of an A&E network reality show that shares the restaurant’s name. There are currently 27 Wahlburgers restaurants and three food trucks across 16 states and Canada.

Wes Des Moines-based supermarket chain Hy-Vee unveiled its franchisee agreement with Wahlburgers last August. Along with building, owning and operating a planned 26 restaurants across eight states including Minnesota, Hy-Vee will be incorporating certain items from Wahlburgers menu into the Market Grille restaurants that operate alongside its grocery stores.

Hy-Vee CEO Randy Edeker did not reveal to the Star Tribune the site of the next Wahlburgers location in Minnesota, but said it would be somewhere in Maple Grove. 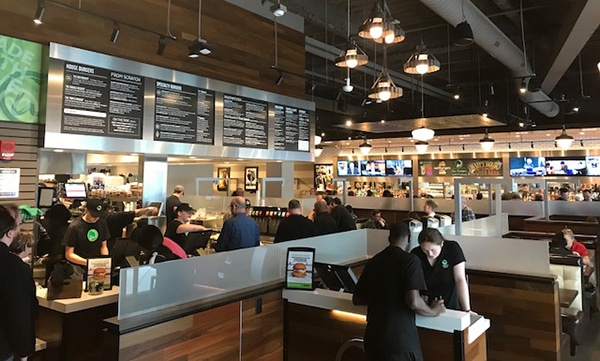 The interior of Wahlburgers' Mall of America location. (Photo from Hy-Vee) 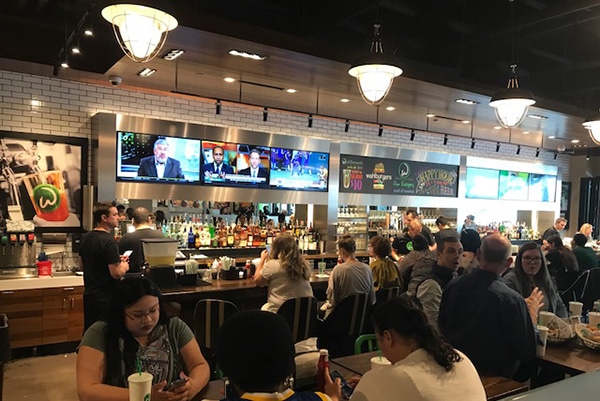 The bar area of Wahlburgers at Mall of America. (Photo from Hy-Vee)