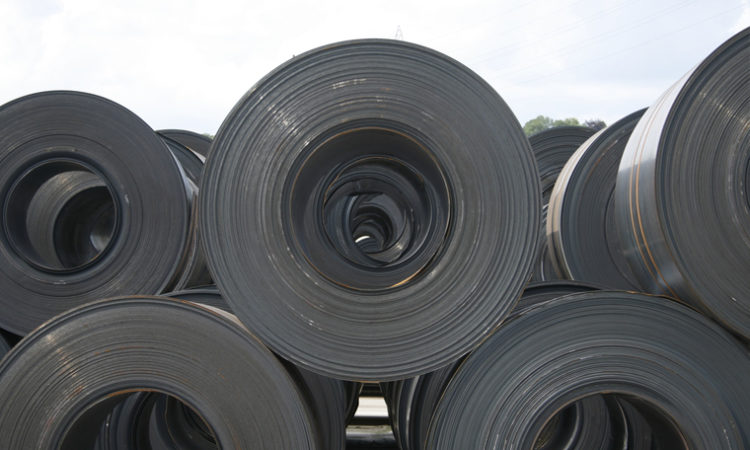 A lot depends on how other nations react to the new taxes.
By Sam Brodey
March 06, 2018

It may have taken a year, but last week, Donald Trump did exactly what the mining and metals industries hoped he’d do as president: impose a sweeping and significant tariff on two industrial building blocks — steel and aluminum — coming into the U.S. from abroad.

As a candidate, Trump railed against countries like China and Mexico, who he alleged were trade cheaters and manipulators taking advantage of feeble U.S. officials and dumping cheap imports into the U.S., hurting domestic producers and leading to the loss of thousands of jobs. He vowed to take strong action to bring these industries, once engines of the U.S. economy that employed hundreds of thousands of workers, back to their former glory.

In the first year of his presidency, Trump was hemmed in by advisors who cautioned against such action. This year, however, has seen trade hawks ascendant in the president’s orbit, and Thursday’s announcement is the strongest targeted trade move yet to come out of this White House. The tariffs would consist of a 25 percent penalty on imported steel, and a 10 percent penalty on imported aluminum, but exact details will be finalized when the administration officially rolls out the tariffs in the coming weeks.

Trump’s tough declarations — “IF YOU DON’T HAVE STEEL, YOU DON’T HAVE A COUNTRY,” he tweeted on Thursday  — were met with a rapturous reception from U.S. producers of steel and aluminum who claim the move will restore tens of thousands of jobs to those industries.

That might be the thought among Minnesota’s miners and their allies, who retain a vocal role in the state’s political life despite accounting for a shrinking share of Minnesota’s economic pie. But bigger employers in Minnesota, from the medical technology sector to the agriculture industry, are already outlining fears over the several ways Trump’s tariffs could backfire on them.

If Trump’s instinct on trade is protectionism, there were plenty of outlets to act on that gut feeling in the arena of global trade, with things like an obscure kind of Wisconsin dairy product coming under the president’s scrutiny in the past year.

Steel and aluminum, however, are among the highest-profile materials Trump could have penalized. The U.S. imported 30 million metric tons of steel in 2016, making it the world’s largest importer of the metal. It imported 6.3 million metric tons of aluminum in that year. According to the U.S. Department of Commerce, the top sources of imported steel were Canada, Brazil, South Korea, and Mexico, while the top suppliers of aluminum were Canada, Russia, and the United Arab Emirates. (Notably absent from the list is China. While China is a frequent target of anti-trade rhetoric, the U.S. imports relatively little steel from the country.)

Meanwhile, back at home, the U.S. mining and metals industries have declined as the country has undergone a broader shift, transitioning to a services-based economy over the past few decades as foreign nations began to supply steel at a cheaper rate. From the 1970s to 2014, employment in the U.S. steel industry — including iron mining — shrank by 50 percent. As of December 2017, roughly 85,000 Americans were employed in that sector, while 60,000 were employed in the aluminum sector, according to the federal Bureau of Labor Statistics.

In northeastern Minnesota, the iron mining tradition runs deep: the industry was the engine of the regional economy, and Minnesota taconite helped to keep steel mills humming around the industrial Midwest. Today, roughly 3,800 people are directly employed in iron mining in Minnesota, according to the Minnesota Department of Employment and Economic Development. Though mining is subject to booms and busts like other commodity-based industries, employment has gradually declined in the industry over time: in the late 1970s, as many as 14,000 Minnesotans worked the iron mines.

These statistics are frequently lamented by Trump and his team, who see declining employment in these sectors as evidence of bad American policy and leadership, not of macro-level economic and societal change. Recently, the culprit has been countries like China and Brazil, who are accused of dumping cheap steel and aluminum on the U.S. market, undercutting domestic product with their own subsidized exports, injuring the U.S. industry and leading to job loss.

It was in the name of countering dumping that the administration of Barack Obama imposed a 520 percent tariff on a particular kind of steel product, called cold-rolled steel, coming into the U.S. from China.

But the tariffs announced by Trump last week are sweeping, and will make all steel and aluminum coming into the U.S. 25 percent and 10 percent more expensive. The domestic industry is loving it, believing it will shift demand to domestic product and restore thousands of jobs to the sector.

Kelsey Johnson, president of the Minnesota Iron Mining Association, said Trump’s move would be a boon to the industry and to the Iron Range as a whole, though she added it is too early to say just how much of a boon it will be.

“We’re excited about Trump potentially going in this direction because it’ll help us have a better foothold and a level playing field,” she said, saying the tariff would counter the countries that have been undercutting the U.S. industry.

Eighth District DFL Rep. Rick Nolan represents the heart of Minnesota’s mining country, and has been a vocal cheerleader for strong action to protect the domestic steel industry. He has repeatedly applauded the administration’s announcement, saying in a statement on Thursday that “there is no better way to create and protect good-paying American jobs” than to impose high tariffs.

“I’ve seen how good other countries are at protecting their vital economic interests,” Nolan told MinnPost. “We’ve allowed ourselves to become a dumping ground for everybody. The Canadians and Europeans, they’re very protective of their best economic interests. When they start screaming and crying wolf it’s like, oh, go away.”

While the steel and aluminum industry and its allies rejoiced over the news, those in other sectors of the economy found a hard time seeing any silver linings in Trump’s move. Protectionist actions often set off chain reactions in the broader economy, and the aftershocks from this one could prove particularly damaging and complicated.

Concern over the tariff came primarily from two groups of interests: those who would be hurt directly by having to pay more for the steel and aluminum they buy to make things, and those who could be hurt by any broader destabilization in global trade brought on by this move, like counter-tariffs imposed by other countries on U.S. products.

Minnesota has plenty of representation in both of those categories: the state is home to a high-tech manufacturing sector, which has thrived, in part, thanks to the availability of cheaper steel and aluminum.

Minnesota’s medical technology industry, one of the strongest in the nation, could be particularly impacted. The state is home to a range of medical technology companies, from device giant Medtronic to dozens of smaller start-up companies, which employ around 16,000 people. Most of these firms manufacture some kind of product, whether it is a hearing aid or artificial heart — and stainless steel is a common material in many of these items.

Minnesota Public Radio reported that the medical device industry is already concerned about the possible impacts of Trump’s tariffs. The vice president of Medical Alley Association, a trade association for the industry, said if the price of steel increases, it would increase the price of everything from high-tech devices to simple hospital equipment.

The possibility of Trump’s tariff prompting other countries to slap counter-tariffs on U.S. goods, sparking a “trade war,” is what’s fueling concern in the broader Minnesota economy. Though Trump insisted on Twitter that trade wars are “easy to win,” few people seem to be itching for one.

Agriculture, a key component of the Minnesota economy, is deeply dependent on free-flowing global trade. But agricultural products are often among the first to get hit with penalties when two countries are engaged in a trade feud, and the industry is concerned that countries affected by the steel tariff will promptly target their products.

Minnesota is the fourth-biggest exporter of agricultural products in the U.S., and its staples — pork, corn, soybeans — primarily flow to the countries who will be angriest at the steel tariff: Mexico, Canada, South Korea, among others. (Canada and South Korea, together, account for 25 percent of U.S. steel imports, and 18 percent of Minnesota agricultural exports.)

Gary Wertish, president of the Minnesota Farmers’ Union, said in a statement to MinnPost that his group’s main concern is “disruption to our markets due to trade wars and potential barriers to our exports.”

Wertish also expressed concern that the sudden move from the administration could inject bad blood into ongoing talks with Canada and Mexico to rework the North American Free Trade Agreement, the success of which is hugely important to the ag industry. “We are also concerned that the approach being taken may damage our relationships with other countries, rather than working with them to fix problems that may exist in various industries,” he said.

Ironically, it’s possible that a trade war could end up hurting the Minnesota mining industry. Exports of Minnesota iron ore have increased in recent years; fully one-third of Minnesota taconite is exported, with the largest share going to Canada.

According to Robert Kudrle, a professor who studies global trade at the University of Minnesota, that means means “any trade war that might develop would jeopardize that industry as well.”

The Minnesota Iron Mining Association’s Johnson did not express concern over a counter-tariff on taconite, and said the administration could move to exempt certain countries from the penalty. (The White House has suggested Mexico and Canada could be exempted — if NAFTA talks go well.)

Johnson maintained, however, “any kind of tariff would be a benefit, even if it’s an across-the-board tariff.”

Those supportive of Trump’s move downplayed concerns that it could lead to adverse impacts on other industries, or any broader trade conflict.

But Nolan maintained that free trade, and the low commodity prices that have resulted, have sparked a “race to the bottom” that have harmed economic and environmental standards globally. U.S. industries might offer a more expensive product, the argument goes, but they uphold worthwhile standards that don’t come cheap.

“Manufacturers here in America are going to have to comply with standards that require environmental protection, living wages, and community health and safety,” Nolan said.

Others do not share Nolan’s view, and believe Trump’s move is broad enough to disrupt the economy and create real winners and losers in Minnesota.

Kudrle says that Minnesota is an advanced economy that depends on trade more so than other states do. “We have advanced agriculture, advanced high-tech, very sophisticated consumer durables like RVs,” he told MinnPost. “We’re the part of America that really gains the most from international trade. Minnesota is a big loser when trade loses.”

Third District GOP Rep. Erik Paulsen, a vocal advocate for free trade in Congress, criticized the administration’s move in an interview with MinnPost. “I’ve spoken to small businesses in Minnesota who rely on supplies of aluminum, who have already seen price increases when there’s nervousness in the market about global tariffs,” he said. “That, in turn, trickles down, and it could result in lost jobs, higher prices, by and large, negative effects.”

That is the main point many are making in response to the White House’s move: that the tariff will ultimately be a tax on U.S. consumers, who could end up being the biggest losers in all this.