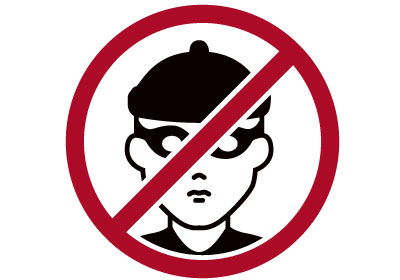 How Pawn America Has Shaken Off The Industry’s Seedy Reputation

Historically, one of the challenges that pawn shops faced was a seedy reputation. “There’s no room in our business to get involved with anything nefarious,” says Pawn America CEO Brad Rixmann, who founded the Midwest pawn chain in 1991.

Since its inception, Pawn America has had a strong commitment to advertising, investing in branding its own stores, as well as building a glossier image of what a pawn store might be and who might shop there. In 1992, Rixmann started appearing in Pawn America commercials on cable TV and remains the face of the company today. As the company enters its 25th year, it has expanded its campaigns to new platforms, including digital, print and signage.

TV shows like the History Channel’s Pawn Stars have boosted the pawn industry’s image in recent years. Rixmann says Pawn Stars brought new customers to his stores, as well as an influx of sellers with unique items—notably collectibles, memorabilia and artifacts.

Like other second-hand and pawn stores, in order to price goods fairly Pawn America relies on internet research and an internal network of buyers who have expertise in different categories. But it’s an imperfect system. “I would like to say we’re always consistent,” says Rixmann, “but I know we’re not. And that’s one reason people love to shop in our stores—they love to find the mistakes we make.”

Margins in the pawn game are fluid, even within a product category. Turning inventory is critical—especially with electronics and technology, which become outdated quickly. For newer, in-demand products like curved-screen TVs, Pawn America might make a 20 percent profit. But, says Rixmann, “if it’s a flat-screen LED TV which is three to five years old, we can’t afford to pay 80 percent of what it’s worth.”

To mitigate customers’ risk buying used electronics, limited warranties are becoming more common at pawn stores; Pawn America’s lasts six months. “We want our customer to be comfortable and know that we stand behind the product that we sell,” says Rixmann, “and we value their business long-term much more than whatever we might make on one transaction.” He pays more for items that come with original packaging and paperwork.

While electronics and digital media are pawn store staples, jewelry accounts for half of all Rixmann’s sales. With an eye toward increasing female customers, several Pawn America locations have dipped into women’s clothing and accessories. Rixmann concedes that it has taken some trial and error to figure out the right merchandise mix in the fickle fashion arena, but the category has been successful overall and will likely be added to more locations. “I think it’s a natural part of the business.”

The idea of pawn stores as dealers in largely stolen goods is outdated. At Pawn America and other pawnshops, cameras photograph everything that comes across the counter during a transaction, as well as the person selling the item, who must also present a valid photo ID. Then all product information, including model and serial numbers when applicable, is entered into databases shared with local law enforcement. At Pawn America, confiscated items account for just one-quarter of 1 percent of all transactions. —Megan Wiley