How One Org. Is Building A Network For Female Entrepreneurs

A new events series from the Minnesota Cup allows women starting their own businesses to network with each other, find mentors.
February 05, 2015 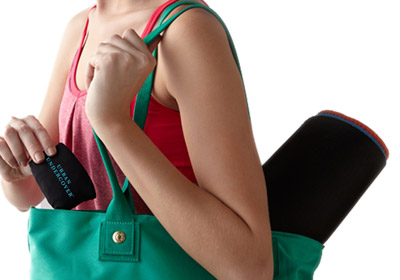 When Sairey Gernes’ UrbanUndercover underwear line blew past its Kickstarter goal last year, the work wasn’t over for the St. Paul entrepreneur.

Exceeding her goal of $15,000 by $2,145 allowed Gernes to use a more cost-effective manufacturing hub in New York City to produce a line of underwear that’s designed to roll into a pocket and be packed away discreetly as an extra pair on the go. But though she has a bookkeeper and an intern, there was still a void for mentors able to weigh in on accounting, finance and legal queries—many of the winding paths one must navigate when starting a business.

Enter the Minnesota Cup, a statewide venture competition that completed its 10th such event last September. Late last year, the Minnesota Cup launched a series of events focused on women entrepreneurship, the most recent being a Jan. 22 “speed-mentoring event” that paired attendees with small business experts on varying subjects. The Minnesota Cup’s second annual Women’s Event will follow on Feb. 17 at the Carlson School of Management.

“One of the big things is women do things differently from men—and that’s OK,” said Melissa Kjolsing, executive director of the Minnesota Cup, who said at least 50 women attended the program’s first two events. “So much of the money out there in investing is given to men by men. … We shed light on how other women did things to get where they are today. It’s about being an assertive woman; owning it.”

At the end of the day, Gernes said, everyone tries to do the same thing: growing a business. “We all run into the same types of problems.” But the Minnesota Cup’s series has provided people like her solutions from different sources.

“It’s incredible to meet people in other industries who may do something you haven’t thought of,” Gernes said. Case in point: a recent conversation brought up the idea of making her underwear line’s pockets insulin pump-friendly. “It’s incredibly beneficial to talk to others who look at things from a different eye.”

Kjolsing said the series targets owners of early stage, scalable businesses that have the potential to create jobs in Minnesota. Industries represented thus far: food, biotech, high tech, life science, consumer products, health IT. “Everything the Minnesota Cup has to offer,” she said.

Kjolsing believes there’s a growing community of women waiting to be mentored and others who want to mentor. She’d like to say such a series won’t be necessary in five years, or at least like to see more women sitting in on the annual venture competition’s judging pool.

“Minnesota’s a great place to do business,” Kjolsing said. “People want to help and genuinely care about seeing people succeed. It’s really hard for anybody to say no if you’re looking for directions to your next milestone. It’s who we are as a community: we want to see neighbors and colleagues succeed.”