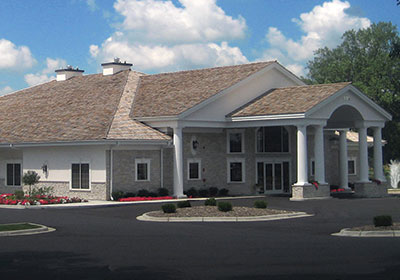 Acquisitions and economies of scale have allowed Washburn-McReavy to stay independent.
July 09, 2015

In the 1960s, almost all funeral homes were independent. Today, Service Corporation International (SCI) owns 15 percent of them, hardly a cartel situation, but Washburn-McReavy president Bill McReavy Jr. says more consolidation lies ahead. “The mom-and-pop shops just can’t make it,” he says. “You can’t sit there with one location and wait for the next funeral. It’s too expensive; the overhead is way too much.”

Bill McReavy is the fourth generation to helm the family business, which started acquiring competing funeral service companies in 1981 and bought its first cemetery in 2001. Today, the company has 19 funeral chapels and four cemeteries. “Challenges for others have presented opportunities for us,” says McReavy. “We have economies of scale. And I also sometimes jokingly say that we have a 158-year jump on our competition.”

The company’s scale and lengthy history have allowed it to acquire struggling businesses, bring their facilities up to par and eliminate duplicated costs. For instance, Washburn-McReavy uses its maintenance crew to gather all company trash in one location, minimizing garbage collection fees as well as avoiding unsightly dumpsters on premises. With multiple properties, it can also move staff from one location to another depending on workload.

Although Washburn-McReavy operates both chapels and cemeteries, the bereaved can choose to use funeral services, cemeteries or both. In the industry, when family members are buried in adjacent plots it is called “heritage.” Heritage offers comfort for the grieving family and it equates to loyalty for the cemetery. And there is loyalty for many families to their funeral chapel as well. “Funeral service is very personal,” says McReavy. “And it comes down to relationships. We always say if you’re not building your business, you’re tearing it down.”

There’s a longstanding concern in the cemetery industry about running out of space. But, McReavy says, “the reality is, with [the growth of] cremation, [cemetery land goes] much further today than it was projected to go.” In 1961, less than 2 percent of Minnesotans who died were cremated; in 2015 that proportion is projected to be 59.3 percent.

As for competition from cremation, Washburn-McReavy has mitigated that risk by operating its own crematories. “Where that’s a threat to certain businesses,” says McReavy, “it’s an opportunity to us.”