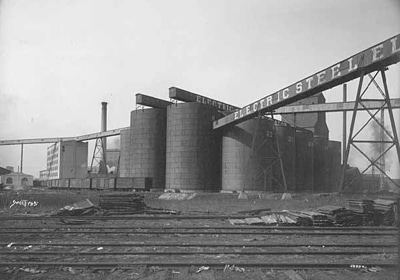 How Do You Solve A Problem Like (Old, Unused) Grain Elevators?

What to do with structures that clearly qualify for protection under landmark laws — but that have proven difficult to repurpose.
September 28, 2015

Grain elevators are often the first structures visitors see when they enter Minneapolis, almost from any direction — an urban landmark and symbol of the area’s industrial past.

Mostly unused and often unusable, they are sometimes an attractive nuisance, enticing so-called urban explorers with a hankering to see what’s inside. A handful of serious injuries and four deaths caused a Minneapolis council committee this week to approve an ordinance to charge trespassers for rescue costs.

All that presents questions for policy makers: What to do with structures that clearly qualify for protection under local, state and even national landmark laws — but that have proven difficult to repurpose in ways that make economic sense.

All of those issues came up this month when the city council denied a demolition request by owners of the Electric Steel Elevator, a 32-bin storage facility near the University of Minnesota and TCF Stadium. Riverland Ag Corp. already had a deal to sell the land to the university after demolition was completed, but it needed the Heritage Preservation Commission and the city council to go along.

Neither did. The commission, on a 6-3 vote, denied the demolition permit in July, a decision upheld by unanimous votes of both the Minneapolis Zoning and Planning committee in August and the City Council earlier this month. That clears the path for the city’s planning staff to prepare a historic designation study of the elevator complex at 25th Avenue SE near TCF Bank Stadium.

The decision disappointed Riverland executives who had argued that the building had no economic use, was not a good target for adaptive reuse and was a public safety hazard. They did not, however, deny the historic significance of the complex and offered to create an extensive photographic and engineering record of the industrial site before it was demolished.

Electric Steel is not a typical grain elevator. It fills an early chapter in the state’s milling and transportation history as one of the last remaining steel grain elevators in the nation. Designed by prominent structural engineer C.A.P. Turner and built by the American Bridge Co., Electric Steel qualifies for at least four of the city’s seven criteria for protection. Only one is necessary for landmark status.

Robert Frame is the senior historian for the engineering firm of Mead & Hunt and is the author of “Grain Elevators in Minnesota,” an extensive study of rural and terminal grain elevators in the state prior to 1945. Frame said Electric Steel was built at a time when owners were looking for alternatives to wood. Brick, steel and tile were tried, but reinforced concrete won out, making steel structures like Electric Steel rare. The only other steel elevator in the state, Pioneer Steel Elevator, was taken down in 1995.

That the building was engineered by Turner, who also designed the Aerial Lift Bridge in Duluth and the Fort Snelling-Mendota Bridge, is also significant, Frame said. “If he touched something, you pay attention to it. If his name is on the plans, it makes a structure stand out.”

But Riverland President Craig Reiners told the heritage commission that while historic, the elevator is no longer economically viable due to changes in railroad rate structures. Specifically, railroads prefer elevators that can handle trains with up to 100 cars and with automation that can load or unload those cars in half a day. Attempts by the company to market the facility for long-term grain storage were not successful, and it closed the complex two years ago.

“You know, I feel almost a failure because that was my job as president of the company, to find revenue for this facility,” Reiners said. “And even just as a garage or storage unit, it had no use for anybody.”

To look at a potential sale or reuse of the complex, Riverland hired Oliver Real Estate Services, which was unable to find many reuses of grain elevators around the country. “It doesn’t have floors,” said the firm’s Doug Johnson. “It doesn’t have windows. It doesn’t have infrastructure … This is an industrial complex that has outlived its useful life.”

Without an economic reuse, the owners are being asked to preserve a cultural resource at their own expense. “Is the public prepared to step up, buy it, maintain it going into the future?” Johnson asked.

Reiners also said that the company has taken steps to keep explorers out with only partial success. “It scares me to death,” he said. “I’ve been in these elevators for, like I said, 42 years. If you have the right equipment and knowing what you’re doing they can be very, very dangerous.”

Those who break in and who don’t know what they’re doing face even greater danger. “I wouldn’t do it myself and I know where to go,” Reiners said. The owners surrounded the plant with tall steel fencing topped by razor wire. There are cameras and alarms that summon police.

And still, people get in. “We could raise that fence another 10 feet,” he said. “Wouldn’t matter.” After an early summer accident at the Fruen Mill in Minneapolis, the Star Tribune compiled a list that included nine falls leading to four deaths in mill incidents since 1979.

Riverland found sympathy from at least one commissioner, University of Minnesota advisor Susan Hunter Weir, who said one of the deaths involved a student of hers. “The problem is you’re going to have 18 year olds who are going to want to do risky, reckless, stupid things — usually involving alcohol — and I wish there was something you could do about it,” she said. “But frankly I’m not sure that you can.” Still, Hunter Weir voted against demolition.

When the appeal reached the city council, the same arguments about economics, lack of reuse and safety were not enough to overcome the structure’s obvious historic status. Council members did not feel Riverland had proven that there was no possible reuse, something required to override the protection presumed in city ordinance.

“We need the applicant to prove that it is unsafe and there is no alternative for this site,” said Council Member Andrew Johnson. “As we’ve seen, though, the owner’s representative has said it is yet to be determined if there is an alternative reuse of this site.” Johnson cited the recent sale of a grain elevator in his ward that is being investigated for reuse.

The zoning committee also heard from a Minneapolis architect who is an officer of the neighborhood organization near the Electric Steel Elevator. Eric Amel said the Prospect Park East River Road Improvement Association opposes demolition because it thinks not enough work has gone into searching for reuse plans.

“This facility is remnant of the foundation of the economy that’s driven this community and we should … celebrate that heritage,” Amel said. The neighborhood group wants a moratorium on grain elevator demolitions in the area known as the Southeast Minneapolis Industrial area until a grain elevator study and comprehensive plan can be completed.

Amel suggested a handful of ideas from converting the complex to an art center to using them as server farms or silos for housing computer servers.

But even some of those who support historic preservation recognize the difficulty of reusing industrial sites, including grain elevators. Heritage commissioner Chris Hartnett, who voted against demolition, said his work as a structural engineer has shown him that the work is doable, but difficult.

“I spent about nine months working with the Pillsbury A Mill trying to figure out what to do with those elevators, those silos, and the reality was that they were just too heavy because they were concrete,” Hartnett said. He recalls thinking that it they were only made of steel it would be easier.

“This is asking for a creative, innovative and frankly — oh yeah — it’s going to be expensive. But it’s doable, he said. “I mean you can cut these things apart. You can slice them. And you can put trusses in and support them. And it will work.”

But those techniques present what grain elevator historian Frame termed a Catch 22: If you make changes to the exterior of the structures you will likely make them ineligible for listing on the federal register but without that listing a project is not eligible for lucrative federal tax credits. During research for possible reuse of an elevator that was part of the Washburn-Crosby mill in the Minneapolis Mill District, Frame said he found just a few uses that retained eligibility. One was an office in Philadelphia that used the silos as a pedestal for the penthouse-type structure on top.

“It used the structure in a peculiar but effective way,” Frame said. The Calhoun Isles condos in Minneapolis were built into a concrete elevator but the openings cut into it would likely make it ineligible for tax credits if built today. The prospective buyers of the Fruen Mill are still examining reuse and told the Star Tribune that it is unclear how much of the existing buildings will remain. And Project for Pride in Living, the low-income and affordable housing non-profit that owns the Bunge Elevator sit, where a woman died earlier in the summer, is unsure of its plans and unsure how much of the structure would be incorporated.

Duncan Hay is a historian with the National Park Service who, like Frame, is active in the Society for Industrial Archeology. Hay has written about the special challenges of preserving industrial sites. “The sites tend to be big, dirty and complex with potentially nightmarish maintenance costs and the specter of toxic residues or other hidden danger,” he wrote in Preservation Nation.

The New York-based historian said in an interview that grain elevators usually generate affection and a desire to keep them around, unlike some closed factories that elicit negative sentiment from those put out of work. “The challenge is, what do you do with them when the industry has moved elsewhere?” he asked. “These are essentially single-purpose machines. When it becomes obsolete, what are you going to do with it?”

Hay cited a hotel in Akron, Ohio that was repurposed as a hotel. A Buffalo businessman has reused some elevators to store grain for a growing craft brewing business and is looking into an ethanol plant in an area he has dubbed Silo City.
But many still-standing concrete elevators are left because it is so expensive to tear them down. Steel elevators, however, have scrap value that makes demolition more cost-effective.

Hay said there is debate in industrial preservation circles about whether federal preservation rules — known as the Secretary of Interior standards — are too strict for industrial facilities. Some say they should be loosened to help renovation and reuse projects move forward. Such buildings have likely been altered over time as needs of the industry changed. Others, however, are uncomfortable with any exterior alterations.

“The question is, would you rather have it there in altered form or have it gone,” Hay said.

City Council Member Cam Gordon, whose ward includes Electric Steel and several other unused elevators, wrote to residents of his ward that he wants to form a Grain Elevator Task Force to talk about both concerns and opportunities.

“I am very concerned about the ongoing safety issues posed by these buildings,” Gordon wrote, “and want to find way to honor the important contribution they make to our history while also moving them to either adaptive reuse or demolition in a timely manner.”