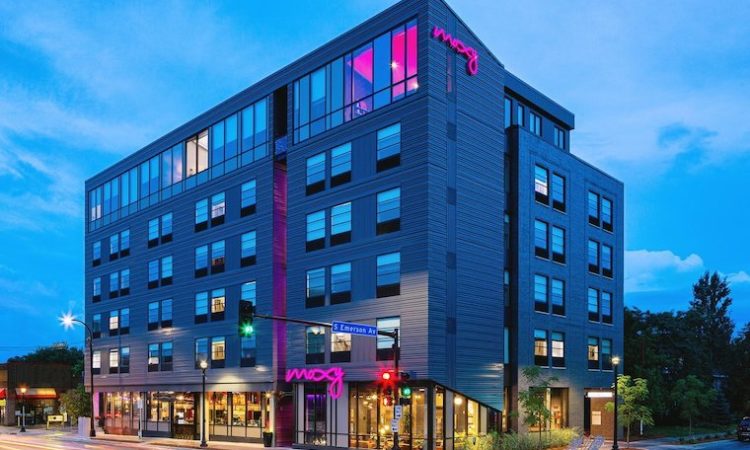 Hospitality Industry in Crosshairs of Virus

Between travel declines, gathering bans, and general fear, places to stay, eat, and drink are seeing a worst-case scenario.
By Adam Platt
March 16, 2020

It’s obvious already, given the volume of rushed closings, that the bar and restaurant industry has been devastated by the effects of coronavirus. A less obvious victim has been the area’s hotel industry. Twin Cities occupancies are running at 20 percent and under for most properties, driving furloughs and putting many hotels at the risk of closing.

Ben Graves, CEO of Graves Hospitality, which develops and currently operates eight hotels, says his properties across the Midwest are hurting as is the rest of the industry. “Hotels have a lot of labor and huge mortgages,” he says. “In the Midwest we’re coming out of a season when most of us don’t make any money.”

Graves reports that his properties are running at 10 percent occupancy, except for the Intercontinental at MSP Airport, which is roughly 20. “Groups have cancelled, business travelers are not traveling,” he says.

His hotels have furloughed 850 of its 1400+ team members, including some management. Rather than reduce hours, they made quick cuts “so people can get set on unemployment. No one wants to work a shift or two a week.”

“We’ve done it with as much dignity as we could,” he says, noting he is keeping furloughed team members’ health insurance in place. As for employees still on payroll, the company is setting up in-house daycare for those who have children with them due to school closings.

He describes the hotel business model as “50 to 80 percent leverage. They are real estate plays.” He says some properties’ credit card receipts even go directly to lenders.

Graves says hotels lose money at 55 percent occupancy or below, so the industry is facing an untenable stretch. The only silver lining he sees is most properties have not cut their rates to try to stimulate non-existent business, so when it does return, “it does not take us years to build our rate base back.”

He is calling on government to offer unemployment retroactive to the first day of job loss at 100 percent of missed pay and to provide “some sort of debt relief” to the business sector.

“Our industry does not have the reserves to deal with months of no business,” Graves says. “If this lasts six months the majority of hotels will be upside down.”

The restaurant sector’s misery is more nuanced, with some businesses (primarily takeout and fast food) reporting strong sales, but with the sit-down side of the sector facing great difficulty and the imminent prospect of government-mandated closures that may or may not allow for continuing takeout/delivery operations.

“We are leaning toward shutting the whole system down tonight,” says David Burley, co-founder of Blue Plate Restaurant Group, noting he is wary of the ill-advised revelry St. Patrick’s Day will produce among a subset of clueless youth. “We don’t want to get anyone sick.” Burley says Blue Plate can’t see a scenario where takeout is a viable option at any of his stores. “The infrastructure cost just doesn’t make sense.”

He says he communicated with Minneapolis Mayor Jacob Frey over the weekend asking him to shut the city’s hospitality businesses. Frey told him he is thinking about it. On Monday, the mayor ordered restaurants and bars to limit operations to delivery or takeout only as of noon on Tuesday.

Across the river, restaurateur Tim Niver, who operates Mucci’s in both St. Paul and Minneapolis, and Saint Dinette in Lowertown, is pivoting to a takeout/delivery model later this week. “For us, any cash flow is a good thing,” Niver says. He anticipates the scaled down restaurants will be entirely staffed by his salaried staff—chefs and managers.

Mucci’s already has a frozen pizza business in area grocery stores, whose freezer cases have been mostly bare of late. “I assume I’m gonna get a nice large order for frozen,” he says. Niver said Mucci’s St. Paul store did $1000 in takeout Sunday night, “out of this little place,” so he believes there’s clearly opportunity there. “People are just pouring out their hearts to us saying we will support you.”

Going forward, the industry’s mostly hourly, tip-based staff, will take the brunt of the pain. “There isn’t one single operator who can afford to continue to pay their employees,” says Burley. He expects landlords and vendors to see delayed or non-existent payments until businesses reopen: “We’re going to tell our landlords we’ve been a good partner for 28 years and it’ll be late, partial. They will want to do business with us; we’re all in the same boat.”

Though Americans will surely be thirsting for the community and sustenance the hospitality industry provides them the minute it is again possible, there will inevitably be casualties, Burley expects, particularly restaurants that were debt-laden or unprofitable even in the recent boom economy.

“It’s gonna be a rebuild, it’s gonna change our industry,” he says. “There’s gonna be less restaurants on the other side. How can there not be?” 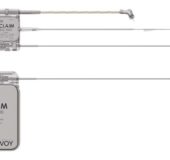