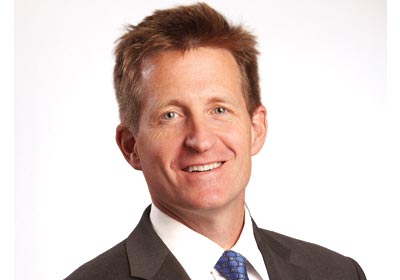 Marvin Windows and Doors hearkens back to a warmer past; Emprimus anticipates a fiery future.
By Dale Kurschner
October 24, 2012

Remember feeling Small Town USA from your childhood experience, or maybe from how well your grandparents, a great book, or movie described? It’s a confounding concept: People actually enjoying life in a place the rest of the world hasn’t heard of, and really doesn’t care to; an environment where success is gauged less by wealth and more by integrity, persistence, compassion, and friendships.

Many such places faded into history over the decades as changing times made local businesses, adjacent railroads and highways, and nearby farms obsolete. But a few are still out there. And one of the strongest happens to be in the farthest northern tip of Minnesota: Warroad, population 1,700. Or, as it is perhaps more appropriately described, the Town of Marvin.

Gateway to the Northwest Angle and the only U.S. port on the international waters of Lake of the Woods, it’s situated on land so flat that locals joke you can watch a dog run away for two days. And in the winter months, the wind just keeps blowing the snow on by. It’s as close to being off the map as you can get.

But like most small towns, Warroad had its glory days. When George Marvin moved there in 1904, it was one of the United States’ largest providers of fish and mink pelts, and it was home to several other major employers. George Marvin came in as a grain elevator manager; within eight years, he decided to capitalize on the emerging lumber industry by starting the Marvin Timber and Cedar Company.

His business did well. His reputation did even better. During the Great Depression, Marvin provided Christmas trees to every family in Warroad, delivered 100-pound bags of flour to needy families, and helped in other ways. When the local bank failed and home mortgages were going to come due immediately for several area homeowners, he bought the bank, held the mortgages and allowed them to be repaid over time.

His son, Bill Marvin, expanded the company into window and door-making after World War II, and business flourished. From about 25 employees in the 1950s, the company grew to 4,000. And along the way, the family kept providing to the community as George had, and the two became intertwined. Marvin Windows today is ensconsed in every nook and cranny of Warroad.

The Marvin family’s business acumen is incredible, and it seems well served by its values and its belief that a company is more than just an employer, it’s a community leader. While other business owners closed up shop or moved out, the Marvins not only stayed, but invested even more in the community by helping build a new senior center, pool and library, as well as adding more jobs. They also created a unique scholarship program: Based on academic achievement, 25 percent to 50 percent of the students graduating from Warroad High School each year qualify for up to a 100 percent scholarship to a two- or four-year school of their choice, courtesy of the Marvin family.

“It’s a way of giving back to the people you worked with because it’s their children who benefit,” says Susan Marvin, Marvin Window’s president. “It’s the kind of gift that someone can never take away. It enriches the community. It also makes it a more attractive place for families to come and live. And very likely someday, if they can, these college-educated students will want to come back and work here.”

As we celebrate family businesses this month through our Minnesota Family Business Awards, I can’t help but point first and foremost to the Marvin family for its outstanding achievements as business leaders and community stewards. President Obama only grazed the surface when he recently praised them as being part of what’s right with America. Hopefully, he’ll actually visit Warroad someday to sense just how much the Marvins have really accomplished.

About this month’s cover

Admittedly, it seems a bit kooky: Someone convinced the world as we know it may come to an end in 2013 invests most of his savings into a startup that will save us all—it’s like a prequel to AMC’s The Walking Dead or NBC’s Revolution.

But as we looked into George Anderson and his company, Emprimus, we discovered there are some intriguing facts to consider. And it has nothing to do with the Mayan calendar ending on December 21 or other wacky doomsday theories (or at least, so we believe).

Emprimus’ products are designed to battle the effects of solar flares, which emit particles that can create electromagnetic storms here on Earth. We don’t see these storms, but electrical transformers and sophisticated electronic components sense them. While some in the electrical industry still say this is nothing to worry about, there have been major power outages in Canada and Europe caused by solar flares. And next year, according to scientists, is supposed to be one of the worst in modern history for solar flare activity. But of course, we’re used to predictions such as these usually turning out to be false, so who knows what’s really going to happen?

Whatever the reason—solar flares, a spike in weather-related catastrophes ranging from floods to tornados, a potential pandemic—millions of individuals and many businesses are “prepping” to survive whatever is thrown at them, and a growing number of companies are cashing in on the trend. The most significant among these “preppers” is our own U.S. military, which brings me back to Emprimus.

The Defense Department has tested Emprimus’ products twice, and it is seriously interested in purchasing them—not only to protect against potential sun flares, but also weapons emitting electronics-killing electromagnetic pulses. Utilities are looking into Emprimus’ products, too, while a licensing agreement extends marketing globally.

At $250,000 per unit, Emprimus could become a shooting star. It’s an intriguing story of a man with a passion and vision, inventing a new product and charging headfirst into the market with a great sales pitch, and plenty of naysayers. A year from now, we’ll have to revisit it and see how it’s done—if we’re still here.