Established leaders at the top of their field nationally or internationally.
April 01, 2020 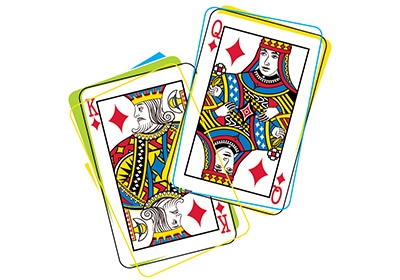 You could say Bill George hasn’t had a job since he retired as CEO of Medtronic in 2001 after leading the company for a decade. But he has never been busier. He’s a senior fellow at Harvard Business School, where he’s taught leadership since 2004, and serves on several boards, including the Mayo Clinic board of trustees. Yet he’s best known for his popular True North books, which have struck a chord with business readers who want to forge their own path. In the process George has become a nationally recognized expert, speaker and guru on the defining qualities of great leaders.

Mayo Clinic CEO John Noseworthy says the giant health care provider has made it through the troubled waters of health care reform in good shape and is now “ready to play offense” as it aggressively seeks to stay competitive on the highest national level. One of Noseworthy’s key initiatives is pouring resources into medical research—some $276 million in internal funding was spent in 2014—made possible in part by his successful efforts to increase Mayo’s profit margin from 4.3 percent in 2009 to last year’s 8.5 percent.

The Eden Prairie-based Fortune 500 company, one of the world’s largest logistics-services providers, continues to expand, doubling the size of its European workforce in three years. In October it announced plans to build new offices in Chicago, where nearly 15 percent of its global headcount is based. One of the opportunities Wiehoff and company see is the growth of global, cross-border e-commerce, which will present new challenges for managing demand, fuel costs and truckload efficiency. While the company was once exclusively a trucker, Wiehoff sees air freight as a growth opportunity for Robinson as well.

At 76, Marilyn Carlson Nelson, one of Minnesota’s most influential business owners, is co-teaching a course on corporate responsibility at the University of Minnesota’s Carlson School of Management. Recipient of the 2015 WomenCorporateDirectors Award for strategic leadership, Carlson Nelson calls herself a “21st-century abolitionist”: In 2013, she received the first-ever Presidential Award for Extraordinary Efforts to Combat Trafficking in Persons, after Minnetonka-based Carlson Cos. —a $37 billion, privately owned powerhouse—was the first major North American travel and hospitality company to take a stand against the sexual exploitation of children in the travel industry.

Allina Health’s Penny Wheeler is unique—in a world where neither women nor physicians usually serve as CEOs of major health care organizations, she is both. A board-certified obstetrician/gynecologist, Wheeler took over from Ken Paulus as CEO at the beginning of this year, after serving as Allina’s chief clinical officer. After years of leading efforts to make the nonprofit’s clinical structure more efficient and better able to serve the underinsured, Wheeler is using her platform to advocate for a realignment of provider compensation from fee-for-service to outcome-based.

Though his longtime partner Phil Roberts is far better known among foodies and the restaurant-going public, Pete Mihajlov is the partner best known in the local restaurant industry. Legendary for his generosity of spirit and expertise, it’s hard to find anyone of a certain era that doesn’t credit Mihajlov with an essential piece of advice or tutelage that built their success or got them through difficult first years. Mihajlov is closing in on four decades as Parasole’s behind-the-scenes man, but he’s built a reputation in the competitive and sometimes back-biting trade as one of the few people who’s always willing to pay his success forward.

Randall Hogan has some multitasking ahead of him. As he’s guiding Pentair, a global manufacturer of pumps, valves and filtration equipment headquartered in Ireland but managed in Golden Valley, Hogan will be leading the search for a new president of the Minneapolis Federal Reserve Bank, where he serves as a director. In 2016 Hogan will have to come to terms with New York activist investor Trian Fund Management, which purchased 7.24 percent of Pentair stock in 2015 and wants to see Hogan facilitate industry consolidation through acquisitions—which appears in line with Hogan’s overall goals. Pentair doubled in size following the purchase of Tyco International’s pipe and valve business in 2012.

St. Paul booster and native Robert Senkler worked his way up from an actuarial trainee in 1974 to CEO of St. Paul’s privately held insurance giant Securian. As CEO, he is credited with doubling sales to $4.2 billion and leading the firm through several metamorphoses—including its conversion from Minnesota Life to Securian. When he retired in late 2014, Securian was one the strongest insurance companies in the country, providing $1 trillion in insurance protection to 15 million people. He is known for building one of the state’s best workplace cultures, as well as for his down-to-earth management style.

The board at TCF Financial Corp. was sad to see Bill Cooper go in 2005. So sad, in fact, that they beseeched him to return in 2008 to steer the bank through the economic storm. Without Cooper, Wayzata-based TCF arguably wouldn’t have hundreds of branches across eight states. Though the face of Minnesota’s third-largest bank is making his second exit from the CEO chair at year’s end, he won’t be completely absent. He’s moving one seat over to chair the board at the house he built.