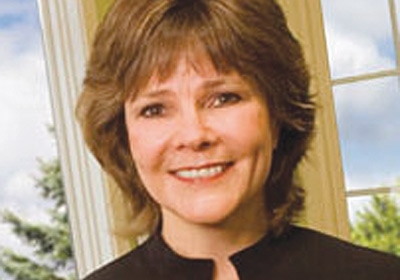 Marvin Windows and Doors grew from a lumber company that started making barn window sashes and doors to keep workers busy during the draggingly slow months of winter. It’s also built on a foundation of retaining employees even during the worst of times. So when the recession hit in 2007—taking direct aim at the home building industry—Marvin’s leaders held the line. They vowed that they would not lay off one of their 4,200 employees or touch their health care.

Instead, the company reduced working hours and cut pay and benefits, including profit-sharing, 401(k) contributions, and tuition reimbursement. Marvin also didn’t take a profit for a couple years. Though the private company certainly bucked trends with these moves, its executives didn’t have to answer to Wall Street.

It was a challenging time for company President Susan Marvin and more than a dozen third- and fourth-generation Marvins who run the Warroad company, which was started by her grandfather, George, in 1912. “It was very difficult to know that we weren’t able to give people enough work, and they were used to having a 40-plus-hour week,” she says. “But I felt really good when I considered the alternative. It was a family, ownership, and an executive decision, and I think everybody felt very good about [achieving] what we set out to accomplish.”

Marvin’s leaders made another key decision, Marvin says: continue investing in research and innovation. They were following another mantra of Susan’s father, William, who transformed the lumberyard into the company Marvin is today. He always urged company leaders not to compete on price; instead, they should make the buy attractive by adding value for customers.

In the next 20 years, Susan Marvin says, innovation will continue to bolster the company’s fortunes. There are many possibilities, including developing solar-powered windows that transmit energy, or continuing to advance new materials like pultruded fiberglass (a highly durable composite material).

By then, Marvin will have transferred leadership to the fourth, and even possibly the fifth, generation of Marvins, a significant and rare accomplishment for a family-owned business.

“I’m not going to use an ‘I,’ ” she says. “It’s a family business with a lot of different talents sitting around the table. We’ve worked well together bringing tremendous value to our customers. We’ve provided good jobs and we’ve been a good corporate citizen. What I’m most proud of is our family’s ability to embrace that mission as a collective unit and never put ourselves in front of it.”