A family dedicated to helping people in need has transformed a single-property operation into one of the state’s largest providers of housing and support to people dealing with chemical dependency and mental illness.
April 01, 2020 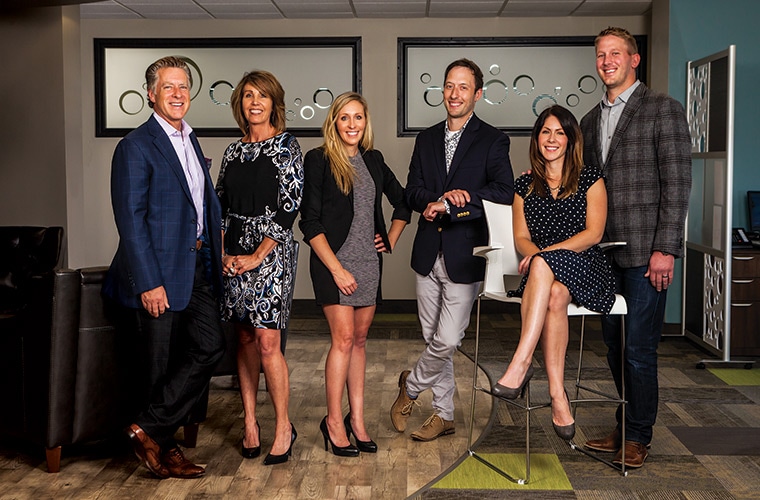 “It was kind of a traumatic experience for a few reasons,” says Arrigoni, who was 13 in 1973, when his mother, Virginia, disappeared on a Friday night, leaving him home alone with his brother, Raymond.

But Arrigoni’s worry wasn’t focused solely on his mother’s whereabouts. At 13, he had other priorities.

“My dad’s company had season tickets for the Vikings, but they didn’t come around very often,” he says. “He had left tickets for my brother and me to go to the game, and he gave them to my mother.”

Saturday came and went; no sign of Virginia. “I got more and more upset,” Arrigoni remembers. “I was so upset because I was afraid we were going to miss the Vikings game on Sunday, and this was when the Vikings were really good.”

Desperate to see the game, he called his older sister, Mary Ann, his mother’s daughter from a previous marriage, and asked for help. His sister and her husband checked a few of Virginia’s favorite haunts, found her and brought her home.

Shortly after the incident, Virginia’s family checked her in for treatment; she was released a month later. A few weeks after she returned home, she made an announcement to her son: “We’re going to start a halfway house, Billy.”

“That was the beginning of it,” Arrigoni says. “Within literally weeks, she started bringing people into the house.”

Arrigoni remembers his mother gradually filling every room in the house, including his, with men who had completed addiction treatment and were looking for a place to live. “I was not OK with that,” he says. “So I went up into our unfinished attic and set up my own nest up there. She left me alone for several months until she came up to see me one day and said, ‘This is kind of a nice spot. I might put some guys up here.’ I kind of surrendered at that point, and I was eventually living with two or three other guys up there.”

Virginia housed younger clients in the attic with her son. “They kind of became like brothers to me,” he says. “I just grew up with it.”

Forty-four years later, Arrigoni is the CEO of Supportive Living Solutions, the company that grew out of his mother’s idea.

“When she started this, it was kind of a brand-new model back then,” Arrigoni says. “The idea was, with really chronically chemically dependent people, their recidivism was really high. The treatment for people [who were] being paid for by the state and county got really expensive, and they were looking for solutions to help these people get better stabilized. That’s what this program was birthed out of: We’re going to provide a safe, sober, supportive environment where you can come and stay.”

When Virginia Arrigoni, who worked as a real estate agent, sobered up after treatment, she stayed sober, and spent the rest of her life helping others stay that way. “Essentially she dedicated about the last 15 years of her life to helping other people stabilize in their sobriety,” Arrigoni says. Virginia died in 1988 at the age of 69.

Today, Supportive Living Solutions (SLS) is one of the state’s largest providers of housing and support to people dealing with chemical dependency and mental illness. The company has branched out to include three divisions: its Customized Living Advantage, which provides long-term housing and supportive services for people with mental illness or a disability; the In-Home Solution, which offers home visits to the mentally ill and disabled; the Recovery Advantage, a sober housing program for people who have completed inpatient chemical dependency treatment; and the Housing First Solution, which helps secure and maintain housing for the homeless.

Despite the company’s growth, leadership has had its fair share of rough patches. After their mother’s death, Mary Ann Dukek took the helm and Bill became chairman of the board. Not long after, Arrigoni left to attend Bible college in Oklahoma, but remained on the board. When he and his wife returned to Minnesota, they started a church, and Arrigoni thought his life’s work was settled. But when Supportive Living Solutions’ bookkeeper unexpectedly resigned, Dukek asked him to oversee accounting and other business operations.

Arrigoni agreed, and had been in the position for only a year and a half when Dukek fell ill with encephalitis and died two weeks after her diagnosis.

“At that point, I approached the board and said, ‘There’s nobody here who can run this company,’” Arrigoni says. “And it was in really bad shape. We couldn’t afford to hire anyone at a decent wage to run it.”

So he stepped in. “I followed my heart,” he says. “And we started doing things that made good sense, that helped us to cut expenses and increase our revenues. We got out of trouble and got to where we were actually thriving a little bit, and we started to grow the company.”

When Arrigoni took over from his sister, occupancy at SLS properties was about 85 percent. Arrigoni knew that beds were needed and there was no reason for every bed not to be filled, so he offered incentives to the properties’ directors to fill them.

Arrigoni also started to offer incentives to his employees. “I promised them they’d be making 30 percent more within three years, and we went way past that promise; they were making double inside that time frame,” he says. “We had a pretty decent reputation, but I think it got a lot better as we were training people and giving them a sense of pride in what they were doing and a real grasp of their purpose for being there.”

Bryan Toft, a regional manager of commercial loans at Sunrise Banks, has worked with the Arrigoni family since 2005, and says he has watched the company continue to grow and succeed for more than a decade. “It is rare to see a family work so well together and run a company this successfully,” he says. “They take pride in everything they do, and their ethical approach to business, from employees to clients, is a model for all organizations.“

SLS now has 175 employees at 11 residential facilities, all in the Twin Cities. Bill Arrigoni owns over 90 percent of the business; his two daughters, Angelica Young and Alessandra Bevers, and Joe Cuoco, a 17-year SLS employee, own the rest. Arrigoni expects the company to earn $11.3 million this year, a big increase from the $450,000 that the company was earning each year when he took it over in 1996.

And although six members of the Arrigoni family work for the company, Bill Arrigoni doesn’t like to characterize it as a “family business.”

“The reason I didn’t want to get painted into that corner is that I don’t run it that way. I really don’t believe in nepotism,” Arrigoni says. “There has been a lot of family in the business; there was a time when I took it over, and they all left. But there have been family members of the next generation who have expressed interest in working here, and some have worked out and some have not. I hold my family members who work here to a higher standard, not a lower one.”

In the end, the goal of every arm of the company is the same: to help those who need it and can’t find it elsewhere.

“My mom and other staff who worked for us, and our current staff: I believe we have saved a lot of lives,” he says. “We do get people who come back and visit and they tell us that: ‘You saved my life.’ That’s what the company has done, not just for me, but for all the clients we serve.”

1988 – Virginia Arrigoni dies at age 69. Dukek takes over the business and her half-brother, Bill Arrigoni, becomes chairman of the board. Under Dukek’s leadership, the company purchases another property in the Twin Cities.

2010 – SLS converts a property into housing for people who have been long-term homeless.

2014 – The company expands into the in-home services market to serve mentally ill residents in their own homes.