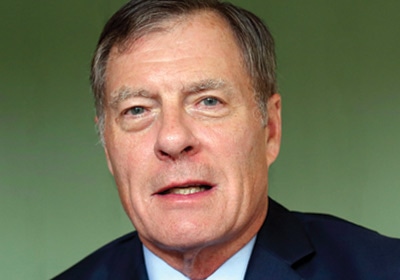 More than 6 million higher education students—nearly a third of all such students—now take at least one course online. Numbers like that validate the vision of online learning pioneers like Stephen Shank, who 20 years ago staked his claim in the untamed frontier of the Internet to co-found what is now Capella University. Capella, a publicly held online school based in Minneapolis, has since awarded degrees to more than 35,000 “learners,” as Shank likes to call the school’s student body of working adults.

Shank retired in 2009 but remains on Capella’s board and actively assists in strategy. “When I reached age 65, I realized that I needed to let someone else lead Capella,” Shank says. “I needed to focus more on my personal life, because I didn’t have a good balance while I was working. And it’s been wonderful.”

Shank’s unorthodox career path turned out pretty wonderful, too. After serving as chairman and CEO of Minnetonka-based Tonka, Shank, who had started out as an attorney at Dorsey & Whitney, found himself unemployed after Tonka was acquired by global toy manufacturer Hasbro in 1991. Rather than pursue a traditional career path, he directed his search within to identify his life’s work. Spurred by his natural interest in lifelong learning and the idea of offering more education options to working professionals, Shank followed the lead of one of his heroes, Steve Jobs, and ventured onto the cliff of disruptive innovation to co-found Capella.

Shank’s higher aspirations for higher education sustained him in the lean years, until the late ’90s, when Capella achieved accreditation and Internet use reached critical mass. As Capella evolved, so, too, did Shank, who acknowledges that he would have been a better leader had he started his career with a stronger grounding in business. “My greatest challenge was managing my stress, my areas of weakness, and figuring out how I could meet the challenges no matter what they were—and there were always challenges,” he says.

When Shank stepped down in 2009, Capella’s market valuation was $1 billion and the company had been inducted in Inc. magazine’s Inc. 500 Hall of Fame. “When we started out, online learning was something unimaginable,” says Shank.