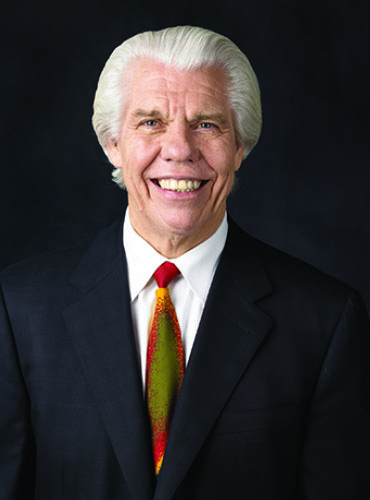 Inspired by Albert Schweitzer’s work in Africa, 18-year-old Bill Austin decided to become a missionary doctor. Leaving his family in Oregon, he enrolled at the University of Minnesota Medical School in 1960. To earn tuition money, he worked as an ear-mold technician at his uncle’s downtown Minneapolis hearing aid company. “As I was doing that work, I thought about how hearing aids could be manufactured more efficiently so people might hear better,” Austin recalls. “And I kept saying to myself, ‘Don’t think about those things; you’re going to be a doctor.’ ”

One day he was called in to help fit an elderly man with a hearing aid and was deeply moved by the man’s joyous reaction. That night, Austin lay on a single bed in his rented room at 2770 Dean Boulevard in Minneapolis and stared at the ceiling. “I said to myself out loud, ‘Bill, the reason you want to be a doctor is so you can help people. If you do this work, you’ll be able to help people and you won’t kill anyone; as a doctor, you’re sure to kill many.’”

Realizing that a business employing teams of people could accomplish more than even the best-intentioned of doctors, Austin abandoned his medical plans. “I changed the course of my life instantly from that one looking-at-the-ceiling conversation with myself,” he says. “I saw the opportunity to be a greater gift by being part of a team that had a number of hands and a number of hearts that could impact the world.”

“We have a huge Starkey India team that tests hearing all year long. We give away as many as 40,000 hearing aids a year there.”

In 1970, Austin paid $13,000 for Starkey Laboratories, a three-person firm in Maple Plain, and merged it with the hearing aid repair business he had started in the basement of his Hopkins home. Seventeen months later, Starkey’s custom in-the-ear hearing aids were introduced to the market.

Five years later, that charitable corporate policy was expanded into the international market, and the world hasn’t been the same. Last year alone, the Starkey Hearing Foundation gave away 165,000 hearing aids to people in need, more than 90 percent of whom lived outside the United States.

Walter J. Duffy Jr., former city attorney and chief legal officer of the City of Minneapolis, and the founder of St. Louis Park-based Duffy Law Firm PLLC, nominated Starkey for the award. “Through the Starkey Hearing Foundation, the gift of hearing is given to hundreds of thousands of people,” Duffy says. “Just imagine the joy of a child who experiences this life-changing event. This is humanitarianism of the highest order.”

At 72, Austin remains CEO and sole owner of Starkey Hearing Technologies, now one of the largest hearing aid manufacturers in the world. Starkey sells more than 1.1 million hearing aids a year, employs 3,600 people, operates 21 facilities and conducts business in more than 100 markets worldwide.

Austin himself leads numerous overseas missions for 10 months out of the year, only returning to Minnesota for a few days or weeks at a time.

In most of the countries served, a team of locals is put on the payroll to handle after-care issues. “We have a huge Starkey India team that tests hearing all year long,” Austin says. “They provide speech therapists for local schools and provide follow-up care with audiologists on our team. We go to India twice a year and give away as many as 40,000 hearing aids a year there.”

Starkey Hearing Foundation teams return every year to most of the 100-plus countries they’ve visited except those that are too dangerous. “We had 8,000 people ready and waiting in Egypt when the Arab Spring hit; Mubarak himself was in line to get a hearing aid and wanted me to take care of him when I was there,” Austin says. “We were told to wait because the military couldn’t guarantee us security.”

Recognizing that the Egyptian uprising would elevate tensions in the Middle East, Austin felt the need to do something to try to calm the situation. His solution? Adding Israelis, including the son-in-law of Israeli President Shimon Peres, to the Starkey team going to Palestine. “The first day, the people who were sent to guard us had their guns in their hands at all times,” Austin says. “By the second day, the guns were on their backs and they were helping us with hearing aids. They told their superiors what was going on and the generals came down. They met their counterparts from the Israeli side and became friends.”

Austin marvels at what happened. “Shimon Peres told me we had done more than I could imagine to create understanding.”