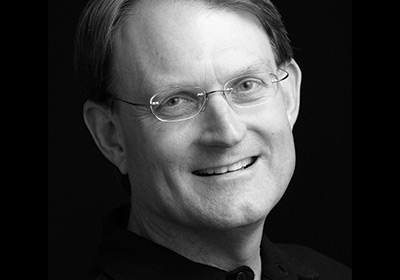 3D printing is clearly the next big thing. Stratasys’ Scott Crump sat down to discuss the value of mergers and 3D printing’s limitless trajectory.

Stratasys had two mergers in the past year, one with Objet and the other with MakerBot. Let’s take one at a time. Why the Objet deal?

For the cross-selling synergy. Objet invented the PolyJet, which uses a liquid photopolymer technology. [PolyJet uses a technology to jet layers of liquid photopolymer onto a build tray and cures them with UV light.] So by combining our companies, the sales team can now sell not only the whole range from CAD [computer-aided design] but also into these new direct digital manufacturing applications.

It was a deal that, combined, made you a $3 billion company. How long did that take to pull off?

Ten years ago we tried and were really close, but it didn’t happen. Seven years ago we tried it again. I decided since we were unsuccessful before, we’d at least distribute Objet’s product since we needed bulk; we had built up a huge dealer network but didn’t have enough product. You pay for it because you’re building up a competitor. But we distributed them exclusively in the U.S. and were able to see this interesting synergy.

That worked for three or four years but eventually we had enough product to sell, and you get a lower margin if you’re distributing, so we had to stop that. We decided to make one more [push], our third round on the acquisition, failed again, and finally said, “Ah, forget it.” But roughly two years ago, the chairman said, “Would you like to merge companies?” And after three times I thought probably not [laughs]. But he’s a very persuasive guy.

What was the most challenging thing about the merger?

Figuring out the structure. We were trying to do a merger of equals. We spent three months asking, “What does that structure look like? What’s the board look like?” We had big debates. You also have to communicate with boards and shareholders. You have to work hard with the boards because they’re always trying to be logical [for] today, with little about the future. But the deal is really not about this year or last year, it’s about the next three or four years.

What were the business reasons that convinced you to pull the trigger?

There are some really easy rules of thumb in terms of revenue, net revenue, gross profit, and then all the way down to taxation. Taxation is different in terms of the two countries [United States and Israel]. We have a very high tax rate in the U.S., and I’m proud to pay taxes, and we pay 37 percent, and we continue to pay that. Competing with Objet, at the time they had 10 percent (in Israel). Think about that. They have a three-times advantage to reinvest the cash that doesn’t go to the government. But now instead of paying as a combined company 37 percent, which we do at Stratasys, it’s now 19 percent. Guess what? We can show more earnings, we can reinvest. I would guess next year we will be spending $45 million or $50 million in R&D, where before it was $11 million.

Now take us through the MakerBot merger. That gets you into the hobbyist space, yes?

It does. We had built our business targeting the commercial and industrial space. What MakerBot was able to do was drive into the home hobbyist community. When you’re in the industrial space and you’re talking to a company like GE, you have some pretty high-bar performance requirements. It’s pretty interesting actually. They talk in terms of Six Sigma, they don’t talk about, “Well, good enough.” But if you go to home hobbyists and you have a low enough price, “good enough” works. It’s been a good lesson for the company, that there are different needs. To me it’s fascinating to be able to sell from $1,000 [price point], profitably, because we’re selling that through an Internet channel, which we now have through MakerBot, all the way up to $600,000 for the top-end industrial machine.

Where is your company heading?

There’s no technical reason why you can’t print electronics. There’s a financial question as to whether you can make a business in doing that today, but if you take it over the next 10 years or 20 years I think many products in low volume will be push-button [printed]. As we increase the speeds we will be into that C-to-C [customer-to-customer] market and in the low end of the injection-molding market—low end being 1,000 parts at a time, with no tool; you just press a button and you get the parts out.

I also have a vision of expanding into metals. We have patent positions and some R&D. So it’s not a huge leap of faith to say we take the plastics that we’ve done extremely well in and move into metals. Like in a 3D printer. But it will take some time.