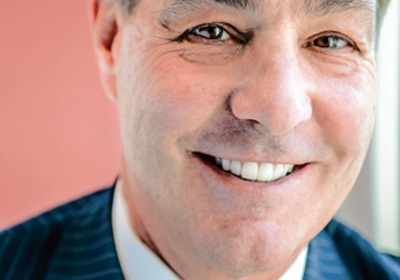 The gangbusters real estate market of 2000-2005 taught Ron Peltier that even the most veteran of industry players can get caught up in a boom. Going against more than 35 years of experience in real estate, first as an agent and ultimately as president and CEO of HomeServices of America, Peltier admits, “I’ve been in the business long enough to know better.”

At the time, HomeServices—a subsidiary of Warren Buffett’s Berkshire Hathaway and the parent company of Edina Realty and many other brokerages—rapidly added offices and hired staff. Peltier says the company figuratively spent $2 to earn $1 as it sought to keep up with a market that was adding 20 percent more units a year, instead of a more normal 1 to 2 percent.

“We were not following our instincts that this was not sustainable,” he says. “When the market collapsed it took an awful lot to unwind all of that. Very good people were laid off and we had to close a lot of offices we never should have opened. We learned that we should not lose our compass and common sense to chase an unrealistic market.”

Now he’s back to more deliberately guiding HomeServices through an ambitious plan to build a national residential real estate brand. Berkshire Hathaway Home- Services made inroads in the past year by completing several major acquisitions, including Prudential outfits in Georgia, Connecticut, and California.

The move to develop a consistent national brand reflects Peltier’s awareness that customers prefer one recognizable point of entry for property searches. Yet for well-entrenched brands like Edina Realty, the local brand will be the prominent name customers see, with the Berkshire Hathaway tagline underneath.

Peltier’s expansion plan and steady leadership fuels growth at HomeServices, which is on target to boost revenue 25 percent this year, to $50 billion, and expand from 16,000 brokers to nearly 70,000 nationwide. He approaches this work with the tenacity and perseverance he learned on the hockey rinks of his youth—including time as a Golden Gopher—remembering that “nobody cares what you did yesterday. It’s what you do today and tomorrow.”