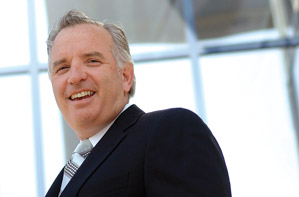 After serving on more than two dozen boards and investing in numerous start-ups, Paul Knapp has developed an investment philosophy that boils down to a five-word formula: Good people produce good profits.

“Before investing in an emerging company, what I look for first and foremost is outstanding people,” says Knapp, president and CEO of Space Center Ventures, a venture capital fund that invests in emerging med-tech, high-tech, and green-tech companies, with a focus on the Twin Cities. “My experience has proven to me that weaker people can’t be successful no matter how strong their business model, while outstanding people will somehow always find a way to outperform the market regardless of any shortcomings in their business model.”

Knapp currently serves on the boards of the following companies:

“I enjoy being around people who are smarter than I am, experts in their field who are taking reasonable risks and seizing opportunities not apparent to the rest of the world,” he says. “It’s the type of environment where you’re constantly learning.”

After earning a BA in finance at the College of St. Thomas, Knapp temporarily stepped off the business track to attend William Mitchell College of Law. In 1985, with a long-term goal of a business career in mind, he accepted an attorney position at B. Dalton Bookseller, planning to get into the business side of things at the book chain’s parent company, Minneapolis-based Dayton Hudson (now Target Corporation).

Fate intervened a year later when Knapp received a call from Space Center, a Roseville-based commercial real estate ownership and management firm and the parent of Space Center Ventures. “The CEO was looking to find a young attorney whom he could turn into a businessperson, and I fit that mold,” Knapp recalls. “They had interviewed a friend of mine who told them that he wasn’t interested, but that they should give me a call because I would be, and that’s how we made the connection.”

After serving for a year as corporate counsel, Knapp moved to Chicago to act as general manager of Southgate Commerce Center, a Space Center–owned industrial, retail, and office park on the city’s Far South Side. Five years later, Knapp returned to Minnesota as senior vice president and director of operations for Space Center. In 1999, he was named president and CEO of Space Center Ventures.

Knapp’s experience with emerging companies has been a big help to Midwest Wind Finance. “Paul has helped us rethink our business model, which has been well received in the market,” says Jeff Wright, Midwest Wind’s president. “Paul is a really good blend of being a champion, a cheerleader and a true gentleman, along with the right dose of hard-headed pragmatism and occasional tough love.”

“Paul comes prepared and challenges management, which is good,” says Michael Zenk, Venture Bank’s president and CEO. “In banking, probably more so than any other industry, you have expectations for your directors as business generators . . . . Paul’s done a great job of referring potential customers to the bank. Our reputation as a bank is enhanced because he’s a director.”

And That’s Not All

Knapp also serves on the board of Avenet, a St. Paul–based provider of Web site development and content management services.