The Allen Edmonds CEO and president has the company stepping forward while keeping one foot in tradition.
April 01, 2020 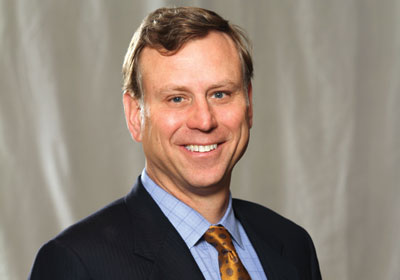 Founded: 1922
Headquarters: Port Washington, Wisconsin
Revenues: $102 million
Employees: 750
What it does: Manufactures and sells men’s shoes through retailers and online

Paul Grangaard turned out to be the right cobbler for Allen Edmonds Shoe Corporation. Headquartered in Port Washington, a small industrial city on the shores of Lake Michigan north of Milwaukee, Allen Edmonds was founded in 1922. By 2006, when Grangaard joined the board, the company looked all but worn out.

The problem, he says, was that the company wasn’t focused on its core consumer base and what those men wanted to wear. The new shoes were an attempt to echo European designs, but they didn’t look authentic. The company’s stores, too, had a very European look, which was too expensive to build and wasn’t where the Allen Edmonds customer wanted to shop. “Our customer base liked us because we were the great American styling company,” Grangaard says. Classic American styling, he notes, includes shoes with patterns, such as wingtips, along with stronger soles, rougher leathers, and more rounded toes than are typically found in European designs.

Before taking charge at Allen Edmonds, Grangaard’s career had been in largely in investment banking and private equity—his rÃ©sumÃ© includes stints at Goldner Hawn Johnson & Morrison, Piper Jaffray, and First National Bank of Chicago. He joined the Allen Edmonds board while at Goldner Hawn, which was a majority investor. “I was in the business of understanding brand building and product differentiation, and I was always fascinated by how people like to present themselves,” Grangaard says.

Grangaard became the firm’s CEO in 2008. Under his leadership, the company brought back popular classic styles that the company had discontinued. It also updated the styling of its retail stores. Its Minneapolis’ City Center store, which opened in 2010, looks like “an updated den in a nice home, an American home,” Grangaard says. Encouraged by that store’s performance, the company has since opened nine new locations, along with three outlet stores in the southern United States.

In 2011, the company redesigned its website. “Our web business has quadrupled over the past three years,” Grangaard says. Overall retail business, including online, is up more than 40 percent this year over last year, which set a record high. All told, sales are up 80 percent since Grangaard became CEO.

Currently, 90 percent of the company’s shoes are made in Port Washington, with the rest (mostly lower-cost items, including boat shoes and other rubber-soled products) made at the company’s Dominican Republic factory. Grangaard is happy that the company is walking down the road to success while keeping jobs in Wisconsin. It’s a solid foundation for the future—a thicker sole, if you will.