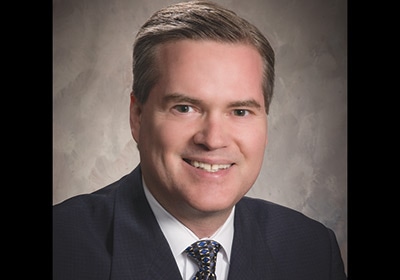 The top lawyer at 3M digs into patent reform litigation, global innovation, and dishes about a magic fire-suppressing liquid.

How many intellectual property lawyers do you have in practice worldwide?

We have about 220 intellectual property professionals around the world.

Goodness. Can you give us a sense of the depth of your global efforts?

We have laboratory facilities in 30 different countries, and we have patents in 79 countries around the world to the tune of 40,000 patent assets.

That’s quite an incubation process. How much does 3M sink into R&D in a given year?

We had $1.6 billion in research and development in the past year, and $7.3 billion over the past five. And it’s my role to help document, capture, protect, get legal protection in place, and utilize those inventions to help 3M grow and prosper.

You put in seven years advocating for a newly defined America Invents Act (AIA), which Congress passed in 2012 and which you believe should move patent applications more quickly through the Patent and Trademark Office (PTO). Is it working?

The America Invents Act put the pieces in place to give the PTO the tools and the resources to issue higher-quality patents more promptly. PTO funds that users pay to have patent applications processed have been deemed to be subject to sequester by the Office of Management and Budget. The result is $121 million in user fees will be sequestered and put into a fund that is unavailable for the PTO to use. The result is a slowdown in hiring qualified patent examiners, in training, in updating outmoded IT systems at the patent office. It’s a real problem.

On average, how long does it take to get a patent through the system?

The average length of time it takes to get a patent in the U.S. is 29½ months. The PTO has cut its backlog of pending patent applications, but there’s still something like 600,000 that are still waiting to be examined.

Are patent systems fairly similar around the world?

There are some common aspects but there are some real differences. If you’re not skilled in navigating those different systems, you can end up with either no patent or substantially less than you would have been able to get otherwise. One of the main changes in AIA was to go to the first-inventor-to-file system and that was part of a broader effort to harmonize patent laws around the world. For a multinational corporation like 3M, we’re firmly pushing for increased harmonization.

You testified before the House Judiciary Committee about patent abuse litigation. Instead of calling for major reforms, you seemed to come out in support of a go-slow approach. Can you explain?

There are some bad behaviors that have cropped up in terms of asserting patents, which need to be addressed. But in the bigger picture I think we have to be careful, as we have one of the strongest patent systems to protect the most innovative economy the world has ever seen. We don’t want to undermine the general enforceability of the patents to remedy acts by just a few bad actors. That could have unintended consequences.

3M is identified with Post-its. What’s the next 3M product that could have as deep an impact?

We have a very interesting line of fluorinated liquids that are called Novec fluids that are used in a lot of applications. One is in firefighting in areas of high-value assets. If you have a server farm for computers and you need a sprinkler system in case there’s a fire, you can’t pour water on them, as that will ruin all the computers. Or if you have sensitive documents or something like that, you can’t let them get wet if the sprinkler system goes off. So this fluid, which replaced earlier fluids that would contribute to global warming, is a very green technology in that it neither causes global warming nor depletes the ozone layer. You can put it in fire-suppression systems and it can spray all over a computer farm and not damage electronics. It’s installed right now at the Alamo because if there’s a fire you don’t want water drenching all the historic building’s documents. It’s at the National Archives to protect the Constitution and the Declaration of Independence. In the Smithsonian Museum of Natural History there’s a giant squid floating in this stuff because it preserves it perfectly.