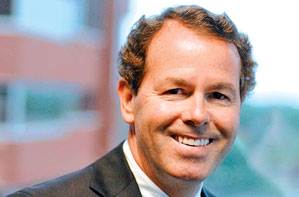 Like his father, Jeff Curler graduated with a degree in chemical engineering from the University of Wisconsin–Madison. And like his father, Curler served a several-year stint as CEO of Bemis Company, a Neenah, Wisconsin–based global supplier of pressure-sensitive materials and flexible packaging.

Bemis Company, a long-established Minnesota company, acquired Curler’s father’s firm, Curwood Packaging Plant in 1965. “A major part of the sale process was in Bemis stock,” Curler says. “So to make that a worthwhile investment, my father had to stay on and make sure it did well.” Curler’s father was named Bemis’s CEO in 1978 and remained in that position until he retired in 1990.

Curler joined Curwood after graduating from college. He advanced to the presidency in 1982. In 1996, he became president of Bemis, and was named CEO four years later. Since then, he has taken Bemis from $2.1 billion in revenues to a $3.8 billion company with 15,200 employees in 10 countries. In January 2005, after acquiring Dixie Toga, a Brazilian company, Bemis became the largest maker of flexible packaging materials in the Americas.

Curler’s reputation as a hands-on leader who likes to stay close to the action was cemented in 2006, when he moved the company’s headquarters from Minneapolis to Neenah. “The problem I had is that we don’t have much for operations in Minnesota,” he says. “We have quite a few operations in Wisconsin, so we moved the headquarters here. I thought it would be good for our management team to be close to real, live manufacturing operations and be able to easily visit a plant to see products being made. There’s nothing better when you’re getting all bogged down in what goes on with running a business than to actually walk through a factory. It’s a good way to reconnect with what you’re trying to accomplish.”

Curler credits his father with moving Bemis toward a high-tech packaging mentality focused on innovation. “Our R&D has been a driver of differentiation,” he says. “But we also recognized recently that we had to combine that with operational excellence without disrupting our culture of technology. In any business, it’s always more fun to work on new products than it is to make existing products better. But we’re confident now that people know they can get rewarded and have a lot of satisfaction in improving existing products almost as much as designing new ones.”

After eight years as CEO, Curler stepped aside in February 2008 and is now the executive chairman of Bemis. (Henry Theisen is CEO.) Curler now devotes his time to working with Bemis’s board of directors and coaching his successor on strategic growth and acquisitions.

Curler’s father, Howard, passed away in 2004 at the age of 79. “He was a very good teacher,” Jeff Curler recalls. “One of the things that I’ve always been pretty proud of is that even though we’re close to a $4 billion sales company, we’ve retained the smaller company feel. A lot of people like working for a company where they know that they can, at any time, go talk to the CEO.”