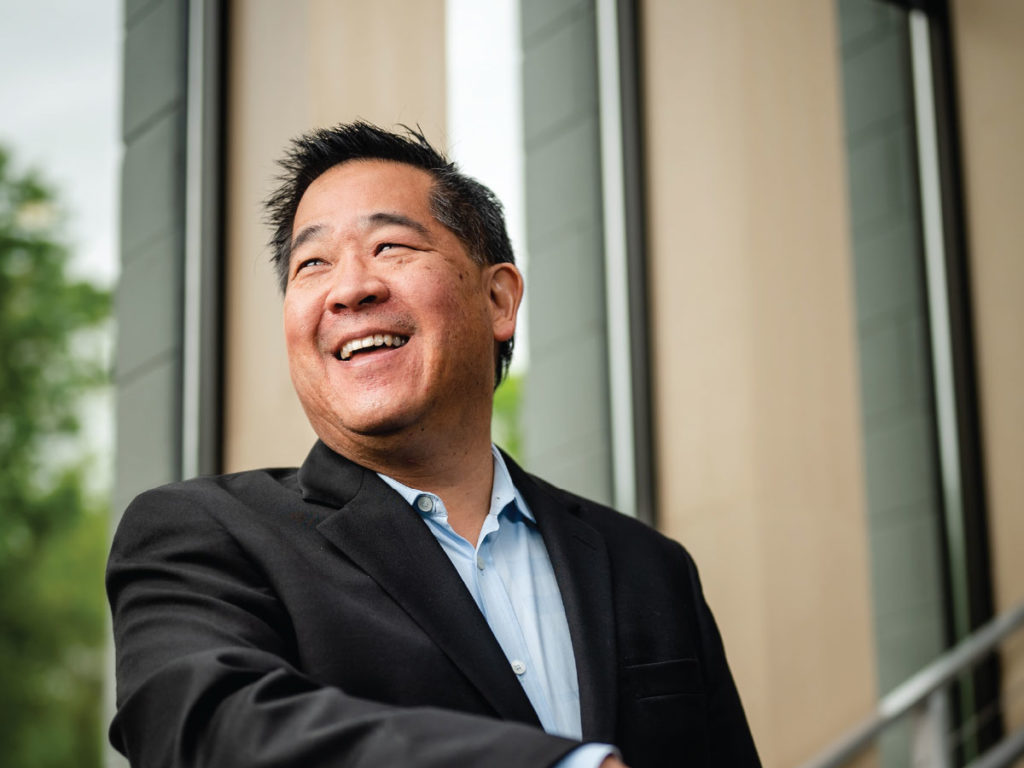 The CEO and president of Shaw-Lundquist Associates Inc. continues to build on his father’s visionary leadership as one of the nation’s largest Asian-American contractors.
By Burl Gilyard
| July 18, 2021
Acceptance SpeechProfile Video

Hoyt Hsiao was only 9 years old when his father co-founded construction firm Shaw-Lundquist Associates Inc. in downtown Minneapolis in 1974. Hsiao has now been with the family business for more than three decades, serving as its president and CEO since 2009.

His father, Feng Hsiao, went by the Americanized name “Fred Shaw” in business because his colleagues found his real name difficult to pronounce. By the time he died in 2010, Shaw was something of a legend in the local construction industry. He built his firm into one of the largest Asian-American-owned contractors in the U.S.

Carrying on that legacy is at the core of Hoyt Hsiao’s mission for the company. Hsiao joined the family company in 1987 at 22 after graduating from college. He worked on general business operations, including some project management and estimating work.

“I think I was fortunate with my dad as my role model in the sense of how he treated his employees and his team members. Also, how he brought me into the business. He was always pretty open and sharing and he actually let me take some responsibility and be accountable,” says Hsiao. “I know some of my peers who worked in family businesses didn’t have that same opportunity.”

A Star Tribune obituary for Fred Shaw offered this take on his role in the community: “He was a pillar and major benefactor in the Twin Cities’ Chinese-American community, and a man whose word was his bond.”

Hsiao says that he is trying to carry his father’s values forward in business.

“We really push to be a purpose-driven and value-focused company, where we use those as guideposts for how we bring our team members on,” says Hsiao. “Our purpose is building better lives.”

Shaw-Lundquist made a bet on Las Vegas in 2005 when it opened an office there, and the bet has paid off. Hsiao says that its Vegas business started kicking into high gear in 2016 and has been an important part of the firm’s growth. Hsiao’s younger brother Holden leads the Las Vegas office.

“We had great opportunities out there and started developing really good relationships with a couple of the resort and hospitality companies along the Strip,” says Hsiao.

Hsiao says that the company was “going gangbusters” there until Covid hit. “Our revenues have dropped by more than half,” he says. In the process, Shaw-Lundquist has been looking to cultivate Las Vegas business outside the Strip. But the high-profile projects haven’t dried up entirely; Shaw-Lundquist recently completed work for the new Amalfi by Bobby Flay restaurant in Caesars Palace.

We like to work with people who are ethical and transplant. He does have that reputation in the market.

Throughout the pandemic, the company has focused on maintaining relationships.

“We’ve really worked hard to keep the momentum going during Covid and keep all those relationships fresh,” says John Jensvold, vice president. “It’s starting to look like there’s great momentum coming out of this whole pandemic. We’re seeing a lot of opportunities for the next fiscal year in manufacturing and hospitality.”

The company set a revised target of $120 million to $130 million in revenue for its current fiscal year. Roughly two-thirds of the company’s revenue comes from repeat business.

Shaw-Lundquist is a small company compared to the construction giants but still lands some big jobs.

Hsiao mentions Fortune 500 companies Xcel Energy, 3M, and U.S. Bank among the firm’s past clients. The company has done several projects for Minnetonka-based UnitedHealth Group, including a 2019 renovation of executive offices at the company’s headquarters. Shaw-Lundquist also built a location for iFly, an indoor skydiving attraction in Minnetonka.

“We were looking for somebody who had a really strong reputation. We like to work with people who are ethical and transparent. He does have that reputation in the market,” says Brenda Quaye, founder and owner of Venstar. “But also, as a female real estate developer, I’m kind of an oddity in Minnesota. I know Hoyt is, I think, one of the largest minority general contractors in the state and [Shaw-Lundquist] is also headquartered over in Eagan, so it was a great opportunity for us to work together.”

It isn’t in Hsiao’s nature to dwell on feeling different; it never has been.

“I remember growing up and being called names, or in college going out and people saying things to me. It never really bothered me,” Hsiao says. “I always had friends who were supportive, but those things do happen.”

The conversation has been tougher to avoid lately, given the spate of blatant racism and violence against Asian-Americans.

Although there has been progress in the building industry, inequities built into the system remain, says Hsiao. “Are there things that we can do to make it more equal? Will it ever be fully equal?” he asks, posing the questions he often hears. “I don’t know.”

“Hoyt has been a great client for MEDA for many, many years,” says Edgardo Rodriguez, a business consultant with MEDA. He notes that MEDA worked with Shaw-
Lundquist to help with the transition of the business from father to son and says that Hsiao also took part in a three-year MEDA entrepreneurial leadership program.

“Under his leadership they have done just fantastic. He’s still looking to grow,” says Rodriguez.

“He has really given back to the community in a very, very big way.”

Looking to the future, the third Hsiao generation is not quite ready to step into management.

2015 Hsiao is named Entrepreneur of the Year by MEDA. 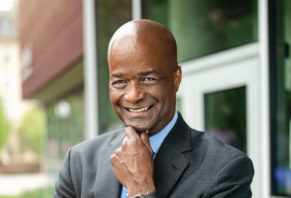 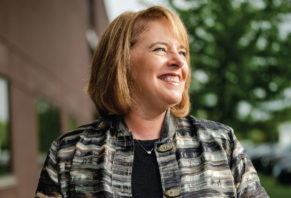