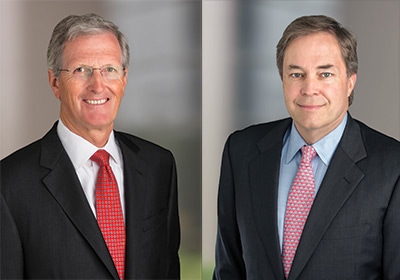 Best Book I’ve Read This Year:
The Emperors of Chocolate: Inside the Secret World of Hershey and Mars by Joel Glenn Brenner

Minnetonka-based Cargill, the nation’s largest privately held company, has had only eight chief executives since its founding in 1865. It will get its ninth December 1, when David MacLennan succeeds Greg Page.

The two men have contrasting backgrounds. MacLennan, 54, nicknamed “DMac,” was born in Boston and grew up in Chicago and the Twin Cities. He has a bachelor’s degree in English from Amherst College and an MBA in finance from the University of Chicago. His father, Ev, was a 40-year Cargill veteran who rose to become the company’s human resources director before retiring in 1997.

Page, 62, is from Bottineau, North Dakota, 10 miles south of the Canadian border. He has a bachelor’s degree in economics from the University of North Dakota. His father was a farm equipment dealer. Could any place be more rural than Bottineau? “Maybe 12 miles west of there,” Page quips.

Both men worked their way to the top in an era when Cargill, long seen as reclusive, became more transparent. But its shares still aren’t traded publicly—a point widely seen as a competitive advantage since it helps the company focus on a long-term vision instead of subject to Wall Street pressure for short-term profits. Family shareholders have also accepted a relatively low dividend rate, which has strengthened Cargill’s balance sheet and fueled expansion.

Page, who becomes executive chairman, has been CEO since 2007. MacLennan was named president and chief operating officer in 2011.

How big is Cargill?

Are sales a meaningful way to think about Cargill’s growth?

GP Not really. We tend to think of ourselves in volume. This year, we’ll almost certainly handle more crops in North America than last year, but our revenue from selling them will be down. Once in a while, DMac or I will be stumped by board members when they ask what our sales were last quarter. Our capacity to grow is best measured by our earnings before interest, taxes, and depreciation—$5.64 billion in fiscal 2013 vs. $4.07 billion in 2012, and a high of $6.51 billion in 2008.

Cargill seems less ‘reclusive’ than it once was. What’s your take on that?

David MacLennan: When I first started here in 1991, my first day on the job, somebody pulled me aside and said “The worst thing you can ever do is get your name in the paper or your face on TV. Never show up in the media.” Now we’re in the media regularly. Part of it is the transformation in the media. Then we had mostly a few television networks and the dailies. Now look at how that’s changed. There’s more demand for information, more people wanting to know who you are and what you’re doing. We take that responsibility very seriously. We have a director of social media now.

How new is that?

DM Three years. I remember when we were hiring for that, I thought, “OK. We’re really coming into the modern age. We’re going to have a director of social media.” Cargill has roughly 170 people in corporate affairs today vs. about 45 in 1991. It’s the way of the world.

GP We didn’t even have a boardroom well into the 1980s. When I went on the board, we met in a conference room over in the quality department.

Tell me about your careers.

GP I joined Cargill in 1974, and eventually got into our nutrition and poultry processing businesses in Asia. Then I came back to the U.S. in meat processing. David and I first crossed paths in 1998, when I got involved in our financial markets business.

Why leave the CEO job two years before mandatory retirement?

GP Planning, timing. We started talking about this early last year. The type of transition we would make, and the timing for executing it, were well laid-out.

DM I started out in Chicago as a runner and phone clerk at the Chicago Board of Trade’s futures exchange, then got into risk management at a small company in Chicago. I was there for nine years. Then I joined Cargill’s financial markets group. In 2000, I went to Piper Jaffray.

Why did you leave Cargill?

DM I felt that if I was going to advance my career I should work for a financial company. Cargill changed a lot over the year I left. I was invited back in 2002. The company had really transformed itself, and today it moves talent into different areas, regardless of what you had always done there.

DM Continuing on the growth path we’re on. The bigger you get, the bigger your investments need to be. It’s the law of large numbers. When you think about the countries that lack either an agricultural infrastructure or food security, it’s a tremendous opportunity for us. Doing business in so many different countries, government intervention, social and political volatility—those will continue to be challenges.

Do you have a Cargill news service?

DM I’d call my email system the Cargill news service—24 hours. You get up and you’re like, “Wow, look what happened overnight.” The Cargill world never sleeps. Every Monday, we get a report on Venezuela. Once a month, I get a report on India. Every 10 days, I talk to our guy in Argentina. The information flow from inside the Cargill walls is very efficient.

What was the biggest surprise during your tenure as CEO?

GP The degree of the volatility in global financial markets. We had layoffs in the fall of 2008 and again in 2011. We’re a cyclical company.

GP The world has never been further from famine. We have so much trouble getting that message across. The world is producing enough food to prevent malnourishment—assuming the food is appropriately distributed and people have the capacity to purchase it. Last year, you could find the word “famine” appearing often in the media. That doesn’t help the quality of the discussion, or of the public policy that flows out of it. Many stories about the U.S. drought last year led to the perception that the world grew less food in 2012 than in 2011. It didn’t.

GP Because of the freedom to trade, to move grain from one country to another, the southern and northern hemispheres shared enough to make up for disruptions in weather. During the last decade, well over a billion people gained the capacity to improve the quality of their diets. Ensuring that all people have access to safe, nutritious, and affordable food is a challenge Cargill feels called on to address.

Cargill employs a lot of people in this country. Should millions of unauthorized workers in the U.S. be given a pathway to citizenship?

GP We didn’t weigh in on citizenship. We did on legalization. Who gets to vote is a broader decision, and not our issue.

Can you cite an example of how legalization rules didn’t work out well for Cargill?

GP We had an employee with us for 16 years. He worked his way up to supervise close to 500 people. Then federal officials told us the Social Security number he was using was not his own. The government forbade him from working for us. So he went from a good job and benefits to being a day laborer. There should be a way to legalize people who have paid taxes, short of deportation—a pathway to legalization. These people play a crucial role, particularly in the food and agricultural industry.

You’ve been to the White House. Have you given the president your views?

GP Yes. I told him the story I just shared with you. He was sympathetic.

What’s an aspect of the company that might surprise some people?

GP We have about 1,800 people in research, in disciplines ranging from helping restaurants with menu alternatives to working on sodium reduction. Most of our work involves photosynthesis.

Can you cite any outstanding breakthrough?

GP No, but that’s not to say we haven’t done some big things. At every board meeting, we feature two innovations that have been out in the marketplace for at least a year, generating earnings of $1.5 million to $2 million a year. We dramatically improved the performance of our lactic acid business. We were significantly involved in developing [Taco Bell’s Doritos] Locos Taco shell. As the world moves away from PCBs, we are its largest supplier of bio-renewable transformer fluids.

Why did Cargill get out of the fertilizer business?

DM It’s not something we would have chosen to do, in a neutral world. Our largest shareholder, Margaret Cargill, passed away. The trustees of her estate wanted to monetize her shares, so we came up with the idea of splitting off a new company, Mosaic, to satisfy her needs. That de-leveraged our balance sheet because it created more equity and we had valued the investment on the books at a really low cost.

Will Cargill ever go public?

DM The family is very committed to keeping Cargill private.

Greg, what’s your most important takeaway from your tenure as CEO?

GP The longer you do the job, the more you realize how much you think you know for sure is no longer correct.