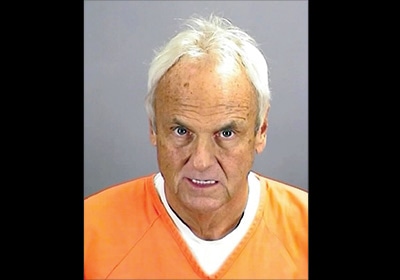 The most prominent of Twin Cities fraudsters kept a high profile, even from prison. Do an Internet search for Denny Hecker and the first thing you encounter are pages and pages of media stories about his moves from federal prison to federal prison. Hecker loved the public eye, and the public eye loved him.

Just days before his empire crumbled, his face could be seen on bus billboards all over town, exhorting commuters to drive away in a new car for next to nothing down. “Nobody Walks,” screamed the last of his ads. During trial and awaiting sentencing, he granted interviews to Star Tribune gossip columnist C.J. and phoned into Eyewitness News.

Hecker had 26 auto dealerships and claimed annual sales of nearly $7 billion. For a kid from Minneapolis’ North Side who entered the auto business at age 19, it was a meteoric rise and Icarus-like fall. Toward the end he invested in glam restaurants in the Warehouse District and had a lifestyle that was materialism personified, from his seven Jet Skis to the showy dinners at Manny’s.

He was accused of fraudulently soliciting and using inventory loans from Chrysler Financial and others to the tune of half a billion dollars. In quick succession Hecker declared bankruptcy, a judge accused him of hiding assets, his father-in-law committed suicide after being accused of helping Hecker hide cash, and his girlfriend Christi Rowan went to jail for making false statements in court.

In the end, no one knows what turned a striver from North Minneapolis into a fraudster validating all the old saws about car salesmen. Denny’s in prison, and won’t be getting out for at least another eight years. Maybe we’ll find out then.