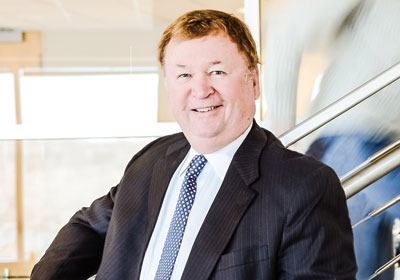 Have a conversation with Dave Mona and at some point you’ll ask yourself, “Does this guy know everybody in town?” As the 70-year-old retires this year from the company he started 32 years ago, he is easily one of the most recognizable names in the Twin Cities public relations business, if not the best known. Dave Mona and PR are synonymous, for all practical purposes.

A self-effacing character with a raconteur’s ability to hold a room with his deep trove of hilarious-to-poignant stories from the sports, civic, and business worlds, Mona’s guileless exterior belies an incisive acumen for what the public will accept in a given moment. The guy who began his career as a wide-eyed kid working for next to nothing at WCCO-TV, then slightly-more-than-nothing as a sports reporter for the Minneapolis Tribune, has been for at least three decades a trusted confidant and counselor to people and companies with serious problems to solve.

Bruce Benidt, another former Star Tribune reporter, worked for Mona for 12 years, coming aboard not long after Mona and Dennis McGrath (now a communications consultant for the Archdiocese of St. Paul) merged their talents with Scott Meyer and Sarah Gavin to form Mona Meyer McGrath and Gavin in the mid-1980s.

“The thing about Dave,” says Benidt, “is that I don’t think he ever lost that reporter’s logic—the reporter’s skepticism and ear for what doesn’t sound right and what people think when you say things a certain way. In a business where a lot of people think you can just throw a lot of fancy words at a problem, Dave understood the importance of being simple and understandable, which is not to say simplistic. The guy may be without pretense, but behind that average-guy exterior is really a pretty diplomatically shrewd operator.”

Today Mona’s Bloomington-based operation is the fourth-largest component of PR giant Weber Shandwick International, which acquired the smaller firm in 1988. Leadership in Minneapolis continued nonetheless, with Mona as chairman and McGrath as president until his retirement in 1996 (Gavin became president at that point). Today, the local Weber Shandwick office employs 150 people and generates about $25 million a year in revenue. Clients include the U.S. Army, Mall of America and Syngenta Seeds.

Looking back at his firm’s early years, Mona freely admits that the company’s financial affairs were a mess before the four principals brought in Mary Jeffries as a CFO, or, as she laughs, “BICO—b—h in the corner office, which is what Dave called me, because I wouldn’t let them spend money like they had before. But they knew someone had to apply discipline to their finances. They were all so talented and primed for growth, but they needed order.

“What surprises people about Dave, because he’s such an approachable, easy-going guy, is how many well-known people in town would call him for advice,” says Jeffries, now CEO of the Boston-based Polaroid spin-off tech company Zink. “He has always been a great counselor and much sought after for his advice in crisis, I think, because he’s forever practical. He doesn’t get all twisted up in schemes and counter-moves. He’s really one of the most influential people I know.”

1943
Born in Minneapolis (and has never lived more than 10 miles from his birthplace).

1965
Graduates from the University of Minnesota with a bachelor of arts degree in journalism.

1983
Dennis McGrath joins and the firm becomes Mona and McGrath.

1986
Scott Meyer and Sara Gavin join, making it Mona Meyer McGrath and Gavin. With 64 employees it becomes the largest PR firm between Chicago and the West Coast.

1988
Mona Meyer McGrath and Gavin acquired by Shandwick, but continues under local name until 2000, when it’s renamed Weber Shandwick Minneapolis.

1992
Helps attract the Super Bowl and NCAA Final Four to Minneapolis in the same year.

2004
Helps with communications and fundraising to bring Gopher football back to the University of Minnesota campus.

With Sid Hartman in 1996 on the 15th anniversary of the Sports Huddle radio show.

At the dedication of the McNamara Alumni Center in 2000.

Mona has often traded well on his sports cred: his beat coverage of the Twins back in the days of Billy Martin, his 32 years hosting the Sports Huddle radio show with Sid Hartman on WCCO-AM, and countless hours of work on various causes for the University of Minnesota. Like Minnesota weather, sports chatter is a never-fail social lubricant, especially if you’ve got the good inside stuff as Mona does. “It was pretty important in the early going,” says Mona. “We’d get a call to come over to talk to someone about a problem, and two-thirds of the time the first questions were about something they heard on the Sports Huddle with Sid.”

Beyond sports, his civic work, invariably with his equally adroit wife, Linda, lent gravitas and credibility to him and his company. Among the groups they support are the Minnesota Vikings’ Children’s Fund, VocalEssence, the U of M Alumni Association, the Greater Minneapolis Chamber of Commerce, the 2008 Women’s Open at Interlachen, and fund-raising for TCF Bank Stadium.

“By working on boards with people, they knew us and they’d say things like, ‘You know, we’ve got this thing we should talk about,’ ” Mona says. “It wasn’t like we were coming through their door cold, saying, ‘Hey, you don’t know me but we should do some business together.’ Very often, we have been able to come in at CEO level, which is a good door to come through.”

It also helps that Mona knows what it’s like to start and run a business. “I hadn’t given a moment’s thought to going solo when I was let go at Toro [which led to creating his own PR firm],” says Mona. “We’ve done family history work back to the 1600s and there isn’t a trace of entrepreneurship anywhere to be found. My parents were school teachers.”

He essentially launched David L. Mona & Associates the following Monday, with Linda and good friend Dixie Berg—and with Toro as their lead client. McGrath arrived soon after, and in 1986 Meyer and Gavin completed the team.

“When we merged with Scott and Sarah, we were two companies of almost equal size, so it was easy to create a 50/50 split. But it worked because we had almost no conflicts. Their client list didn’t look like ours, so we didn’t have to resign business,” Mona recalls. “Plus we had complementary talents and contacts. Mine then was more media relations because I still had a lot of newsroom contacts around town, and at that time the business was more publicity than it is today. McGrath was well connected corporately, while Scott and Sarah had a pretty good agricultural book of business, which we didn’t have at all. Ciba-Geigy, which they brought in, was our largest client. But we were really all generalists.”

Before the firm hit its stride, Mona sat down with ad man Pat Fallon at Matt’s burger joint in south Minneapolis and, over Jucy Lucys, commiserated about the perception among local clients that to get really high-quality, breakthrough work you had to go to New York, “and be within walking distance of the New York Times to be taken seriously.” Neither believed that to be true, and both ended up proving the skeptics wrong—in Mona’s case as his firm took on Honeywell and Northwest Airlines as clients.

“One irony that worked in our favor,” he says, “was that we had a lot of homegrown CEOs in this market, and 18 Fortune 500 companies—a lot for our size. And many of them had brought in New York firms and watched them fail, because they didn’t have a feel for the folkways here. We did.”