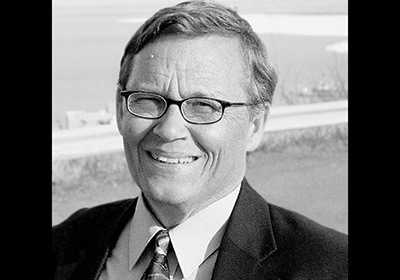 Best Book I’ve Read This Year:
The New Jim Crow: Mass Incarceration in the Age of Colorblindness by Michelle Alexander

What is the most urgent policy crisis facing Minnesota?

Income inequality, which is a clear and present danger to our state. When you look at the economy, 1 percent are making out like bandits. The top 10 percent to 20 percent, which is where all the opinion leaders are, are doing OK. Vast swaths of people under the median income of $60,000 are losing ground. Those of us at the top or near the top have to understand that we rise and fall on their success in the long run.

What should Minnesota being doing?

Investing in education is the key. The state used to pick up two-thirds of the cost of higher ed; now it’s only a third. It’s a big reason why students are in debt and the college attainment level is stagnant. People like Tom Stinson, our state economist [from 1987 to 2013], say that investment in education and research is the best bet; public investment in education and research, and early childhood education. Our human capital is always going to be our strong suit, and we have to invest in it. We can’t depend on balmy weather to lure people here.

What about our status as a high-tax state? Do we have a climate where private investment can flourish?

Well, there’s always that viewpoint that Minnesota is hostile to individualism. But it’s not true. The price of government of Minnesota, even with the revenue increases of the last year, is still considerably lower than it was under progressive Republican governor Arne Carlson. [The] price of government is actually the best measurement of the actual size [of the] role of government, where the numerator is total public dollars—state, local, and federal, all together—over a denominator of total personal incomes. It’s really the effective tax rate in our state, and in that measure we’re not that high.

You mentioned education. Clearly we have a crisis in terms of the achievement gap for minority students.

It is a crisis. This at a time when the percentage of students from communities of color who qualify for the student lunch program, is spiking upward. We need to fully fund the early childhood program. We had a good [legislative] session, but our investment needs to be three or four times what we put into it, at least another $150 [million] to $200 million a year. Then we need to tend to young people every step of the way, with mentorships, tutorship programs, special help, individualized instruction. Teacher quality has to be improved. All of the above.

It isn’t spending, it’s an investment. These families are vulnerable, they need real help. And we need to invest in them. I just can’t emphasize that enough. It’s investment, not spending.

OK, an investment. But the revenue has to come from somewhere.

Yes, we are going to need more revenue and we are going to have to spend money if we want a more equitable society, and that doesn’t just mean education but things like transit. The Twin Cities used to be known for its first-class transit system. We need a strong bonding bill with construction projects to come out of the next session. We need a public infrastructure that our baseball team and football team can be proud of.