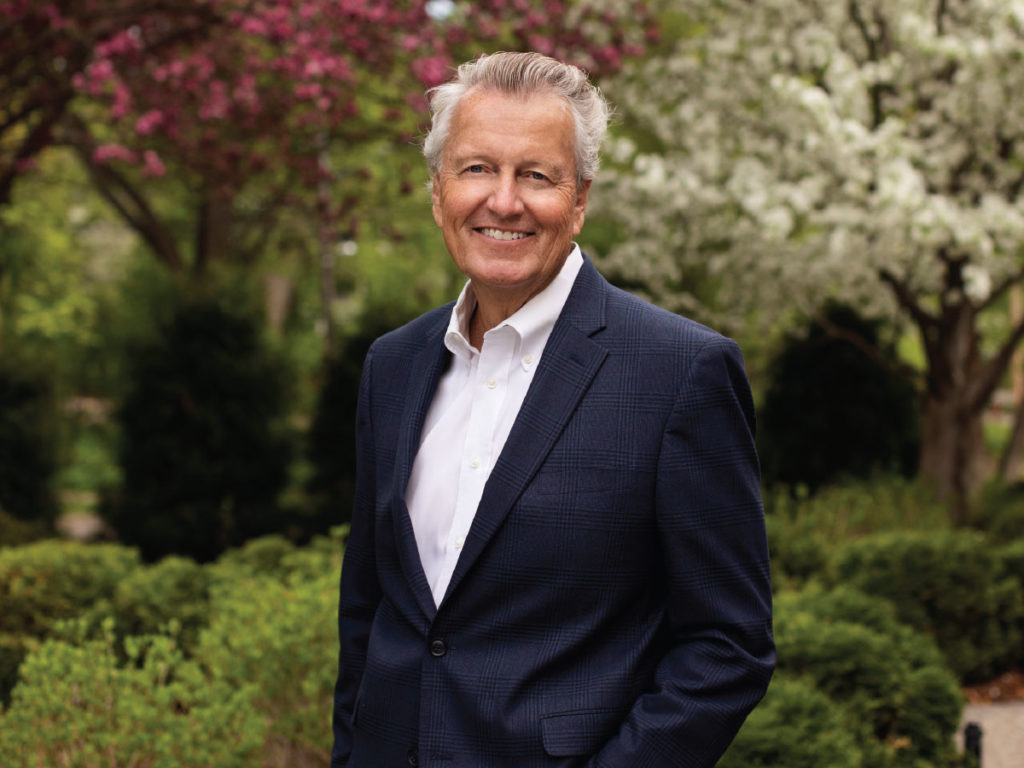 When a company in crisis called, he answered and brought the right stuff.
By Adam Platt
| June 28, 2022
Profile Video

When Chuck Mooty showed up for his first day of work as CEO at Jostens, Fairview, and Faribault Woolen Mill, there were clearly folks wondering what a fast-food executive was doing in the executive suite. Many at International Dairy Queen were probably similarly skeptical when Warren Buffett put a 40-year-old in charge of the 50-year-old company.

The reason is that Mooty possesses “the right stuff,” to use the vernacular—the capacity to parachute into troubled businesses and fashion a strategy that served each for a generation or more.

While many of the figures in TCB’s Minnesota Business Hall of Fame personify an industry, a brand, or even a community, Chuck Mooty has left an enormously broad legacy across Minnesota business.

“I never had a plan for how it would go, and I still don’t,” he says. “I was fortunate to be able to touch some wonderful Minnesota companies and industries without having knowledge or background, but that has not been a detriment.

“I always loved a challenge, putting a team together, finding the people with capabilities, creating a purpose for them and a plan that can move the ball in a significant way,” he adds. “If you’re a decent manager, it’s all about people.”

Mooty had been at Edina-based IDQ for 13 years, six as CFO, when he was anointed CEO in 2001. After all, nobody knows the workings of a company like the CFO. It was also a great launching pad for a storied career, working under Warren Buffett/Berkshire Hathaway, which bought IDQ in 1997. Mooty had his plate full.

Dairy Queen had its origins in the 1940s, in so-called C and D counties, places without major cities. “DQ became a business opportunity for people coming back from the war,” Mooty explains. “Smaller markets were more natural for someone to create a robust business that could capture the market. The treat business is about celebration, after a Little League game, dance performance, a place to gather and enjoy that time. That’s what created DQ’s emotional nostalgic connection. DQ being franchisee-owned meant it was a locally owned business,” so customers knew the people who worked there and owned it.

“The challenge was [that] DQ was aged as a system versus McDonald’s or Burger King,” Mooty continues. “Our facilities were tired, our operators were at [latter] phases of life. The question was how do we bring in new energy, new capital?”

DQ’s business was seasonal, particularly in its core northern markets where winters are long. Mooty says his executive team was also well aware that the typical quick-service restaurant customer visits were three to four times a week, but Dairy Queen, as a “treat” concept, would only see regulars a couple times each month.

“Chuck has a clarity of focus, a capacity to connect people and inspire them to engage and do the work.”

A Southern chain, Druthers, with a much larger menu of food offerings, had added DQ treats and thrived. The success did not go unnoticed at Edina headquarters.

“We considered seven or eight different positions, but the one that resonated most was grill ’n chill,” says Mooty. “We included franchisees in the design process. We started in small markets and grew it to larger markets.” Today, two-thirds of DQs offer broad food menus to drive repeat business year-round.

The strategy was so sound, when Mooty departed IDQ in 2008, his successor maintained Mooty’s strategy. “I was OK [handing] the baton to others and taking a risk to pursue something different. You never know what’s around the corner, but you have to have faith that opportunities will show themselves”—plus, he notes, “I had a bug in me to be an entrepreneur.”

Mooty bid unsuccessfully on Sun Country Airlines and Polaroid, both distressed Tom Petters properties eventually purchased by other noteworthy Minnesota business families. In 2011, his cousin Paul brought him to Faribault Woolen Mills, which had been shuttered for two years. “We went in and looked at it, had two weeks to decide,” says Mooty, “because the equipment was slated to be sold to a group in the Middle East.”

They made a successful offer (“didn’t have to pay a ton for it”) and decided Chuck would run it and Paul would handle finance. Faribault was the state’s only vertically integrated textile mill, “full of history and romance,” Mooty notes. “It was an adventure, reinvigorating a tired brand, bringing back jobs. It was something neither Paul nor I had any expertise in.” They got it to profit in a short time frame. “I don’t think anyone was betting on us.”

As Mooty was planting roots in Faribault, he was also chair of Fairview Health Services, the predecessor organization of M Health Fairview. In 2012, the company came under scrutiny for coercive collection practices, which generated terrible media coverage and calls for new leadership. The board asked Mooty to step in. He began to realize Fairview would not be short-term and sold his stake in Faribault to Paul. It was a difficult pill to swallow, as Mooty’s son John was leading branding, marketing, and product development for the mill and Chuck missed the opportunity to work with him.

Mooty’s mandate at Fairview was to find more than a shotgun marriage for the University of Minnesota and Fairview. “I was chair of the University of Minnesota Foundation and CEO of Fairview,” and the two institutions were at odds. “I could understand both worlds; my job was to figure out how to create an integrated model between these very different entities. I couldn’t fail.”

At the time, Mooty says, the University Hospitals were core to the overall organization but a low contributor to earnings—yet the U wanted more investment in those facilities.

Dan Fromm, now CFO of North Memorial Health, was Mooty’s CFO. “Chuck grasped the business model quickly and helped clarify the strategy and vision and block out the noise, and there was a lot of noise,” Fromm says. “Chuck has a clarity of focus, a capacity to connect people and inspire them to engage and do the work.”

“They needed an outsider,” Mooty adds. “Sometimes it’s more important than great depth of knowledge. I had no long-term aspirations and could be the bad guy.”

Mooty only ran Fairview from mid-2012 to late 2013, but his tenure left him with decided opinions about the industry: “The wrong people are thriving in health care. Record earnings in insurance and pharmaceuticals, but the institutions that deliver health care are struggling.”

Mooty did not take a break, jumping midstream to Jostens, another lame thoroughbred. It was in year 12 of structural decline for the Bloomington-based company when he got there, “generating profits through cost-cutting and price hikes, not growing sales,” says Jim Simpson, Mooty’s CFO at DQ and Jostens. Digital had emerged as a primary threat to Jostens’ tactile world.

Jostens, for the uninitiated, sells more than half the yearbooks, cap and gowns, class photos, and school-branded clothing in America. It also creates rings for major sports championships. It relies on a large national cohort of self-employed sales reps (shades of DQ) and does much of its own manufacturing (see Faribault), so Mooty had experiences to lean on.

“The dynamic was reversing this decline of sales and relevance,” says Mooty. “I brought a great team together to create greater connection to our schools. Going online was essential, creating e-commerce. The first year we shrunk, second year we’re flat, and the next four years we grew significantly. It was a combination of improving product relevance by making a yearbook more compelling and adding digital elements.”

Product design improved, and Jostens saw an opening in the financially challenged state of many of its high school clients. “We created free content for schools about motivating and creating leadership and building culture, topics like respect, healthy environments. Our weekly videos could be played in a homeroom,” says Mooty. “We became a real important provider when schools weren’t receiving adequate funding.”

Jostens was owned by private equity throughout Mooty’s tenure. Mooty’s success is more notable in that his four years of growth at Jostens occurred under four separate owners. He transitioned to chairman in 2019 and retired at 2020’s end.

“Chuck’s business acumen is unbeatable,” notes Simpson, “but it’s his deep love for the individual that sets him apart. We’d do plant tours or site visits and people talked about meeting and working for Chuck for years after he’d left.” 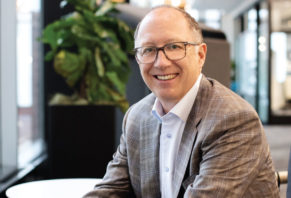 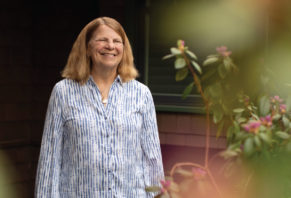 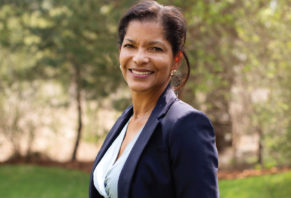 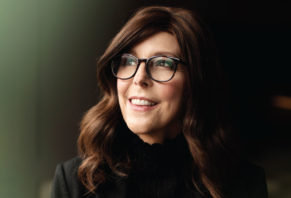