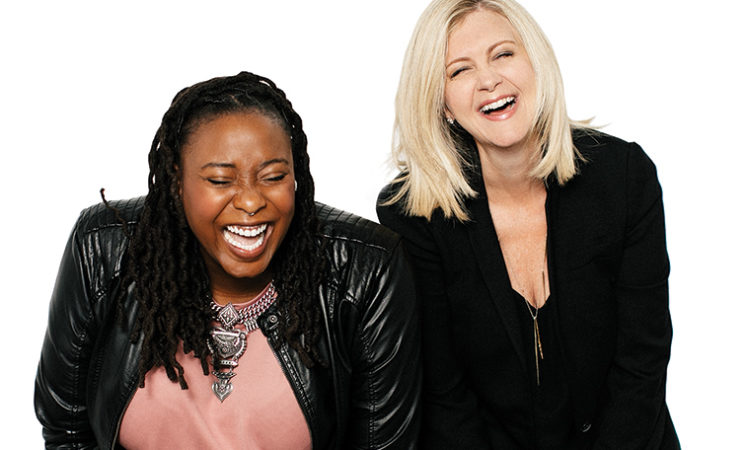 That universal symbol of exasperation could be your body telling you to take a pause.
By Allison Kaplan
June 03, 2019

“You sigh a lot,” our publisher Shelly Elmore said to me recently, as I dropped into a chair in her office. The observation surprised me; I was in a fine mood at that moment (No, really—I swear!). Bigger picture: I’d never thought about sighing, one way or another.

I’m not much for analyzing coincidences, but the very next day, I happened to listen to BrenÃ© Brown being interviewed by Gwyneth Paltrow on the Goop podcast (whatever you think about GP, the business she’s built is impressive). They were discussing what makes a good leader, and Brown made the distinction that good leaders don’t react; they respond. Brown then admitted that very finding has prompted her to think about her own tendency to react quickly and sometimes explosively—“the BrenÃ© wind tunnel” is what her employees call it. Her point? “Calm is a practice you can teach yourself.”

You’d better believe I sprinted back into Shelly’s office to tell her: I’m not exasperated, really, I’m not. Sighing is a subconscious method of remaining calm and clear-headed. As a person who has never taken to meditation and sometimes gets restless in the lotus position, this felt like vindication to me. I’ve been intuitively breathing deep, even if I’m not very good at it in the yoga studio.

Of course, as with any good revelation, I posted my epiphany on LinkedIn and Twitter. The response was overwhelming.

“So glad to hear I’m not the only one! I can’t count the number of times this behavior has been misconstrued,” one executive director commented.

“For me, it’s a reboot, not an expression of annoyance,” another posted on my feed.

It’s a good reminder not to jump to conclusions, and to be aware of our instincts. Or as one friend said, “Honor the sigh.”

That theme of responsive leadership—listening, processing, guiding, and accepting feedback—was top of mind as we put together our cover story on mentorship (The New Rules of Mentorship). We’ve heard so much in recent years about the value of reverse mentorship, the idea that youth can offer insight to those more experienced. We wanted to see it at work. The chemistry and mutual respect were palpable among our mentorship pairs, evident in their photos and their words. It’s an exciting time to be a leader on the rise, when you can feel comfortable reaching out to a senior executive not only for advice, but to offer your perspective. And when we set the titles aside and really listen to each other, the relationship can be immensely valuable on both sides.