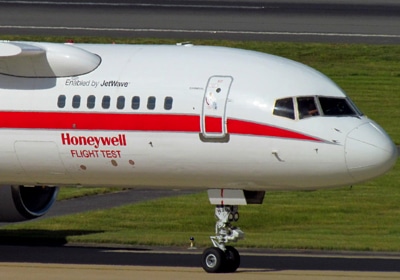 The threat of a labor lockout and strike pushed both parties to agree on the addition of paid sick days and pay raises, but a limitation on health care assistance.
February 17, 2017

A new four-year contract was ratified Saturday between Honeywell and about 1,000 of its union-represented workers.

In fear of a potential labor lockout, both parties slogged through a 23-hour negotiation session before reaching an agreement, according to the Star Tribune. The previous four-year contract expired on January 31 at midnight.

Approximately 78 percent of the Honeywell aerospace plant workers represented by Teamsters Local 1145 in Blaine agreed to the new conditions, which included paid sick days, a wage bump, and an additional $2,000 for health care expenses.

Compromises were made, however, on health care benefits for past and future Honeywell retirees represented by Local 1145. Dave Hedberg, secretary-treasurer of Local 1145, told TCB that Honeywell had attempted to eliminate retiree health care for union workers at its Golden Valley, Plymouth, Coon Rapids and Minneapolis plants. Ultimately, the two sides agreed to an extension that will provide benefits to retirees until the start of 2018.

“In negotiations, you don’t get everything you want,” Hedberg told the Star Tribune, adding that Local 1145 members are “relieved” to have reached a deal.

Workers at Honeywell’s aerospace plants in South Bend, Indiana and Green Island, New York have been under a labor lockout since May 2016 after both sides couldn’t reach an agreement. Similarly, those union-represented workers have been advocating for more health care support.

In preparation of a potential labor lockout in the Twin Cities, Honeywell had reportedly started hiring temporary, nonunion workers. Hedberg and the Local 1145 membership cautioned earlier that replacing them would have been difficult given the technical skillset required to manufacture aerospace equipment, such as flight data recorders and radar systems.

Honeywell was a Minneapolis-based company for more than 70 years before relocating its headquarters to Morris Plains, New Jersey in 1999. The company still maintains significant presence in Minnesota with five plants employing more than 3,300 workers.