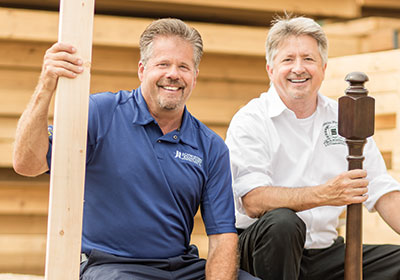 How the Schwieters brothers’ construction businesses used the recession as a springboard for expansion and diversification.
March 01, 2015

It’s one thing to see the storm of the century coming, another to not only survive it but come out better off than before. But such is the case with two businesses owned by brothers John and Joel Schwieters.

Since 1980, the two had developed different businesses tied to the home-building industry under the names Schwieters Companies and JL Schwieters Construction. They’re not homebuilders per se. Rather, they provide what goes into making a house, from framing the building to interior millwork such as cabinets, doors, and windows.

Before the recession, their client base was heavily concentrated with large national builders. And in 2006, John Schwieters noticed home-building permits were dropping. But there was no way of foreseeing the magnitude of the eventual real estate and financial bust that followed a year later.

The Great Recession stung the Schwieters brothers’ business interests. “Our revenue went down 60 percent,” recalls John Schwieters, who started his first business in 1980 when he was 20 years old. But their various connected companies were positioned for survival: “We had competitors that were going bankrupt. . . . [while] we had low debt. We had no money invested in land development.”

They also were able to land new business and expand into new lines of work, including projects in the Bakken oil-boom region of North Dakota and assisting in construction of apartments, senior housing facilities and even a casino.

“Wherever the bank was lending, that’s the direction that we went,” says Joel Schwieters of the work they chased. His company either worked on or supplied materials to many of the newest top-drawer local apartment buildings, including the Nic on Fifth, 222 Hennepin, Velo, Mill & Main (all in Minneapolis), and Arcata, in Golden Valley.

They invested in real estate when prices were at their lowest, purchasing 216 foreclosed residential lots in Hugo, Rogers, Wyoming and Lino Lakes for “pennies on the dollar,” says John Schwieters. The business financed the acquisition with some cash, but adds “the majority of it was purchased through our Roth IRAs.”

As the market has improved, they’ve since sold off or donated about 60 percent of those lots. “Our sales are pretty steady. We’re about halfway home,” says John. The company donated a 5-acre Hugo site to Habitat for Humanity, which can accommodate 33 townhome units. (The Schwieterses’ businesses are based in Hugo, at the north edge of the metro area.)

While the Schwieterses stayed nimble and rarely said no to anyone who needed work done, the brothers had from the beginning been carefully laying the foundation for a vertically integrated business model that could weather such economic calamities.

The soft-spoken duo grew up outside the small town of Greenwald in central Minnesota on a family dairy farm, two of 12 children. Small-town Minnesota farm kids tend to be wary of talking money, and the Schwieters brothers are no exception. But they will allow that for 2014, they posted approximately $125 million in revenue for all operations within roughly a dozen companies, their biggest year ever. All told, the various businesses employ about 400 people. Not bad for a couple of guys who never went to college.

Behind the scenes, the Schwieterses’ firms work for 15 of the 25 largest residential builders in the metro, including national players like Pulte Homes, D.R. Horton, Ryland Homes and Mattamy Homes—four firms that rank as the second- through fifth-largest local builders respectively, according to statistics from the Builders Association of the Twin Cities.

The Schwieterses started a lumberyard in 2000 to be more competitive and vertically integrated; they could offer customers “turnkey” packages within the Schwieters group, providing both the labor and the materials to get the job done. “We were able to use our reputation to push the lumber sales as a package deal,” says John, noting that often suppliers would complain that contractors were not property installing materials. They began laying the groundwork for vertical integration back in the 1990s.

“We were the first ones to go vertically integrated with lumber,” says John. “We had come up with this plan six or seven years before the recession. What really got us through it was our ability to see where the future was going with turnkey solutions.”

The brothers’ business interests also include a forklift dealership and car dealerships.

Modern operational strategies aside, the brothers retain the strong work ethic and small town values of their roots. Some would even say it’s a key competitive strength: They’re known for doing great work at a competitive price, and for standing behind warranties, says Dale Wills, founder and owner of Coon Rapids-based homebuilder Centra Homes. “In our industry you’re always going to have problems; the question is, how do you deal with those problems?” Wills says. “It’s critical to us that we have partners that are going to take care of my customer.”

For lessons in leading and guiding their businesses, both brothers point back to what they learned growing up, watching their father run the family dairy farm.

“He was an extremely good business person,” recalls Joel. “There wasn’t room for error. I’d have to give him pretty much all the credit.” 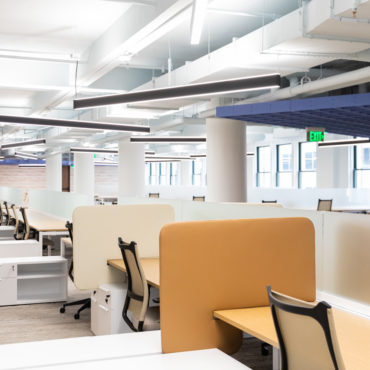