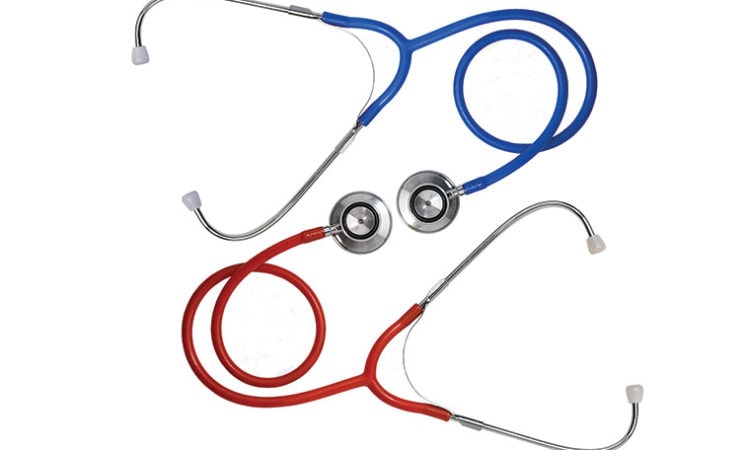 In the Twin Cities region, Minneapolis-based Allina Health and Bloomington-based HealthPartners are competing providers. But in the northwest corner of the metro, the two nonprofit health systems are working together in a unique partnership. Allina and HealthPartners, which also offers insurance, joined forces in 2010 to create an initiative known as the Northwest Metro Alliance.

Patients with HealthPartners or Medicaid insurance can get coverage in the area at any of the five Allina clinics, four HealthPartners clinics and Allina’s Mercy Hospital in Coon Rapids. Under the affiliation, the Northwest Metro Alliance serves approximately 300,000 patients in Anoka County and southern Sherburne County.

The alliance emerged when both Allina and HealthPartners were trying to determine why providing health care cost more in that corner of the metro.

“We are competitors, but we are not-for-profit organizations that collaborate in a significant way,” says Dr. Penny Wheeler, CEO and president of Allina Health. “We could have had an arms race. In Houston they’re building hospitals across the street from each other. We knew we were interdependent for that community.”

Both groups are pleased with how the arrangement is working. In February Allina and HealthPartners struck an agreement to extend the Northwest Metro Alliance partnership through 2019.

“We’ve seen really nice progress,” says Andrea Walsh, president and CEO of HealthPartners. She notes the cost increases in the area covered by the alliance have been lower than the rest of the metro average. “We think this partnership is a model that can and should be replicated,” Walsh says.

One issue the alliance grappled with was the high volume of patients—more than 3,000 annually—who were having a mental health crisis and showing up at the Mercy Hospital emergency room. By boosting outpatient services for mental health, the alliance cut hospital admissions for those issues by 7 percent in 2015.

An analysis of Medicaid patients covered by the Northwest Metro Alliance found that costs declined nearly 2 percent from 2013 to 2014, saving almost $7 million. Being readmitted to a hospital within 30 days of discharge is an ongoing issue for elderly patients. By adding transition conferences, improving communication and making follow-up appointments before the patient leaves the hospital, Mercy reduced readmissions by 11 percent from 2013 to 2014.

“We can actually share records back and forth. It avoids unnecessary duplication,” says Wheeler, who points to X-rays as an example.

The average patient, however, is likely unaware of the Northwest Metro Alliance name and what it means behind the scenes.

“Our goal has been to make care seamless. We’ve wanted to make sure that patient needs are met,” Walsh says. “The point isn’t the structure; the point is what we’re able to do together.”

Wheeler and Walsh say that the collaboration of Allina and HealthPartners was fairly unusual, both locally and nationally, when it started. Today they both routinely field inquiries from health system executives around the country who want to find out more about how the affiliation works.

In the changing health care environment, with an increased focus on delivering better care at a lower cost, many providers are starting to explore the potential benefits of forging partnerships with other health groups. 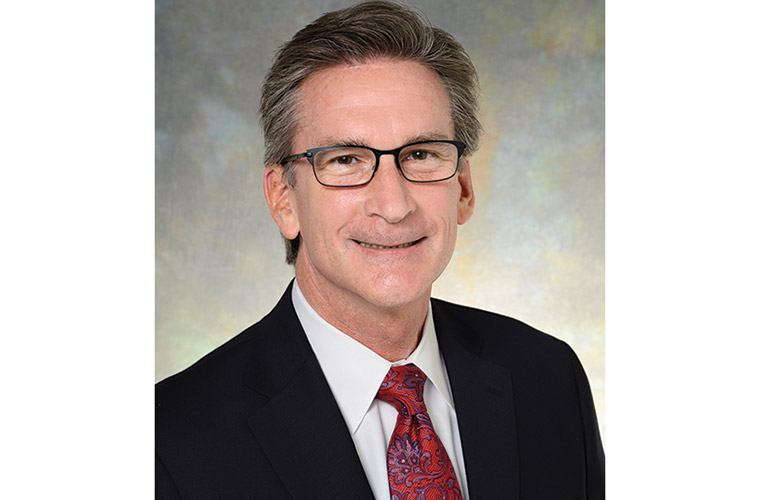 The Northwest Metro Alliance is an example of what has become known in the health care industry as an accountable care organization (ACO). The push for health groups to collaborate has been driven in part by the Affordable Care Act, which was signed into law by President Obama in 2010. The ACA allowed and encouraged the creation of ACOs, to create groups to provide better-coordinated care for Medicare patients.

There is also much talk in health care circles these days about the “Triple Aim,” a concept outlined by the Massachusetts-based Institute for Healthcare Improvement. It calls for improving the patient experience, improving health of the overall population and reducing the per-capita cost of health care.

“Health care is fairly competitive, and there’s always room for competition, but we need to define those areas where we will collaborate,” says Jim Eppel, who joined HealthPartners in July as its chief administrative officer and executive vice president. (Previously, Eppel was CEO of the Minneapolis-based UCare health plan.) His extensive health care industry resume includes COO for Blue Cross Blue Shield of Minnesota and a senior vice president with Optum­Insight, a division of Minnetonka-based UnitedHealth Group.

Eppel says that data is a natural area for providers to consider sharing. But he adds that collaboration and sharing best practices also make a lot of sense for addressing large, seemingly intractable conditions such as diabetes or how best to handle end-of-life health care. Those are issues that affect all providers and a large number of patients.

mber of patients. “Should we have better communitywide standards or guidelines about how care is delivered in the later stages of life?” Eppel says.

One challenge to potential collaboration is that in some cases doctors and clinicians are cautious about relying on information provided by a competitor. Eppel gives the example of a patient who may be seeking a second opinion before proceeding with surgery. Some providers don’t necessarily have faith in tests conducted by another health care organization and will order their own round of exams before offering an opinion.

“In this day and age, with digital imaging and so forth,” Eppel says, there are “times when it just makes no sense to repeat the CAT scan or the MRI.”

Fairview now has three different plans with a variety of partners:

In the case of VantagePlus, Fairview teamed up with Minnetonka-based insurer Medica, and two other providers, St. Paul-based HealthEast and the Robbinsdale-based North Memorial Health.

The network of collaborating providers are all available to plan members. Fairview and HealthEast merged earlier this year.

The PreferredHealth plan began as a partnership with the Golden Valley-based PreferredOne. Fairview previously owned 50 percent of PreferredOne, but became the sole owner in January 2016. (Fairview and the UCare health plan announced plans to merge in 2016, but the deal was ultimately abandoned.)

When a new member signs up for one of the health plans, RenÃ© Coult-Calendine, Fairview’s vice president of market and product development, says that Fairview receives an “enrollment file” from the health plan.

After reaching out to all members, she says, Fairview can do clinical followups with patients who have chronic conditions or other issues to provide support and information about potential preventative health measures. That can be good for the patient, but it also helps to reduce overall health care costs.

“It was really about sharing info and getting more knowledge about who potential patients were for us,” says Coult-Calendine.

To gauge the effectiveness of the plans, Coult-Calendine says that Fairview has done surveys with both employers and patients.

“We’ve also seen much higher levels of satisfaction. The employers that we’re working with have been very satisfied,” says Coult-Calendine.

Patient satisfaction surveys are conducted. “We’ve seen the results of that be very positive,” she says.

The local nonprofit Institute for Clinical Systems Improvement (ICSI) is working to bring health care leaders together to collectively tackle some of the largest challenges. Two topics currently in focus are the opioid crisis and mental health issues, which rose to the top based on the magnitude of the problems for health care providers and insurers.

“The opioid problem and mental health are so large that it needed the attention of the chief executive officers. Those are so important for everybody that we need collaboration,” says Dr. David Abelson, president of ICSI. Abelson previously served as senior executive vice president with HealthPartners and as CEO of Park Nicollet Health Services. “The opioid epidemic is exploding in front of us,” Abelson says.

ICSI is convening leaders to tackle thorny issues that no single group can solve on its own, he says. In December, CEOs of 15 health care organizations signed a pledge to collaborate on specific and persistent problems that cannot be solved by any individual entity or solely through competition. Abelson is encouraged by Minnesota health care leaders’ commitment to find common ground.

“Collaboration is part of the culture of health care,” Abelson says. “Every large health care system in the state is there. Every major system is represented.”

For many potential collaborations, data is the likely starting point, says John Degnan, a shareholder at Minneapolis-based Briggs and Morgan who specializes in health law.

“It’s real important for the provider to be able to access the history of the patient,” Degnan says. “That’s an area of collaboration that I think could be of great value to patients.”

Shared access to patient records would improve the continuity of care, says Degnan.

The dominant electronic medical records platform in the Twin Cities area is from Wisconsin-based Epic Systems Corp. But Degnan says that every provider’s system is slightly different, which could require some adjustments for the systems to work together smoothly. He says that he sees some providers being open to collaboration, but that others have not given it much thought. But he contends that the market will ultimately drive more cooperation.

“I think that just the way health care’s going, it should be something that everybody sees the benefit of,” Degnan says. “In the long run, if they collaborate, it’s going to be more efficient.”

Several health leaders point to a historical spirit of cooperation and big-picture thinking for health care in the state. Back in 1970, Minnesota physician Paul Ellwood Jr. proposed offering incentives for pre-paid comprehensive care that would be managed by groups called “health maintenance organizations.” His concept for HMOs emerged as part of efforts to reform the nation’s health care under President Richard Nixon.

“I think it’s partly the environment that we have here in the state,” says Wheeler of local willingness to work together where possible. “Minnesota has traditionally been pretty progressive in the health care space.”

For Allina and HealthPartners, the Northwest Medical Alliance has been an encouraging collaboration.

“We think this partnership is a model that can and should be replicated,” says Walsh, who adds that HealthPartners is considering other potential partnerships with both Allina and other organizations.

“There was some trust-building at the beginning of this, but we’ve just recently extended it through 2019,” Wheeler says. She envisions other areas in which collaboration can occur. “I think this is going to become more commonplace,” she says, noting that her overarching goal is partnering with others to help support and coordinate better care.