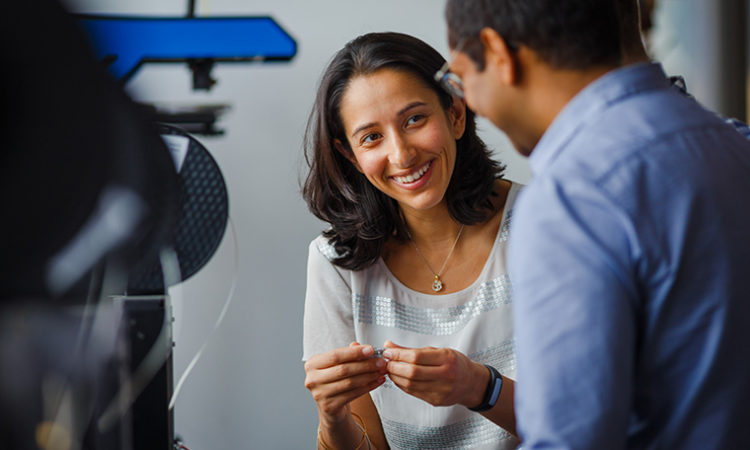 The grant will allow St. Louis Park-based HabitAware to design and test a new sensor for its wearable device, which is aimed at stopping obsessive physical behaviors.
By Amanda Ostuni
December 10, 2019

St. Louis Park-based HabitAware has been awarded a $224,795 grant from the National Science Foundation.

This is the second SBIR research grant HabitAware has received; the first came through the National Institute of Mental Health. The news comes comes less than a year after the company won $400,000 in the Metropolitan Economic Development Association’s Million Dollar Challenge, a competition for minority entrepreneurs.

Keen hit the market in 2017, and the company has seen rapid growth ever since. Co-founder Aneela Idnani Kumar told TCB in September that there’s a significant market for it—nearly 20 million people in the U.S. suffer from BFRBs to a debilitating degree. The company ships the product worldwide.

“This project has the potential to be a game-changing innovation for those suffering from these under-addressed disorders,” said John Pritchard, HabitAware’s lead hardware engineer and research grant principal investigator, in a company blog post.