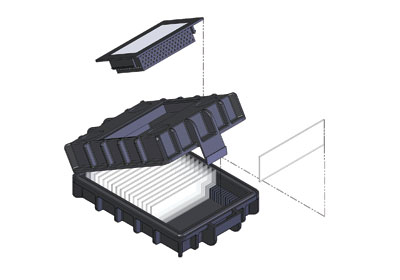 “We look for stuff that’s cool and different—and that makes a difference,” says Bill Dietrick, vice president of marketing for Proto Labs, a Maple Plain manufacturer of CNC-machined and injected-molded custom parts for prototyping and short-run production. “We’re an innovative company founded on an innovative idea, and want to find others to help out.”

Several Cool Idea “honorable mentions” will get a 25 percent discount on the services they contract for with Proto Labs. One is Minneapolis-based Inclined Biomedical Technologies, whose patent-pending d-TSSU case (above), designed for the life sciences industry, stores and stabilizes fresh-frozen tissue sections at room temperature for up to six months. According to Inclined Biomedical, the d-TSSU is intended to avoid the need to either preserve tissue samples with toxic compounds such as formaldehyde or store them in large cryogenic freezers that are expensive and require a constant electrical supply.