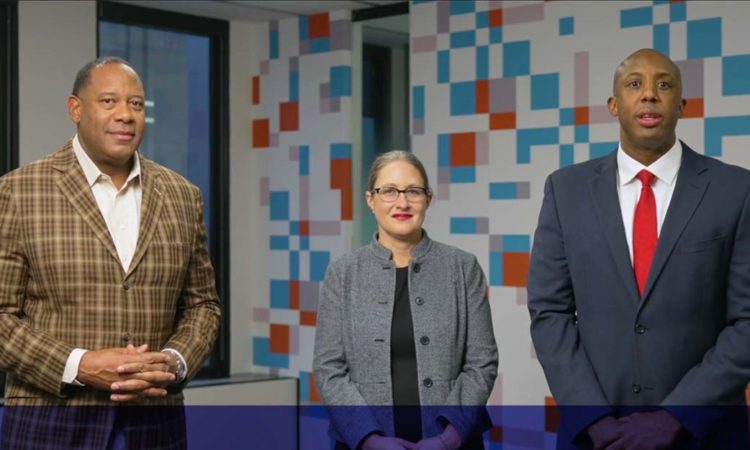 On Wednesday, the organization announced that it’s partnering with startup accelerator group gener8tor to launch the MSP Equity Fund, a new pot of money that will be distributed to venture capital firms focused on diverse founders. Greater MSP won’t be providing the funds directly to founders; instead, the organization will provide money to 10 venture capital fund managers, who will in turn pass it along to entrepreneurs.

A few Minnesota corporate heavyweights are providing financial backing for the venture. To start, Allianz Life will commit up to $10 million to the MSP Equity Fund, while Xcel Energy and Allina Health are each providing their own “seven-figure” commitments to the fund. Those three organizations will serve as the “anchor” investors in the new fund. The goal, Greater MSP officials say, is to reach $50 million in total for the fund.

In a press conference on Wednesday morning, Greater MSP CEO Peter Frosch described the new fund as a “bridge between Fortune 500s and future 500s.” The Twin Cities’ comparatively large number of Fortune 500s, Frosch said, is “this region’s superpower.”

“We know we have a headquarters economy,” Frosch said. “It’s a competitive advantage. MSP Equity Fund connects the resources of large corporations in our region … with promising fast-growing companies in our region that will drive our economy’s growth in the generation to come.”

During the call, executives from Greater MSP, Allianz Life, and Xcel repeatedly touted the new fund as a way to fund diverse entrepreneurs, boost the region’s economy, and bring more venture capital dollars to Minnesota. The goal, they said, is to specifically target Black, Brown, and women founders. It’s a demographic that’s often left out of the venture capital game. That held true even during 2021, which was a “blockbuster year” for venture capital generally, said Al Cornish, general partner at gener8tor. He noted that U.S.-backed venture capital firms raised about $330 billion in 2021, about double the prior record set in 2020.

“Though venture capital investment was at an all-time high in 2021, what’s clear is that funding is not being equitably distributed,” Cornish said. “Black-, brown-, and women-led managers continue to face obstacles raising funds. Similarly, Black, brown, and women entrepreneurs face many challenges.”

He noted that only 1.2 percent of U.S. venture capital went to Black entrepreneurs in 2021.

“As a community, we are net exporters of venture capital dollars,” Cornish said. “To reverse that trend, for every dollar invested by MSP Equity Fund into the underlying venture capital funds, those funds commit to growing the Minnesota economy by investing at least dollar-for-dollar into Black-, brown-, and women-led startups across industries in Minnesota, or those willing to relocate the state.”

To reach its $50 million goal for the fund, Greater MSP says it will continue to seek financial support from other institutions. Though there’s been a dearth of funding for Black, brown, and women entrepreneurs, a few local organizations have been trying to fill the gap. Brown Venture Group, for instance, is a new Minneapolis-based venture fund that is exclusively investing in BIPOC (Black, Indigenous, and People of Color) entrepreneurs. Groove Capital, launched by Beta.MN veteran Reed Robinson, is also working to get venture capital funds into the hands of historically underrepresented groups.