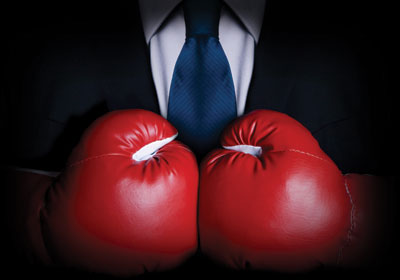 The first two luxury boutique hotels in downtown Minneapolis are also two of the few locally owned and operated hotels in the marketplace. According to Graves 601 President Ben Graves and Le MÃ©ridien Chambers General Partner Ralph Burnet, the main difference between their properties is scale. “The Graves is a nice property and it’s bigger and it’s more like a hotel,” says Burnet, who is quick to add:,“The Chambers was the first boutique hotel really built in Minnesota—like how New York or San Francisco would define it.”

Both cite location as a major draw. Chambers, at 9th Street and Hennepin Avenue, is adjacent to the theater district, while Graves 601, at 6th Street and 1st Avenue, is near not only theaters, but also rock clubs and sports arenas. However, Graves 601’s skyway connection is a huge plus for the business travelers who make up the bulk of its weekday business. “It does make a difference” that the Chambers isn’t connected to the skyways, says Graves.

From an experiential standpoint, the Chambers’ art hotel status is singular. In addition to the onsite Burnet Art Gallery, the Chambers has 210 artworks on display from Burnet’s private collection. While the artwork brings in “a significant portion of our business,” says Burnet, so does Chambers’ connection to the Starwood loyalty program.