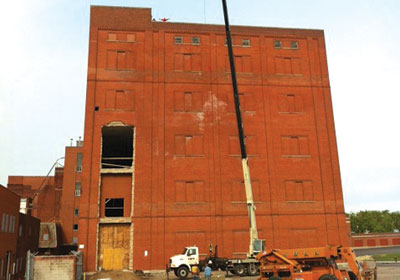 This year, Garden Fresh Farms converted a Maplewood warehouse into an indoor urban farm combining fish and leafy vegetables. Next year, startup Urban Organics hopes to have a tilapia operation in the old Hamm’s brewery in St. Paul’s East End up and running.

Both startups use aquaponics, a centuries-old technique that combines fish tanks with hydroponic vegetable gardening. The fish are the fun part of the show, but from a business perspective, they’re not the stars. The real green from the operations is the lettuces, herbs, and other edible greens that will be fertilized by the tilapia’s, um, end product. That said, both farms also will be selling fish, which in Garden Fresh’s case also includes rainbow trout.

Garden Fresh co-founder Dave Roeser, whose background is in finance and accounting, sought a way to make use of a 20,000-square-foot building he owned. He became intrigued with the opportunity of urban farming (“People need to eat”), and discovered aquaponics in his research. Roeser also has developed the “orbiting garden,” a water-driven greens-growing system that he markets to other entrepreneurs to start their own urban farms.

Urban Organics began cleaning up the old brewery building in March. Built in 1907, the building is owned by the City of St. Paul, which has been trying for years to get a tenant (it ceased brewing operations in 1997). The city was happy to help Urban Organics convert the former Land of Sky Blue Waters into a new kind of water-based business.

Fred Haberman, co-founder and CEO of Minneapolis marketing firm Haberman and an Urban Organics partner, hopes that “the bulk of our produce will be going to the grocery stores in Minneapolis and St. Paul”—and not just food coops, but mainstream supermarkets. Restaurants are another desired market.

In the meantime, Urban Organics is getting the six floors of the Hamm’s space ready for its finny residents. It’s also fishing for more capital.