Get Your Mojo Organized

Social enterprise is good, but how to put corporate structure to it?
September 01, 2011 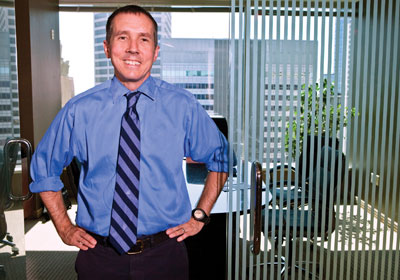 Mojo Minnesota’s July announcement that it incorporated as a cooperative does not set the table for a major new initiative. Instead, it sets the table for all kinds of potential initiatives, says Mojo cofounder Ernest Grumbles.

Since forming two years ago, Mojo has termed itself an “innovation advocacy group.” Its 12 members—entrepreneurs, investors, attorneys—have been agitators for last year’s new angel investor tax credit and this year’s efforts to form a “regional entrepreneurship accelerator” in the Twin Cities.

“A lot of what we do is work on and amplify other [groups’] existing projects, almost like an ad hoc consulting force,” says Grumbles, an attorney with Adams Monahan, LLP, in Minneapolis. That makes Mojo a collaborator, but one with “a unique voice,” he emphasizes. It doesn’t represent any one industry. It has a social purpose of improving life in the region via an economic purpose of spurring innovation.

“We represent the ecosystem” of the start-up economy, Grumbles says.

The question was how to capture all that in a single legal structure. That’s something more groups are wondering about in the emerging field of social enterprise, where profit making is combined with doing social good.

“I look at it as new wine in old bottles,” says Terri Krivosha, who leads the social enterprise practice group at Minneapolis law firm Maslon Edelman Borman and Brand, LLP. Krivosha says that a new corporate structure, the L3C, or low-profit limited liability company, is drawing interest from her clients, but she doesn’t advise them to adopt it. L3Cs first appeared in 2008 and can be incorporated now in eight states (Minnesota isn’t one of them). They’re meant to be a hybrid of nonprofit and for-profit in which foundations can easily invest without fear of violating the Internal Revenue Service code.

But “the L3C is just too new,” Krivosha says. It’s untested by the courts and not clear that it will give investors the legal cover they need. “We can accomplish the same thing through the LLC,” the limited liability company. That’s especially true in Minnesota, she adds, where “constituency statutes” allow corporate directors to act not only in the interest of shareholders but of all stakeholders, including “community and societal considerations.”

Jim Delaney leads what might be the only L3C in Minnesota so far, Engine for Social Innovation, which pairs professionals in need of leadership experience with nonprofits in need of their talent on a project basis. He incorporated in Vermont last year to gain L3C status for the “novel marketing value.” But he has reincorporated as an LLC in Minnesota, saying the L3C tag and its investor requirements became “cumbersome” and “a distraction” in talking with clients and prospective investors.

Delaney’s L3C is now a shell company that he might someday revive. Meanwhile, he’s considering certification as a “benefit corporation,” or “B corp,” which he says is “much more meaningful in terms of marketing.”

Mojo wanted a structure that was “road-tested,” Grumbles says. The cooperative structure keeps Mojo “consensus based” and doesn’t close avenues that could have been blocked if the group were a tax-exempt nonprofit, for example: lobbying, he says, or possible commercial activity. “We wanted to be able to preserve all the tools in the toolbox.”